India’s use of rupee for import, export payments could boost Iran trade

Iran is seeking to boost trade with both Russia and India at present. 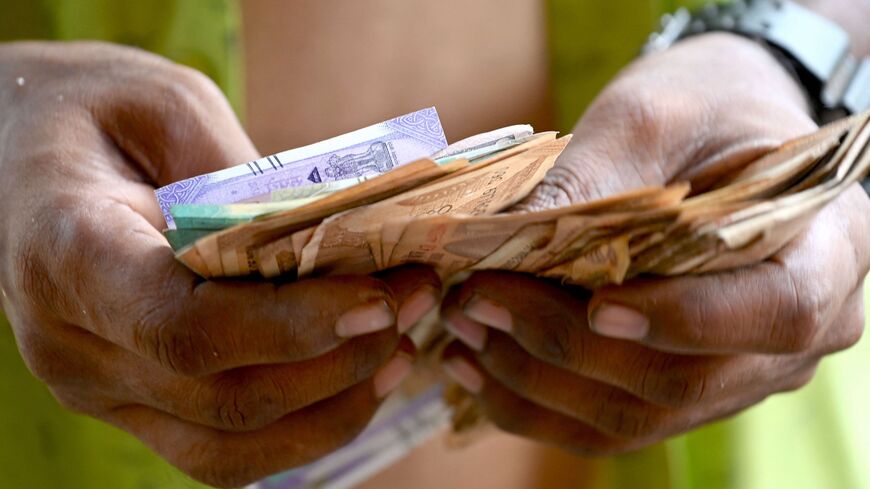 A man counts Indian rupee notes in Mumbai on May 9, 2022. - INDRANIL MUKHERJEE/AFP via Getty Images

A new Indian financial policy could help the country’s trade with Iran.

What happened: The Reserve Bank of India decided Monday to allow imports and exports to be paid in India’s currency, the rupee.

The bank had a few motivations for the move. One is India’s trade gap, meaning the country is buying more than it is selling internationally. This could be responsible for the rupee declining in value against the US dollar. Allowing trade in rupees may also help India skirt Ukraine-related sanctions against Russia, according to the Indian news outlet The Economic Times. The Russian Federation is not allowed to use the SWIFT financial system, for example.

Why it matters: The same reasoning for rupee payments facilitating Russian trade also applies to the South Asian country's trade with Iran. Some experts told Reuters that India-Iran trade will be easier in rupees due to the Islamic Republic also being subject to US sanctions.

The official Islamic Republic News Agency reported today that India will start using the rupee specifically for trade with Iran.

The decision comes at an important time for Iran’s relations with both Russia and India. Yesterday, Iran began transiting Russian cargo to India via a new trade route along the North-South Transport Corridor, the official Press TV reported. Iran and Russia are promoting the route as an alternative to Egypt’s Suez Canal.

Iranian Foreign Minister Hossein Amir-Abdollahian also visited India last month. Part of the point of the trip was to promote trade between the countries, Sabena Siddiqui reported for Al-Monitor at the time.