Hard-liners in Iranian media have praised the attack on author Salman Rushdie. 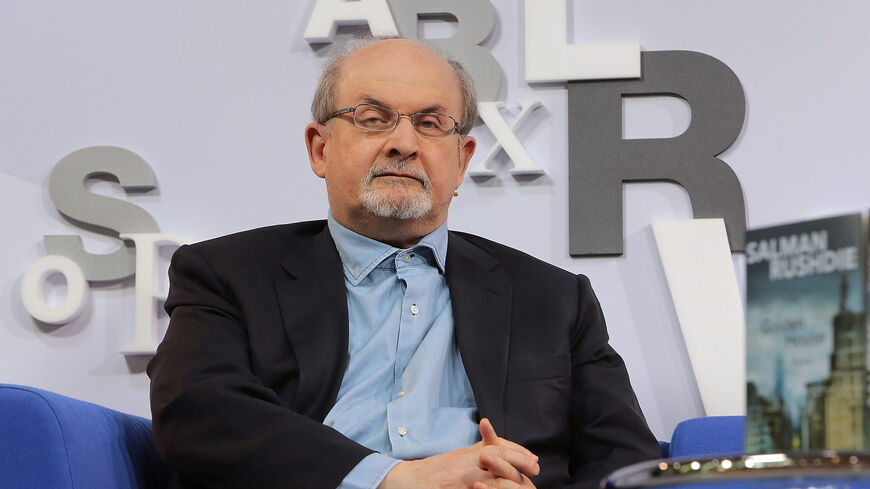 Hard-line Iranian media has praised the knife attack on the author Salman Rushdie, who once had a death sentence issued against him by the founder of the Islamic Republic, Ayatollah Ruhollah Khomeini.

The hard-line Kayhan newspaper wrote — in an article titled, “Rushdie received divine revenge, Trump and Pompeo are next” — how Rushdie’s novel “Satanic Verses” was deemed an “insult to  Islam, the Prophet and the Quran” by Khomeini. In 1989, Khomeini issued a fatwa calling on Muslims who are able to kill Rushdie and those behind the publishing of the book.

The article noted that despite living with constant US and British security, Rushdie was not able to hide and was attacked during the day while giving a speech in public. The article continued that this fact would certainly cause worry for former President Donald Trump and Secretary of Defense Mike Pompeo, as both had a hand in the assassination of Iran’s Islamic Revolutionary Guard Corps (IRGC) Quds Force commander Qasem Soleimani at a Baghdad airport in 2020. Iran has vowed revenge for the killing.

“The attack on Salman Rushdie has shown that revenge against criminals on US soil is not a difficult thing and after this Trump and Pompeo are feeling a greater sense of danger. The attack on Salman has rang the alarm bells for the agents behind Soleimani’s assassination that even under widespread security, revenge is near,” Kayhan wrote.

Javan newspaper, which is close to the IRGC, used the headline, “Hidden Arrow," for an article that speculated on a number of conspiracy theories as to why Rushdie was brought out into public to be attacked like this. The article wrote that the proximity of the attack to the nuclear talks makes it suspicious. The Javan article also wrote that the claims by the United States that Iran had sought to assassinate former national security adviser John Bolton are part of this plot.

Despite the claims by Javan, Rushdie has been living in relative openness in recent years. Immediately after the 1989 fatwa by Khomeini calling for his murder, Rushdie went into hiding and only traveled with a security detail. However, in the last few years, he has been living a more open life with public appearances. Also, the comment about the negotiations suggests that the United States would somehow present this plot to impede the Vienna negotiations to revive the nuclear deal. According to Javan’s report, this would give the United States an excuse to back out and not reenter the deal.

No Iranian government official has taken responsibility for the attack. Iran's foreign ministry spokesman, in the first official response to the attack, said that no one has the right to accuse Iran and added that only Rushdie himself deserves condemnation.

It is unlikely Tehran will ever take credit. Rushdie's attacker is an American man of Lebanese descent. Iran in the past has vowed that the fatwa by Khomeini calling for Rushdie’s death would remain in tact and would not be lifted.

Hard-liners in Iran have also called for revenge on Trump and Pompeo for the killing of Soleimani.