In an effort to lower prices, the Israeli government is encouraging companies such as Carrefour and AliExpress into the domestic market. 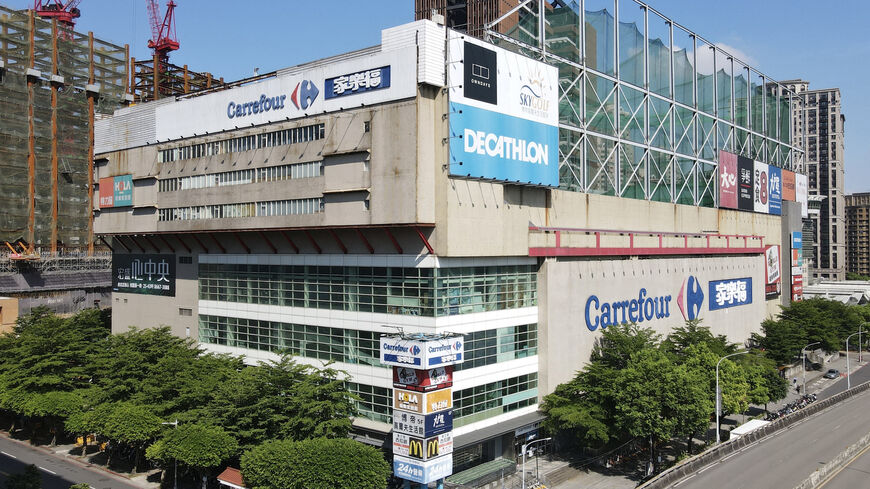 France's Carrefour is starting to sell some of its products in Israel, and Israeli consumers are eager to find out whether these products are indeed cheaper than similar local-made ones.

The arrival of Carrefour, first announced last March, was accompanied by much fanfare and hailed as an important step in forcing local competitors to reduce prices. On July 24, Prime Minister Yair Lapid warned local supermarkets, “Whoever decides to raise prices irresponsibly could wake up one morning to find themselves in competition they were not expecting. This government believes in competition and in opening markets, and it will not hesitate to take action.”

Elections in a time of economic crisis, or at the very least price hikes and inflation, tend to bode ill for a government that wants to stay in power. It is certainly true in Israel. The economy looks increasingly like it will be a major issue in the upcoming Knesset elections scheduled for Nov. 1.

Presently, the conditions don’t look promising for the outgoing government. The consumer price index for July rose by 1.1% and the annual inflation rate exceeded 5%, the highest it has been since 2008. Housing costs are one of the most serious problems facing the Israeli economy. In 2022 alone, they rose by 17.8%.

Because of all these price hikes, the Bank of Israel is expected to raise interest rates by at least 0.5%, leaving people paying more for mortgages and loans.

The opposition is taking advantage of these figures to attack the government. Former Prime Minister Benjamin Netanyahu, who wants to return to power, has already presented a plan to reduce prices while the government is trying all sorts of tools to deal with rising prices.

For instance, the government is continuing with the same measures adopted by previous administrations in easing restrictions on the importation of consumer goods. The Israeli market suffers from control by certain importers who have exclusive rights to bring in certain products. These businesses take advantage of the situation to raise prices, so they are considerably higher than those in Europe or the United States. These products include toiletries, cosmetics, diapers and popular food imports such as tuna and coffee.

In May, the Ministry of Economic Affairs released a plan to ease the bureaucracy faced by importers in order to encourage more of them to enter the market. They also eliminated the need for many of these products to meet Israeli standards by agreeing that European or American standards are sufficient.

Another approach has been granting much more extensive import licenses for fruits and vegetables. It should be noted, however, that these reforms were not as expansive as originally planned due to the opposition of local farmers and their supporters among some of the parties in the coalition. Minister of Agriculture Oded Forer was proud to announce that these reforms, which went into effect over the last few months, have already led to a drop in prices for fruits and vegetables. Still, some experts say the drop in prices was seasonal and happens every year.

A third way to reduce prices was to bring to Israel a number of international corporations specializing in various fields in order to intensify competition with local companies.

Carrefour is set to open dozens of branches in Israel, but the company has started more modestly, selling some of its branded products in local supermarkets.

The company is reportedly slated to open the first of these branches by the end of the year and within the next two years, the number of local branches will rise to at least 50. The Israeli company Electra, which has a controlling share in the local supermarket chain Bitan Wines, announced that it signed a franchise agreement with Carrefour and that most Bitan Wines branches will become branches of the French supermarket giant.

The big advantage Carrefour offers is an expansive approach to a wide range of products, offering them at prices that Israeli competitors can only dream of. Bringing the same products to Israel for lower prices should reduce prices across the Israeli market and promote fierce competition.

Carrefour isn’t the only foreign company to be getting a foothold in Israel. It will be joined by other international chains as well. This development can be attributed, at least in part, to the Abraham Peace Accords between Israel, the United Arab Emirates, Bahrain and Morocco that led to the normalization of relations between the countries.

These accords are slowly leading to the lifting of the economic boycott of Israel, dating back to the 1970s. Close ties with the Emirates, an enormous international trade center, have inevitably led to ties with other major international corporations and suppliers.

Ties with Carrefour, for instance, were established during a meeting in Dubai this February between the director of the Ministry of Economic Affairs, Ron Malka, and senior representatives of the French chain.

According to reports, Malka also met with representatives of other top companies, including Lulu, a supermarket chain with thousands of branches in India, the Far East and the Middle East, as well as Britain’s Waitrose & Partners. These companies are waiting for the results of the Carrefour experiment before diving in. Should that experiment succeed, they will be soon to follow.

Another commercial giant that reported plans to enter the Israeli retail market is Ali Express. This online marketing giant already commands online sales in Israel. In July, for instance, 64% of Israeli online purchases from international companies were made via Ali Express, compared to 8% for Amazon and just 4% for Ebay.

It is really no surprise that the company decided to shorten the sales process and make its service more efficient for Israeli consumers. According to an informal report by the manager of a consumer group for AliExpress, the Chinese online retail giant has already rented storehouses in the Airport City complex near Ben Gurion Airport.

The AliExpress website indicates that the company has already launched a pilot program. Several dozen products are now described as being “sent to Israel from Israel” and offered with an expedited delivery of just three days to a week.

The products in this category are limited and include kitchen faucets, a brush for window-cleaning and a garden hose. The cost of delivery from Israel is not set, either. For some products, delivery is free, while for others, the cost can be 20 shekels or more. At this stage, there is still no official confirmation that the website has opened any warehouse facilities in Israel or in Airport City.

The news was reported by Yaniv Porat, the Israeli manager of the AliBuy website, which works with the Chinese company.

“I work closely and steadily with them because of the consumer group that I manage. They informed me of the opening of their warehouses as part of my regular work with them. AliExpress considers Israel to be an important market, so they want to reduce costs in Israel and make delivery routes shorter,” Porat told the press. “They have already taken similar steps in other strategic countries, including Russia, the US, Spain and Brazil.”

The opening of a delivery center and warehouses in Israel should also result in lower prices for Israeli consumers. But will it have a lasting economic effect? It doesn’t look like it, at least for the upcoming elections. Experts say that complicated processes like introducing foreign companies into the market take time and it will probably take years to gauge their true impact.