The Religious Zionism primaries show how far the national-religious stream has veered to the right. 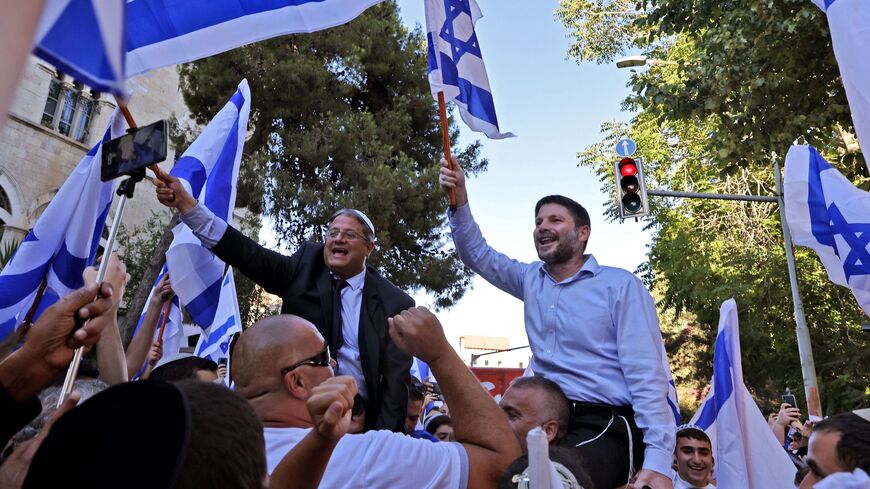 The far-right Religious Zionism party held its primary yesterday to determine the composition of its Knesset list for the upcoming November elections. While the outcome was certainly crucial for party leader Bezalel Smotrich, it was also very important to opposition head Benjamin Netanyahu.

The right-wing Likud party held its primary on Aug. 10. With that battle behind him, Netanyahu can now focus on the Knesset lists of his potential allies, Religious Zionism among them. Netanyahu heads a conservative, Orthodox and ultra-Orthodox bloc and its constituent parts depend on each other. If any of them fail to win sufficient support on Nov. 1, it will bring down the entire structure.

Judging by the results published last night and reactions within the Likud, Netanyahu can breathe a sigh of relief. Religious Zionism's members picked four respected incumbent lawmakers as its top candidates for the upcoming elections. Some 17,000 party members took part in the internal voting.

Netanyahu is building his comeback on an image of national responsibility and respectability for his bloc. Both he and Smotrich feared party members would pick unknown, marginal ultra-right candidates and thus bolster the rival bloc's chances of mobilizing support among more moderate voters on the right.

Smotrich was largely responsible for Netanyahu’s failure to put together a multiparty government following the 2021 elections due to his adamant refusal to join forces with the Islamist Ra’am, whose votes Netanyahu needed to form a Knesset majority. His principled stand is now scoring points with constituents and Religious Zionism’s sister party Yamina, led by former Prime Minister Naftali Bennett, has collapsed in recent weeks.

Bennett’s former political and ideological sidekick, Interior Affairs Minister Ayelet Shaked, has been trying to resurrect Yamina’s fortunes with a new party called “Zionist Spirit” as a less radical alternative to the Religious Zionism party. Shaked insists she is aiming to ensure a broad-based government comprised of both left and right-wing parties following the coming elections. She clearly does not mean for it to include Smotrich.

These latest twists in religious Zionist politics spotlight the transformation of the mainstream National Religious Party. Over the past decade it has evolved into the Jewish Home party and some smaller splinters and become firmly grounded in the radical political right that advocates an overhaul of the legal system and opposes negotiations with the Palestinians and cooperation with Israel’s Arab parties.

Judging by the most recent poll findings, most of its electorate, the national religious stream, does not view Shaked as an alternative. Smotrich, on the other hand, is far more their cup of tea, as is the even more popular chair of the Jewish Power party, Knesset member Itamar Ben-Gvir.

These two parties ran together in 2021 and polls show them winning 10 or more Knesset seats if they do so again. However, Smotrich and Ben-Gvir are divided over the representation of each of their parties on a united slate and may not run together. Polls show each crossing the electoral threshold of 3.25%, while Shaked’s party is unlikely to make it into the next Knesset.

Religious Zionism's chosen incumbent lawmakers include Ofir Sofer, a former IDF officer considered an active, respected and mild-mannered politician. Next in line is Orit Strock, a Jewish settlement leader in the West Bank town of Hebron who established a human rights organization for Jewish settlers. Then there is Simcha Rothman, an attorney whose flagship project is legal reform and who favors a halt to Netanyahu’s corruption trial. There is also Michal Waldiger, another attorney, who champions health care reform. The only new face is Zvi Succot, a resident of the radical West Bank settlement of Yitzhar.

Smotrich leads the list, which is comprised of figures whose activity transcends left-right politics on issues such as mental health. He describes the list as “experienced people with a record of action,” calling it an “excellent team that will help us win the elections.”

Referring to the current government that is dependent on an Islamist party and has relied as well as on the support of the Joint List in some instances, Smotrich urged all party leaders of his bloc to pledge in writing that they would not form a government with representatives of Israel’s 21% Arab minority under any circumstances.

Yesh Atid, the party of caretaker Prime Minister Yair Lapid, called this Religious Zionist party slate “misogynous, homophobic, racist and dangerous.” The party warned that Netanyahu would “make their messianic dreams come true and in return they will cancel his trial.”

The Netanyahu bloc’s prospects are somewhat unclear, given the split among its member parties. For now, there are no signs of a union among the various parties to the right of the Likud.

If Smotrich and Ben-Gvir reconcile, the merger of their lists will push some of those elected in the Religious Zionist primaries lower. Smotrich signaled this week that he was still interested in joining with Ben-Gvir, referring to Netanyahu's call for unity, a tactic he used prior to the previous elections to bring the two together.

"We all have one common goal: forming a strong and stable national government for the next four years," Netanyahu said. “To that end, we must first and foremost join forces, not split them. That is why I am calling on the Religious Zionism party and Jewish Power to run together. We cannot take a risk. Only a joint run will ensure with certainty that the two parties pass the electoral threshold.”