Another solar project completed in Syria

Solar power is slowly growing in both government and rebel-controlled parts of Syria. The war-torn country suffers from electricity cuts. 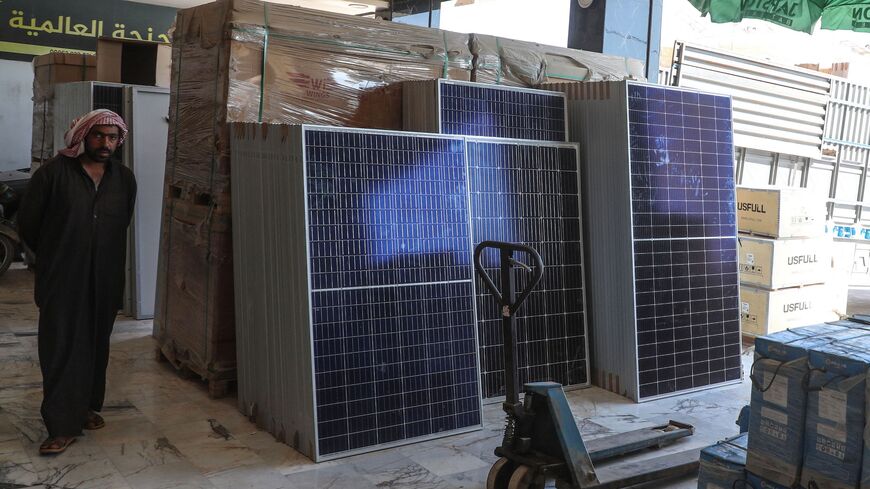 A man stands near solar panels displayed at a shop in the town of Dana, east of the Turkish-Syrian border in the northwestern Syrian Idlib province, on June 10, 2021. - AAREF WATAD/AFP via Getty Images

A 1-megawatt solar power station in the town of Autan has been connected to the electrical grid. The station features 10 inverters, which convert energy to electricity, and 1,818 solar panels, the state-run news outlet SANA reported today.

Autan is located between the central city of Homs and Syria’s Mediterranean coast.

One megawatt of solar energy can power roughly between 50 and 250 homes in the United States, according to the DC-based Solar Energy Industries Association.

Why it matters: Solar energy is gradually becoming more popular in Syria. In March, the government unveiled another solar power facility in Jdeidat Yabous near the Lebanese border. Another solar facility powers five villages in Jableh near the coast. Both areas are under government control.

Some parts of the rebel-held Idlib province, which has been devastated by the war with the government, are also using solar panels to provide electricity, The New York Times reported last year.

Syria suffers from electricity cuts, in part due to the damage the war has done on infrastructure.

Know more: Syria’s neighbors are also pursuing solar energy. Jordan recently reported an increase in the use of solar power for energy. An Israeli solar company also recently agreed to build a solar plant on land owned by Bedouins in the Negev Desert.