Supporters of firebrand cleric and political kingmaker Moqtada Sadr, who has hundreds of thousands at his beck and call, came in late July when they stormed parliament and then set up camp on the lawns outside - AHMAD AL-RUBAYE
by Laure Al Khoury
August 18, 2022 — Baghdad (AFP)

In the capital of crisis-torn Iraq, two tent cities have sprung up as rival Shiite blocs have set up protest camps, complete with cooked meals and air-conditioners against the blistering heat.

As the war-scarred country's political impasse has dragged on ever since inconclusive October elections, both sides are digging in for the long haul in and near Baghdad's high-security Green Zone.

Supporters of firebrand cleric and political kingmaker Moqtada Sadr, who has hundreds of thousands at his beck and call, came in late July when they stormed parliament and then set up camp on the lawns outside.

The gathering is a show of strength by Sadrists against their Shiite opponents from a pro-Iran faction called the Coordination Framework, in the midst of a tug-of-war over Iraq's political future.

The pro-Iranian group followed suit by organising their own sit-in, on an avenue leading to the Green Zone, the district housing government institutions and foreign embassies.

The camps are organised in the "mawkeb" tradition, where stalls provide food and drinks to pilgrims during Ashura and Arbaeen -- two major festivals on the Shiite Muslim calendar -- on their journey to the holy city of Karbala.

"We grabbed our pillows and came," Fadel Rahman, a 33-year-old Sadrist, told AFP. 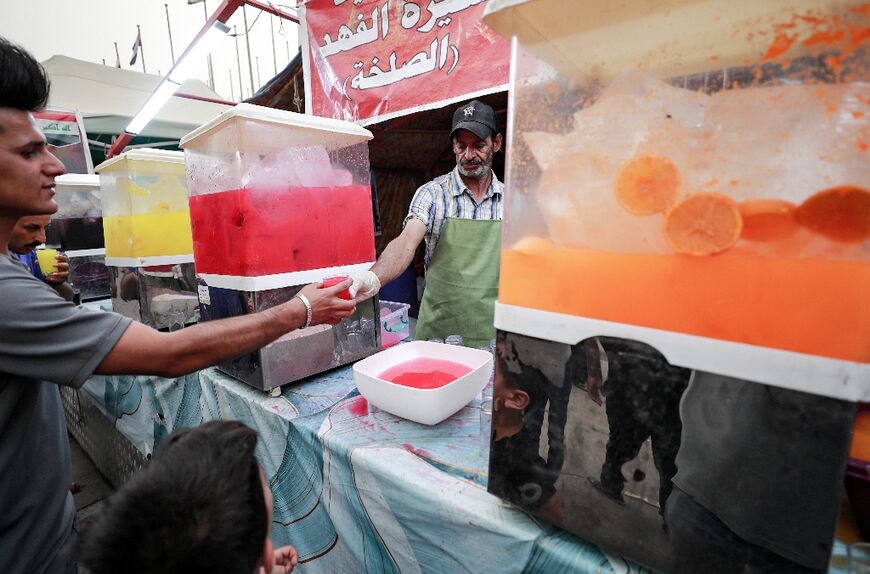 Along with about 20 other people, he said he helped to finance a mawkeb with a contribution of about $170.

"We serve meals to the protesters. There is tea and cold water, which is the most important thing in this heat," Rahman said, as temperatures soared above 40 degrees Celsius (104 Fahrenheit).

His demand is "to remove the corrupt" -- a catch cry of Sadrists who are seeking the dissolution of parliament and an early general election.

More than 10 months on from Iraq's last legislative election, the country still lacks a prime minister and government. 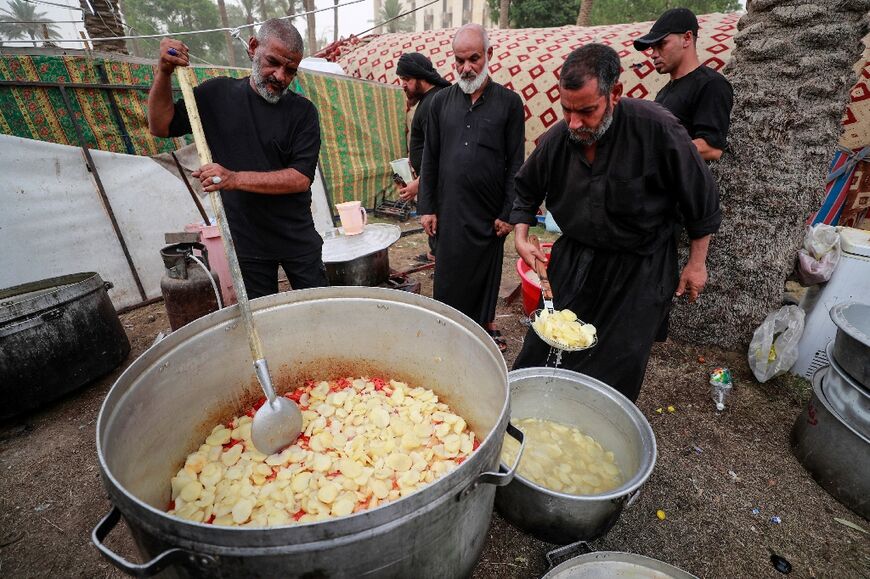 Negotiations to end the crisis have stalled against a backdrop of behind-the-scenes haggling and a flood of bitter invective between the two rival camps.

The avenue leading to the parliament building in Baghdad is lined by colourful tents shielding the Sadrists from the sun. 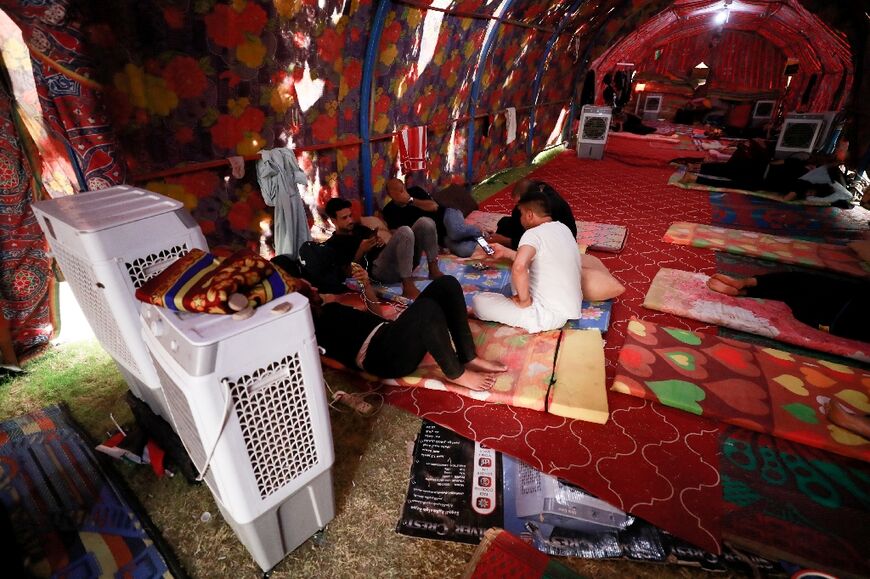 The lucky ones have mobile air-conditioners that are plugged into the parliament's power supply. Sandwiches are distributed to them by volunteers.

The back of a pick-up truck has been transformed into a mobile canteen where stews, rice and beans simmer in large pots.

"Every night we get together with my friends to decide on the next day's menu," said Mohamed Hussein, 33, sweating under the sun as he served up lunch.

In the opposing camp, supporters of the Coordination Framework are less numerous than the Sadrists. 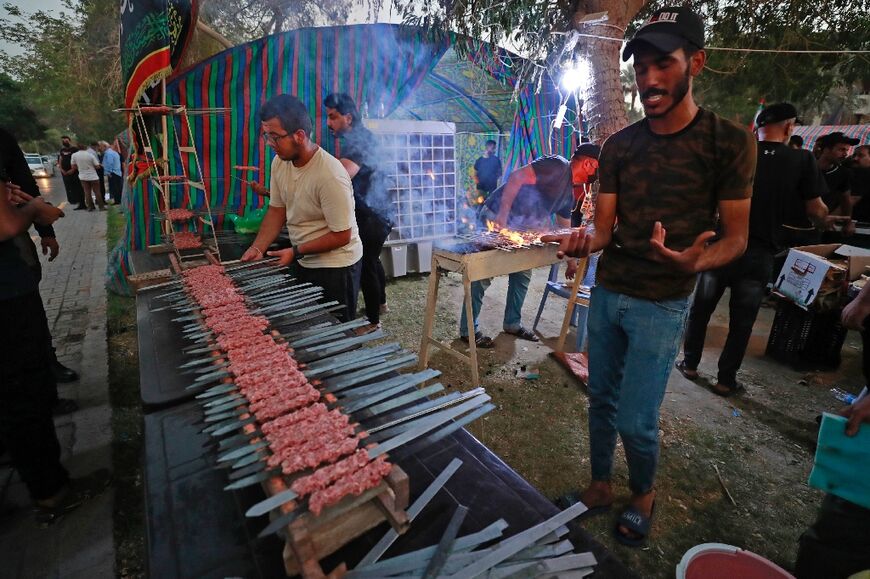 They have occupied an avenue leading to the Green Zone for a week, demanding a government capable of improving the daily lives of Iraqis and solving electricity and water shortages, among other problems.

A banner hanging from a tent calls for "Respect for state institutions, especially the legislative and judicial branches".

The Coordination Framework is also seeking support from the mawakeb, according to one official. 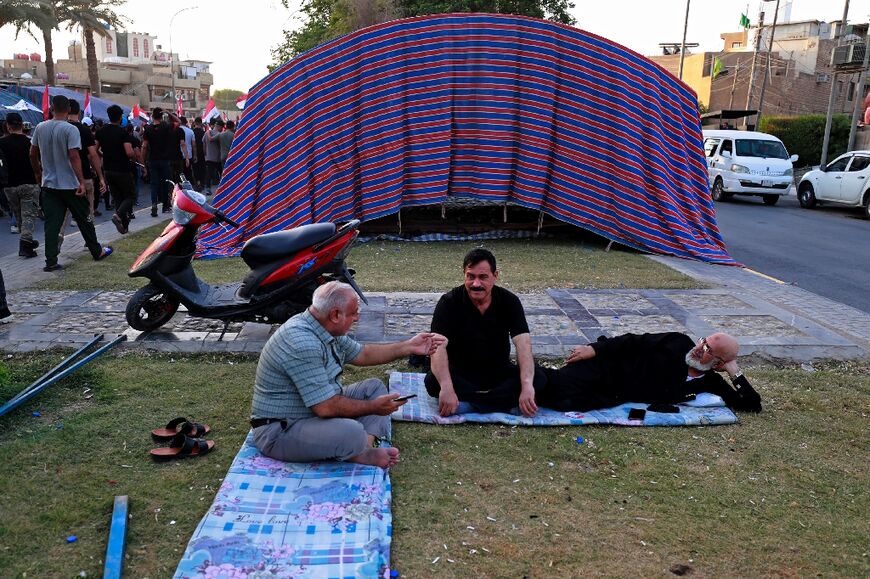 "Thousands of people are affected by the delay in forming the government. They are willing to provide any form of support for a government to be formed," he said, asking to remain anonymous.

One of the protesters at the sit-in, 45-year-old Abu Ali al-Zayadi, said it was here to stay "until the realisation of our legitimate demands, and especially the formation of a government".