"We have no work," said the man in his forties as a lone fan pumped hot summer air around his clothes store.

The two camps are "defending their personal interests", he charged, declining to provide his surname due to security concerns.

Supporters of firebrand cleric Moqtada Sadr, who once led an anti-US militia and who has millions of devoted followers, stormed Iraq's parliament late last month and began a sit-in, first inside the building and then in its grounds.

They were angered after their Shiite rivals, the pro-Iran Coordination Framework, nominated a candidate they saw as unacceptable for prime minister. The Sadrists are now demanding early elections.

The Framework brings together the party of ex-prime minister Nuri al-Maliki, a longtime Sadr foe, and the Hashed al-Shaabi, a pro-Iran former paramilitary network now integrated into the security forces. 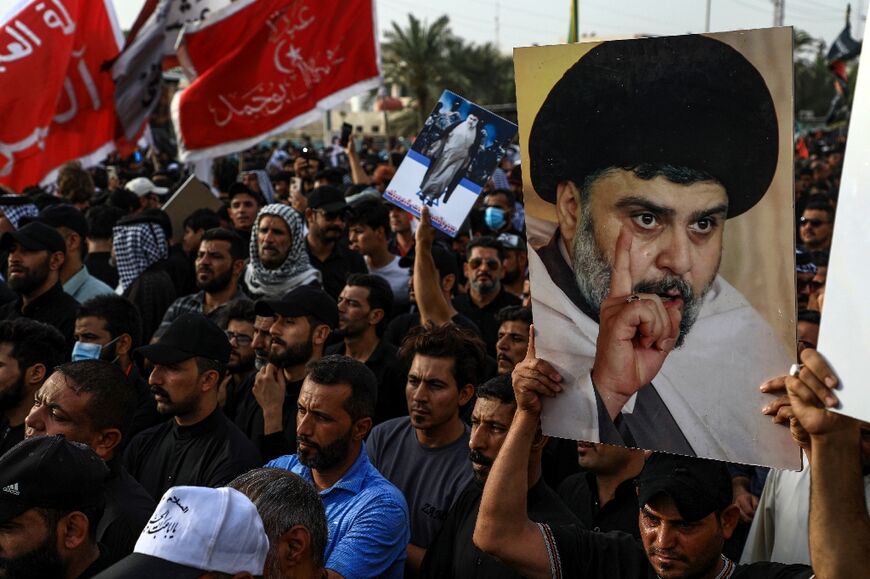 The alliance says it wants a new government as quickly as possible, and its supporters on Friday began their own sit-in to press for that demand.

Framework supporters have set up tents on a road leading to the Green Zone, which is home to government and diplomatic buildings -- including parliament.

Mustafa, whose shop is around five kilometres (three miles) from the area, says his customers have stopped coming.

The two camps started protesting "and economic activity took a hit", he said, with his eight-year-old son sitting beside him. 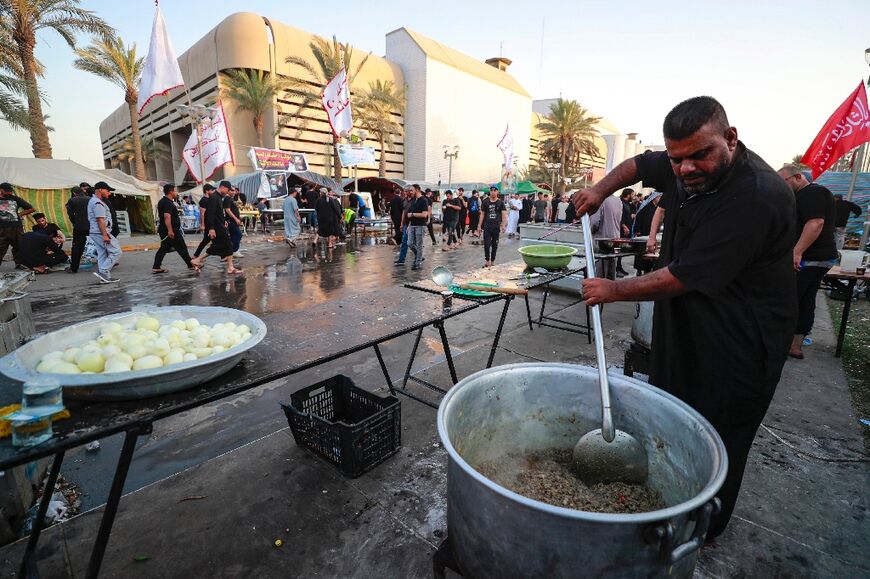 "Since 2003, not a single politician has governed the country properly," Mustafa complained, referring to the year of a US-led invasion that toppled longtime dictator Saddam Hussein.

Iraq has been ravaged by decades of conflict and endemic corruption.

It is blighted by ailing infrastructure, power cuts and crumbling public services, and now faces water shortages as drought ravages swathes of the country.

Despite its oil wealth, many Iraqis are mired in poverty, and some 35 percent of young people are unemployed, according to the UN.

The Sadr camp says it wants to fight corruption and bring change. 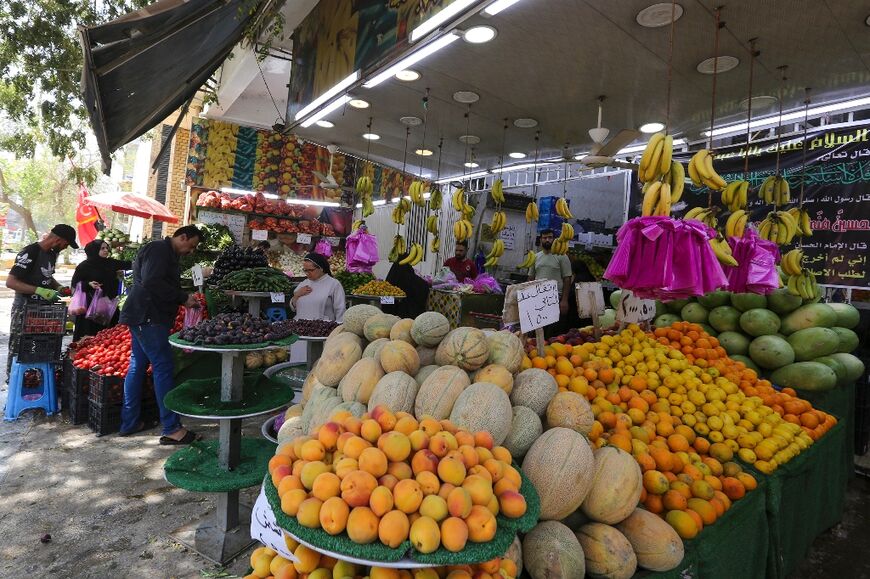 The Coordination Framework says it wants a government that can offer solutions to everyday problems like the electricity and water crises.

"Both times, I regretted it." 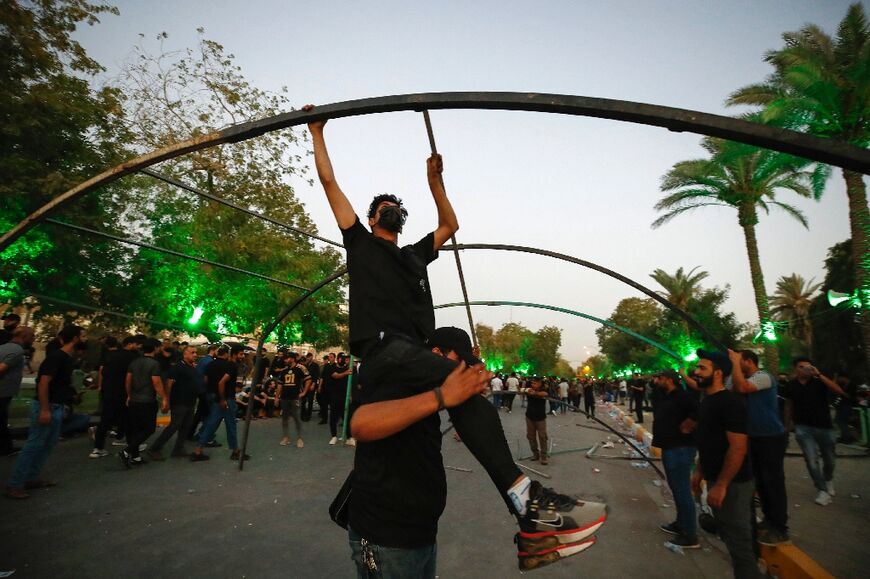 An anti-government protest movement that erupted in late 2019 was instead met with a deadly security crackdown.

"We didn't even manage to cross the bridge that led to the Green Zone," said 50-year-old communist activist Ali Jaber, recalling the 2019 protests.

"It took them eight minutes," the civil servant said of the Sadrists, alleging "indulgence" by the security forces.

He dismissed the demands of both the Sadrists and their rivals.

"It's not a fight to build a state, it's the ultimate political conflict in the name of their own interests," he said. "They are in another world."

Analyst Lahib Higel from the International Crisis Group said the demonstrations were "less a people's revolution than an intra-elite fight, mainly pitting Sadr and his political backers against Maliki and his".

The standoff has "exposed once more the fragility of Iraq's post-2003 political system", she said.

"While the oligarchical elites have come together after each previous election to divvy up shares of the government pie, they seem no longer able to do so."

Ahmed, 23, said he was a Sadr supporter but didn't follow politics much. 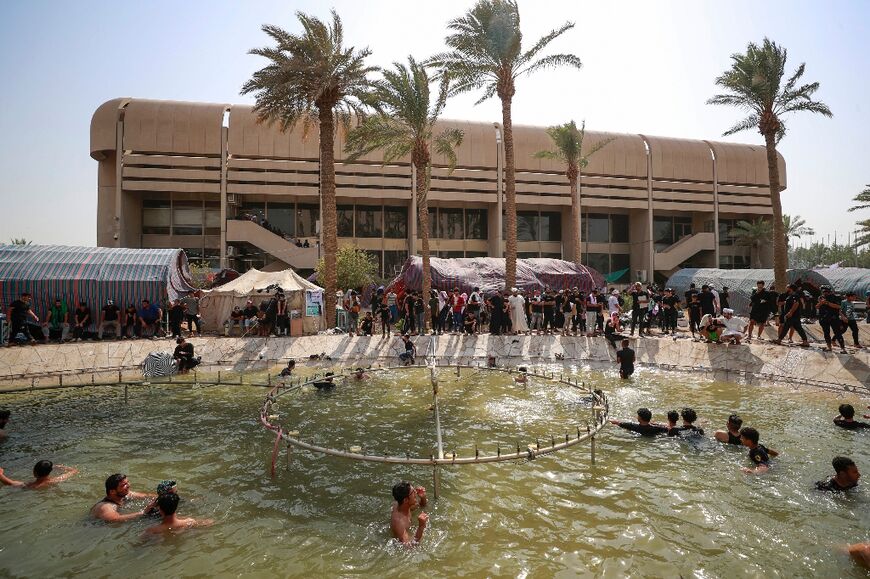 "It gets on your nerves," said the law student, also declining to provide his surname due to security concerns.

He works in a phone shop with his brother, and said daily life was difficult.

"Today, without electricity, we have to sleep with blocks of ice," he said.

"At parliament, there are no power cuts."