Opponents of populist Shiite cleric Moqtada Sadr launched their own Baghdad sit-in Friday, nearly two weeks after Sadr supporters stormed parliament and began an open-ended protest first inside, then outside the legislature.

The opposing encampments are the latest turn in a standoff between Iraq's rival Shiite blocs which has so far remained peaceful in the war-scarred country.

The pro-Iran Coordination Framework said it would hold an "indefinite sit-in" to press for a new government to be formed quickly to end months of deadlock.

The announcement came in a statement read out to thousands of the bloc's supporters who had gathered on an access road to the capital's Green Zone, home to government and diplomatic buildings, as well as parliament.

"We don't know how long we're going to stay," said Abu Jabal, a 32-year-old day labourer. "Five months, 10 months, we don't know. Everything is ready, there will be food." 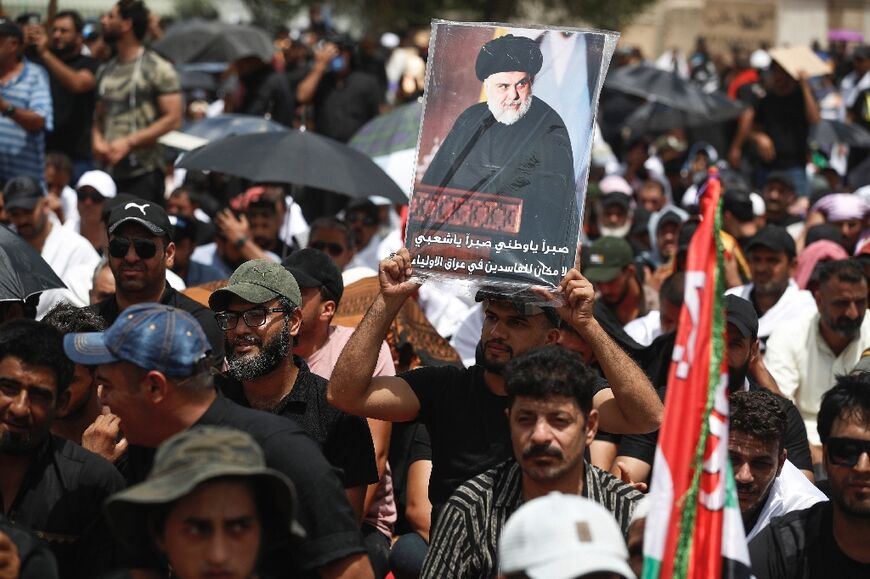 An AFP correspondent saw protesters assembling large tents in readiness to camp out.

Loyalists of Sadr, a revered Shiite cleric who once led a militia against US and Iraqi government forces, have been demanding fresh elections after the Coordination Framework named a candidate for the premiership.

The Coordination Framework -- an alliance that brings together the party of ex-prime minister Nuri al-Maliki, a longtime Sadr foe, and the Hashed al-Shaabi, a pro-Iran former paramilitary network now integrated into the security forces -- wants a new government as quickly as possible.

A statement from the alliance demanded the "formation of a new government" that would provide public services and solutions to power outages and water shortages. 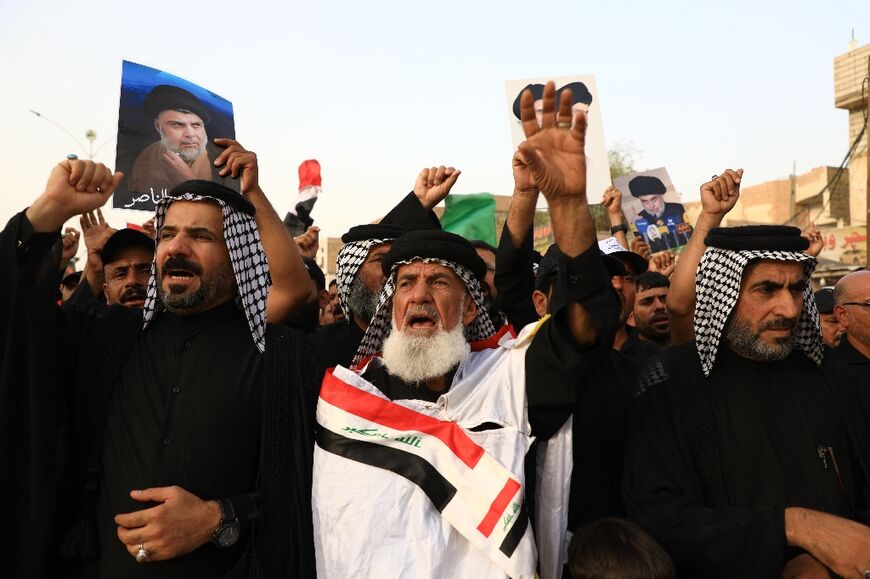 Maliki said in a statement that Friday's mobilisation showed "no party can take hold of the street at the expense of another".

"We're here to protect the state and the constitution," said Abu Mehdi, a protest organiser from the city of Hilla, south of the capital.

"Give the Coordination Framework the chance to form a government."

Earlier in the day, thousands of Sadr supporters gathered near parliament for the Muslim weekly prayers.

A week earlier, Sadr had called out tens of thousands of his followers for prayers in the area.

For nearly two weeks, his supporters have held daily sit-ins, first inside the legislature and later on its grounds. 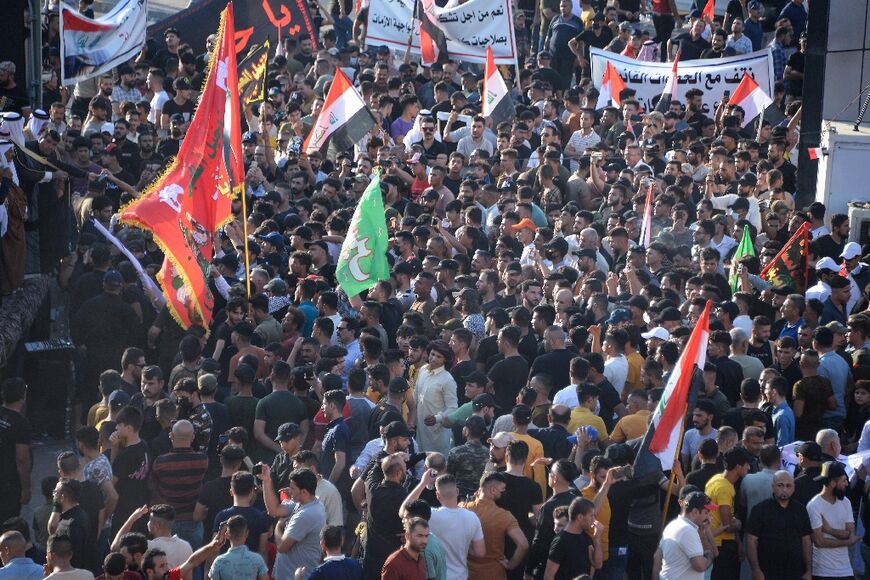 Their protest reflects months of failed negotiations by Iraq's political forces to form a new government after inconclusive October elections.

Outside parliament Umm Hussein, a Sadr supporter in her 50s, said she was there to protest "the regime that for 20 years has done nothing for the people, except plunder and steal public money".

"Ninety percent of the population live in poverty, in sickness, in hunger," she complained, demanding "new faces" at the helm who would "serve the people". 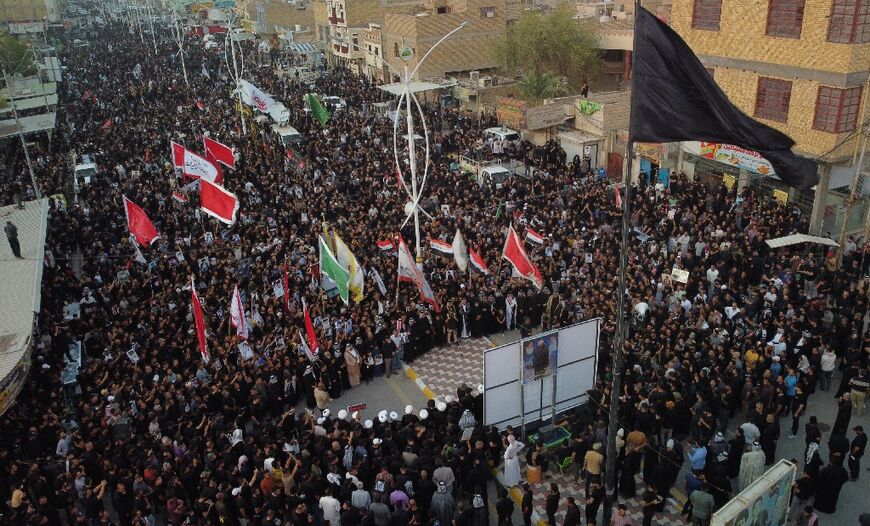 On Wednesday, Sadr demanded that the judiciary dissolve parliament by the end of next week, as part of his call for new elections.

To further his campaign, Sadr called on his supporters to petition the courts en masse.

Stewards handed out printed forms outside parliament on Friday, to which demonstrators only had to add their names and signatures.

The Framework had initially said they were conditionally open to new elections.

Asked what he would do if the courts rejected the petitions, 32-year-old engineer Ahmed al-Ibrahimi said: "Revolution is a lengthy struggle. Beating the retreat is not in our vocabulary.

"We will keep up our sit-in and we will maintain our demand for the overthrow of this corrupt political junta."

Also on the street Friday were dozens of supporters of an anti-government protest movement that erupted in late 2019.

"Both camps are part of a corrupt system that steers the country," said Ali Jaber, a 50-year-old communist activist, alluding to the rival Shiite blocs.

"Getting rid of them is thefirst step to fulfil the dreams of the Iraqi people," he said from a Baghdad square.