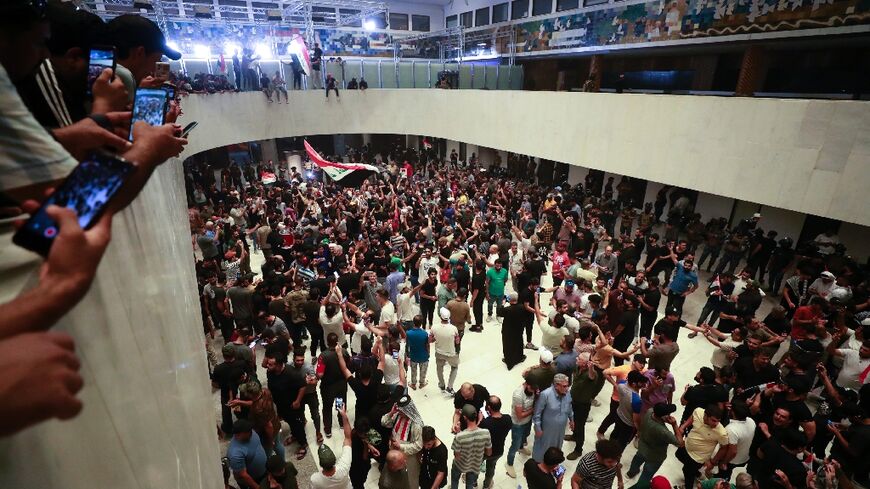 The storming of Iraq's parliament by hundreds of supporters of populist Shiite cleric Moqtada Sadr has piled pressure on his political opponents working to form a government nearly 10 months after an election.

The protests are the latest challenge for oil-rich Iraq, which remains mired in a political and a socioeconomic crisis despite soaring energy prices.

Is Iraq heading towards more protests and a deepening crisis? Or will it be obliged to hold fresh polls?

- What were protests about? -

But it was still far short of a majority. 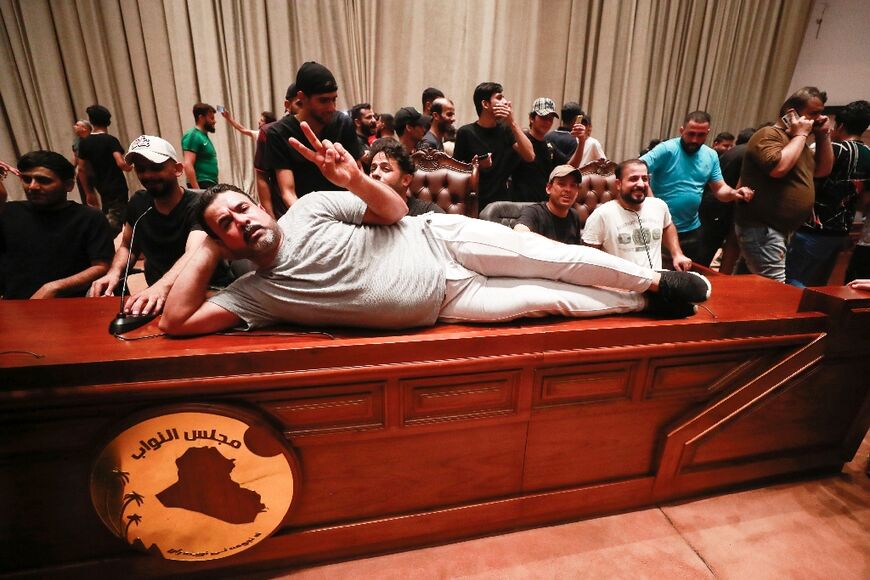 In multi-confessional and multi-ethnic Iraq, the formation of governments has involved complex negotiations since the 2003 US-led invasion toppled dictator Saddam Hussein.

By convention, the post of prime minister goes to a leader from Iraq's Shiite majority.

Sadr, a former militia leader, had initially supported the idea of a "majority government".

That would have sent his Shiite adversaries from the pro-Iran Coordination Framework into opposition.

But last month Sadr's 73 lawmakers quit in a move seen as seeking to pressure his rivals to fast-track the establishment of a government.

Sixty-four new lawmakers were sworn in later in June, making the pro-Iran bloc the largest in parliament.

It was clear message from Sadr to his rivals "that there will be no government... without his agreement", said the political scientist Baidar.

"Via the masses, he signifies that he is an active player in the political landscape, that all must respect his positions and opinions, that nothing can be done without Sadr's blessing."

Mansour said the protests were Sadr's warning that he aims to "use street power to bring down his opponents' attempts to form a government". 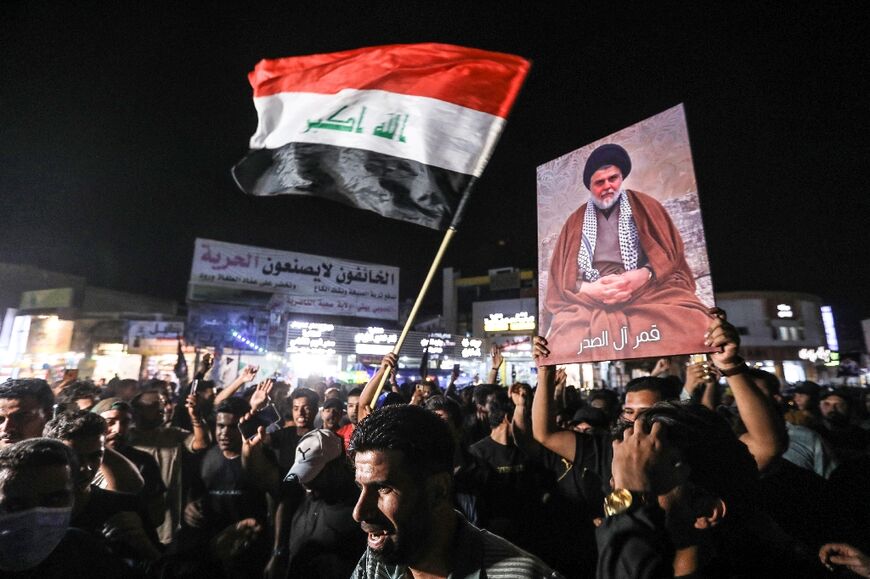 The protesters on Wednesday left peacefully after nearly two hours inside parliament -- after Sadr issued messages calling for them to go home, saying they had "terrorised the corrupt".

But it was far from the first Sadr has encourage protest to show his strength on the streets.

Earlier this month, hundreds of thousands of Muslim worshippers loyal to Sadr attended a Friday prayer service in Baghdad in a display of political might.

Baidar fears "the situation is heading for further escalation", noting that Sadr's rivals are in a tough position too.

"The Coordination Framework risks being weakened if it presents an alternative candidate to satisfy Sadr", he argued.

But Mansour said the Framework was riven with "many internal rivalries".

Some members are "worried about working without Sadr" because without his backing, such protests as happened on Wednesday "would become a reality to the future government, when and if it is eventually formed."

- Will there be fresh elections? -

One option could be to hold fresh elections.

"That's definitely something that has become more realistic after the recent developments," said Mansour. 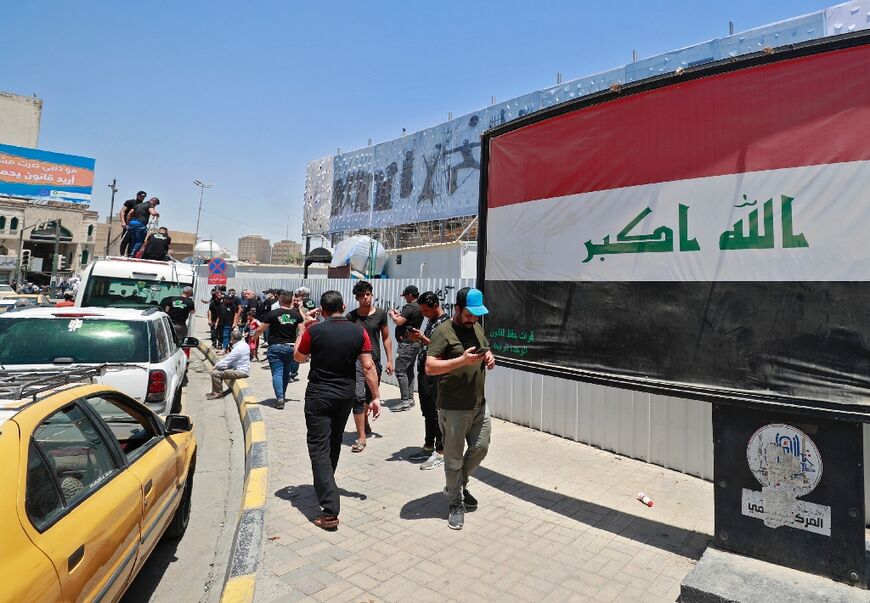 "The Sadrists are hoping that by showing themselves as an opposition force instead of being in the government... could actually attract more votes."

But political scientist Ihsan al-Shammari, from the University of Baghdad, said that under pressure from Sadr, the current assembly could be paralysed.

"Part of Sadr's strategy is to besiege parliament," he said, suggesting Sadrists could organise a sit-in at parliament or launch a campaign of civil disobedience.

Storming parliament was "only the first step", said Shammari. "The message is clear, Sadr and his supporters are ready to go further than that."