Tunisian President Kais Saied has called on the government to immediately address the water crisis in the country, where millions who rely on agriculture are facing the threat of thirst amid repeated water cuts and the disruption of work of the concerned institutions. 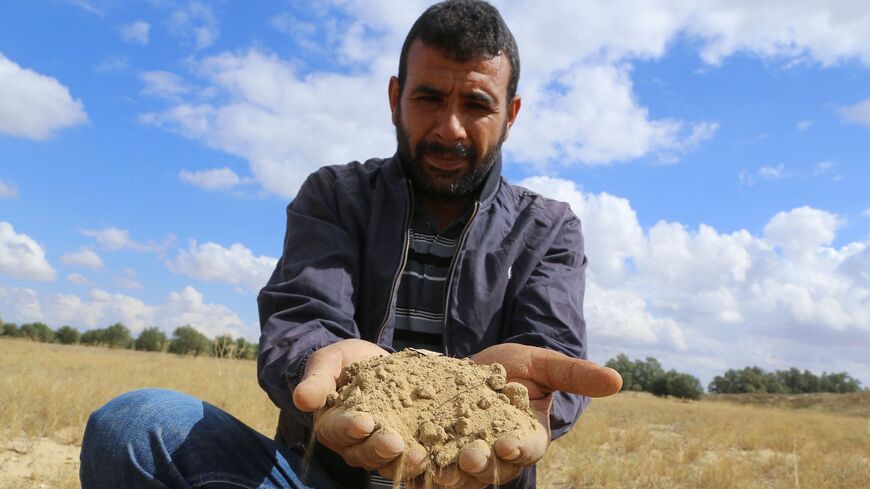 A farmer holds a handful of soil parched because of drought in Tunisia's east-central area of Kairouan, on Oct. 20, 2021. All four Maghreb states -- Tunisia, Libya, Algeria and Morocco -- are among the 30 most water-stressed countries in the world, according to the World Resources Institute. - ANIS MILI/AFP via Getty Images 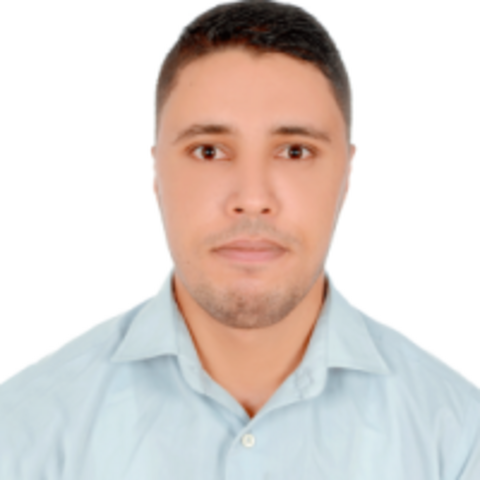 TUNIS — Millions of Tunisians face the specter of thirst due to frequent water cuts by authorities, prompting President Kais Saied to pressure the government into finding urgent solutions to the water crisis.

During a visit to Bizerte governorate in northern Tunisia on July 19, Saied denounced the water cuts: “It is 45 degrees Celsius and water supply is shut off while swimming pools and water bottles are full.”

Remote areas in Tunisia — especially where agriculture and livestock breeding abound — already suffer from water scarcity, thus exacerbating the crisis in a country suffering from economic collapse and a worsening political crisis.

This comes at the same time that Tunisia — like much of the world — is facing challenges importing wheat due the Russian invasion of Ukraine. Tunisia is already heavily dependent on imports — about 80% of its soft wheat is imported, with nearly half of that coming from Ukraine.

In the countryside of ​​the Faj al-Tamr area in El Kef governorate in the northwest, Fathi, 54, lines up to fill plastic bottles from a waterfall that sometimes dries up due to the large number of people using it.

“There is nothing that gives us pleasure in the country. We have even become deprived of water, which is the basis of life. While our animals are in dire need of every drop of water, the authorities sit idly by without taking any serious steps to put an end to our suffering,” Fathi told Al-Monitor.

“We have lost confidence in the authorities’ promises. This is by no means a recent crisis, especially for us residents of countryside areas, which are no longer livable due to the absence of jobs. The water crisis dates back to before the 2011 revolution, yet the successive governments since the revolution have failed to resolve it," he said.

There are a large number of wells in the areas suffering from the water crisis, but the well water is not always suitable for drinking in the absence of any monitoring mechanisms or tools to immunize them against waste, among other things.

Moez, 43, who was also lining up to fill his bottles in Faj al-Tamr, told Al-Monitor, “We used to rely on wells for water supply, but these are not subject to any control today.”

“The problem lies in the fact that there are people who throw animal corpses into wells, or domestic waste, which makes them unhealthy even for animals. This exacerbates our suffering, with no solution in sight,” he added.

Tunisian officials warned in the past that the country may witness a water deficit in 2023. But it seems no serious steps have been taken to prevent this at a time when all political leaders, including President Saied, are engaged in battles over their positions.

The Tunisian government previously relied on “water associations,” which are decentralized institutions in charge of securing the supply of water to thirsty areas. But these associations have plunged into several crises due to bankruptcy and corruption, thus disrupting water supplies to several areas of Tunisia, especially in the north.

During a meeting with Minister of Agriculture Mahmoud Elias Hamza on June 27, Saied — who is facing widespread opposition over a series of measures he has taken since last year that are seen as cementing his one-man rule — called on the ministry to make sure these water associations help resolve the water crisis.

“Tunisians are complaining of thirst in many regions for several reasons, including the adopted water policy. The water associations must address the crisis,” Saied said.

Alaa al-Marzouki, head of Tunisia's WatchWater, told Al-Monitor that Saied’s call to restore the water associations’ role is a positive step to solve the water crisis Tunisia is suffering from. But, he stressed, this call will not achieve any results if no suitable mechanisms are adopted to address the crisis.

“Three million Tunisians are threatened with thirst so long as water associations do not return to work. We have more than 1,400 associations that were working to provide water to areas that are not supplied with water, but at least 30% of these associations have stopped working,” he added.

There are growing concerns in Tunisia over the repercussions of the water crisis amid growing popular anger in several regions in the absence of job opportunities and given the scarcity of water in areas that depend on agriculture.

Abdullah al-Rabhi, secretary of state to the Ministry of Agriculture, Water Resources and Fisheries, told Al-Monitor that many cities will disappear in Tunisia in the coming years because their residents will not be able to survive where even the most basic necessities of life, namely water, are absent.

Rabhi explained that “Tunisia is one of the many MENA countries suffering from water scarcity. The yearly per capita share of water does not exceed 450 cubic millimeters, as water is consequently scarce in such countries, which include Jordan and Morocco, among others.”

Although the referendum on the new constitution was the most serious test for Saied at this stage a year into his term, the water problem may constitute the biggest challenge yet for both the president and his government, especially considering that agriculture is one of the pillars of the country’s economy.