US confirms first ambassador to Sudan in 25 years

John Godfrey has experience in the region and hopes to support efforts to return Sudan to a democratic transition, yet the leeway he will ultimately have remains to be seen. 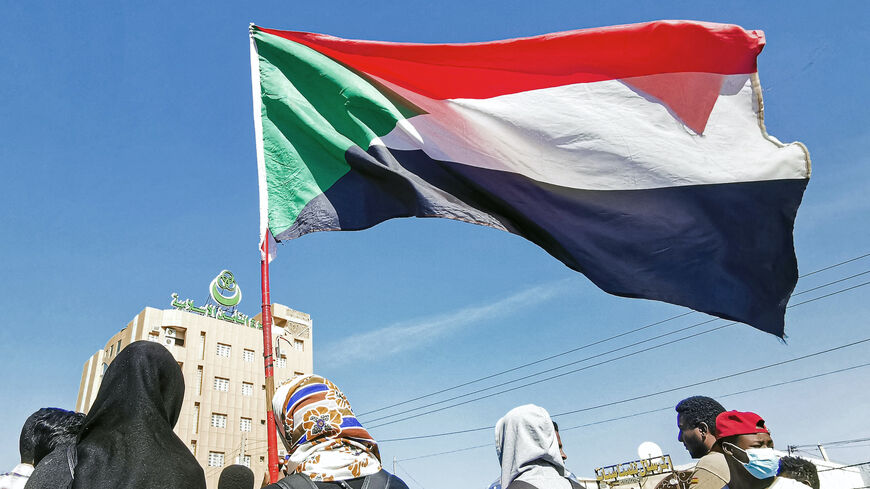 Completing a process that has been long in the making, on July 14 the US Senate finally confirmed John Godfrey, a career member of the Senior Foreign Service, as the country’s new ambassador to Sudan. Godfrey, who is expected to assume his post in Khartoum imminently, will become the first fully ranked US ambassador to Sudan in 25 years.

In his certificate of competency, the State Department primarily valued his experience in security matters, given that prior to assuming the position of ambassador to Sudan Godfrey served as acting counterterrorism coordinator and as acting special envoy to the Global Coalition to Defeat ISIS (Islamic State) in the department’s Counterterrorism Bureau.

“His demonstrated ability to work effectively across interagency lines on complex counterterrorism issues, his knowledge of Africa and the Middle East, and his experience as a leader in the field — including in challenging security environments — make him a well-qualified candidate to be the US Ambassador [to Sudan],” the certificate read.

Godfrey’s confirmation comes at a particularly delicate time for Sudan. Since the military coup last October, which put an end to the fragile democratic transition the country had started two years earlier, Sudan has plunged into great political instability marked by the generals’ inconclusive attempts to cement their authority and a large, well-organized and active pro-democracy opposition movement. The country’s context is also marked by a deep economic crisis and increasing levels of violence in the peripheral regions.

The United States initially condemned the military takeover in Sudan and froze millions of dollars in aid as a way of pressuring the generals. But in recent months, despite approving some targeted sanctions, the interest shown by Washington has notably diminished. And at the political level, it has mainly limited itself to supporting dialogue processes launched by the UN mission in Sudan that have not even gotten off the ground, and negotiations that have also been widely rejected for their elitist character and for including the coup leaders.

“The confirmation comes at a very critical time in Sudan’s development and transition, because the ambassador will be arriving at a moment when the transition has been derailed. There is a real question about whether or not it will get put back on track and whether Sudan will continue the political evolution that started in 2019 with the removal of [former dictator] Omar al-Bashir,” Cameron Hudson, senior associate at the Center for Strategic and International Studies and a former chief of staff to the US special envoy to Sudan, told Al-Monitor.

“There are huge questions about Sudan’s political future, but because there are these questions there are also real opportunities for Washington and for a new American ambassador to make a difference on the ground at this moment,” he noted.

In his speech to the Senate Foreign Relations Committee May 24, Godfrey said he is no stranger to Sudan because prior to the 2011 revolution in Libya against dictator Moammar Gadhafi he worked on humanitarian and political issues related to Darfur. At the Counterterrorism Bureau he was also closely involved in rescinding Sudan’s designation as a State Sponsor of Terrorism in late 2020. And he stated that he sees his nomination as US ambassador to Sudan as a “continuation of those efforts.”

Godfrey also said that much of his two decades of service have been spent in countries that were closed or in transition during challenging times. This, he said, has given him experience in engaging tough interlocutors “on issues they often would have preferred to avoid,” as well as participating in high-level negotiations on consequential issues.

On Sudan in particular, Godfrey considered that the country is in a “moment of great peril” following the military takeover in October and the lack of an agreement to establish a framework for a civilian-led transition, which he believes has worsened the country’s political, economic and security crises. In this regard, Godfrey said that fulfilling the promises of the democratic revolution launched in Sudan almost four years ago is important for the Sudanese people, for the stability of the strategic Red Sea region and for setting an exemplary precedent in the area on the benefits of democracy.

Regarding his priorities, Godfrey said that the immediate imperative is to assist Sudanese stakeholders in establishing a sustainable civilian-led transition and maintaining regional and international consensus on the way forward. He pledged to work with Sudanese and other partners to support that path, which he considered also urgent in light of the economic and humanitarian crises that Sudan is currently facing.

However, the key lies in the formula for achieving these goals, and here Godfrey’s proposal mirrors those followed so far by Washington, which have yielded few results and have been widely rejected. In this regard, Godfrey praised in May the plan led by the UN, the African Union and East Africa’s Intergovernmental Authority on Development, which quickly lost its momentum and never even kicked off due to a lack of consensus.

“By being on the ground he can help organize the rest of the international community on the ground. He can use the position of the US, which I think remains the most influential actor in Sudan today, and he can certainly use that position to try to motivate and create momentum for a new political process on the ground,” Hudson said.

He added, “But the ambassador is really only as powerful as the policy from Washington that he is there to implement. Ambassadors do not make policy; they implement a policy that comes from the capital. And if Washington does not have a strategy for Sudan, if Washington does not have a clear policy for Sudan, which it has not had up to this point, then our ambassador on the ground is only going to have limited effectiveness."

Godfrey’s confirmation by the Senate coincided with a July 14 resolution of the US House of Representatives that again condemned the coup in Sudan and showed support for the Sudanese people. Yet in parallel, during his visit to Jeddah on July 15-16, US President Joe Biden briefly discussed Sudan with Saudi officials and both underscored the importance of reviving a political process in the country and the dialogue between Sudanese parties. They also commended again the efforts made by the UN mission in the country.

“The US always treated Sudan as a security issue regarding terrorism, especially in the Middle East and to a lesser extent in Africa," he said. “And when I saw the designation [of the new ambassador], the focus seems to be again counterterrorism, so it’s highly possible that the US still sees Sudan within the framework of security relations. And this is what the military wants,” he noted.

Mashamoun also said that it remains to be seen what relationship Godfrey will be able to establish with the coup generals, given that they have already shown little regard for senior US officials before. “In the past [the military] tricked the US envoy to the Horn of Africa, Jeffrey Feltman. He was at the office of [coup leader Abdel Fattah al-Burhan last October], and when he left on a plane Burhan did the coup,” he said.

Hudson concluded, “It is necessary to have him there, but it’s not sufficient. He has to be backed up with a policy, a strategy and high-level engagement from the administration in Washington, and we just have not seen that in Sudan under the Biden administration."