Iranians have grown accustomed to high inflation and rising prices, yet recent macroeconomic trends are unprecedented. 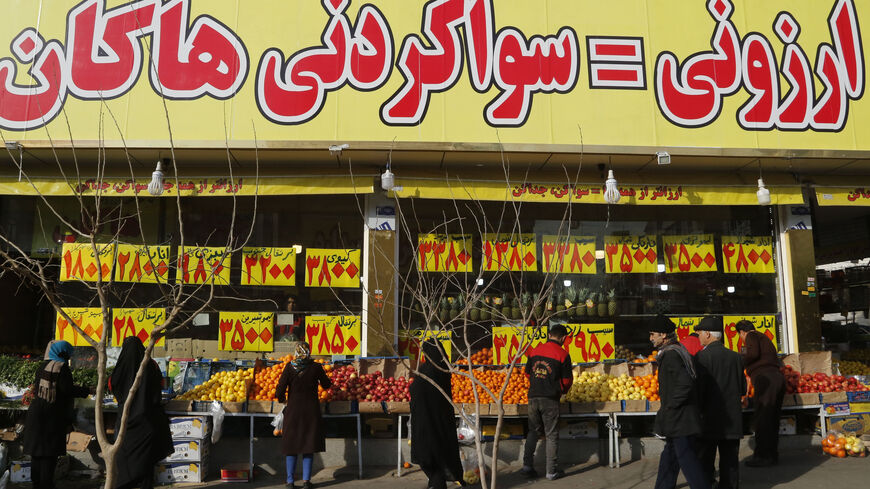 Iran’s official inflation rate is reaching new highs. The Statistical Center of Iran (SCI) — the country’s main statistics agency — reported a monthly inflation rate of 12.2% and a point-to-point rate of 52.5% for the Iranian month ending June 21. Both are record numbers.

The monthly inflation rate reports the changes in the consumer price index — based on a set basket of commodities — within the 30 days from May 22 to June 21. An average Iranian family lost 10% of its shopping power within this 30-day period. Iranian consumers are paying 50% more for the same products compared to spring 2021. The loss of real income and purchasing power for many Iranian families is significant and irreversible.

Alarmingly, inflation does not demonstrate any sign of slowing down. The Iranian calendar's monthly inflation rate has quadrupled in the last month of spring compared to the previous month. The yearly average stands at 39.4%, and it is expected to reach 50% before the end of the Iranian year, or by April 1, 2023. Iranian families are preparing for difficult months to come. Social networks are filled with updates on the prices of rice, dairy, bread and other essential items.

Why is Iran's economy experiencing such high inflation?

Some analysts blame US sanctions. Others cite the Iranian government's decision to drop an official currency exchange rate of 42,000 Iranian rials (IRR) to one US dollar (USD) to set the price of necessities and food items. These observers believe President Ebrahim Raisi's administration's decision to adopt a market approach has finally released an inflationary wave. They hope prices stabilize within the Iranian calendar year. However, the truth is somewhat complicated, and the currency exchange rate does not explain such a high inflation rate.

However, it is not the new government policy in the currency market that has increased the prices. As always, inflation remains a monetary issue. The Iranian government has been increasing the money supply to compensate for the loss of oil revenues and economic activities. The Raisi administration claims it has solved a budget deficit of 4,800 trillion IRR (the equivalent of 17.5 billion USD) without borrowing from the Central Bank of Iran (CBI) or increasing the money supply. However, the CBI has not yet published its monetary data for the winter of 2022.

But there are other culprits as well. No Iranian administration has ever dealt with the gaps and inefficiencies of Iran's distribution networks and supply chains. The Iranian government's habitual intrusions in the market have created government-controlled networks, rivaling those of the private sector or eliminating them. The outcome has been higher cost of distribution of commodities and ripe opportunities for corruption and black markets across the country. Recent SCI reports put the annual inflation rate in the rural areas at 58.2%, compared to 51.4% for urban areas. As the government revises its approach to pricing the consumption basket, one wonders if it has any plan to overhaul Iran's inefficient distribution network. If such programs exist, they are yet to be announced publicly.

To all of these, one must add a growing sense of gloom. Iranians hoped for a speedy return to the Joint Comprehensive Plan of Action as the hard-liners captured all branches of the government. Unfortunately, such hopes do not exist anymore. If anything, all the signals they receive point at potential increases in the cost of raw material, machinery and labor. And as the cost of production increases, many expect a decline in the aggregate supply of products and services, reducing the quantities of available products while pushing prices even higher.