The Russian missile attack on Ukraine’s port of Odessa came just a day after Turkey brokered a deal on safe passage of wheat exports from the war-torn country. 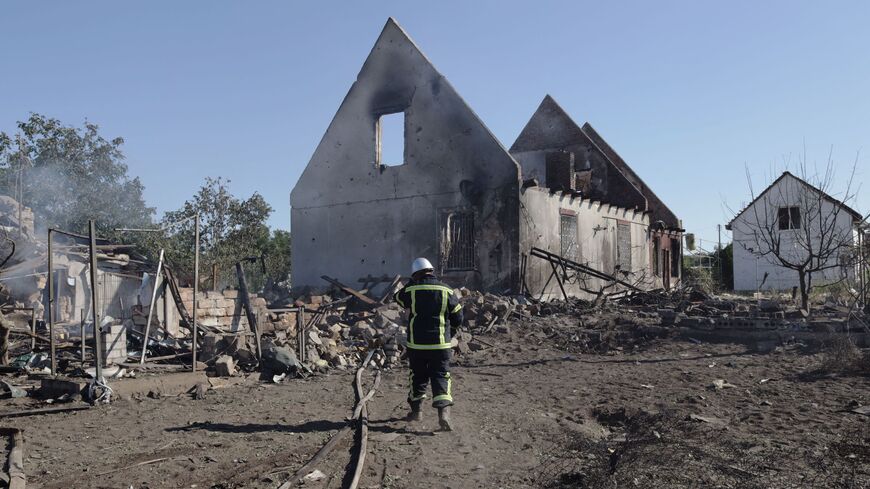 Ukrainian rescuers work outside a house destroyed following a Russian airstrike in a village in the Odessa region, on July 19, 2022, amid the Russian military invasion of Ukraine. - OLEKSANDR GIMANOV/AFP via Getty Images

Wheat prices are up again, reversing the drop in response to the Turkish-brokered agreement between Russia and Ukraine on grain exports.

The price of wheat futures on the Chicago Board of Trade rose more than 3% today, going as high as $7.90 a bushel. The price had dropped significantly to $7.56 a bushel on Friday, according to market data. Chicago wheat prices are considered a benchmark for the global market.

Why it matters: On Friday, Russia and Ukraine reached an agreement allowing safe passage for Ukrainian ships to export wheat internationally. The deal was brokered by Turkey, which will accordingly host a coordination center in Istanbul and monitor the loading of the wheat. The agreement also allows for inspections of said ships, alleviating Russia’s concerns of weapons smuggling.

A day after the landmark agreement was announced, Russia launched a missile attack on Ukraine’s port in Odessa. There was grain in the port at the time, and the location is crucial to Ukraine’s exports. Russia said the attack hit Ukrainian military infrastructure.

Both Ukraine and Russia are major wheat producers and export to many Middle Eastern countries. Egypt in particular depended on Ukrainian and Russian grain before the war.

Ukraine’s wheat exports have been severely disrupted by the Russian invasion, leaving around 20 tons of grain stuck in the country. Ukraine accuses Russia of preventing its exports via the Black Sea as well as stealing Ukrainian grain on the ground.

The United States and European Union deny sanctioning Russia’s agricultural commodities. Russia and the United Nations signed a separate memorandum of understanding on lifting sanctions on Russia relevant to grain exports, according to Russian state media.

Wheat prices have risen significantly in response to the war, as have the prices of other essentials throughout the Middle East.