The news came during Russian President Vladimir Putin’s visit to Iran and may have been motivated by US sanctions. 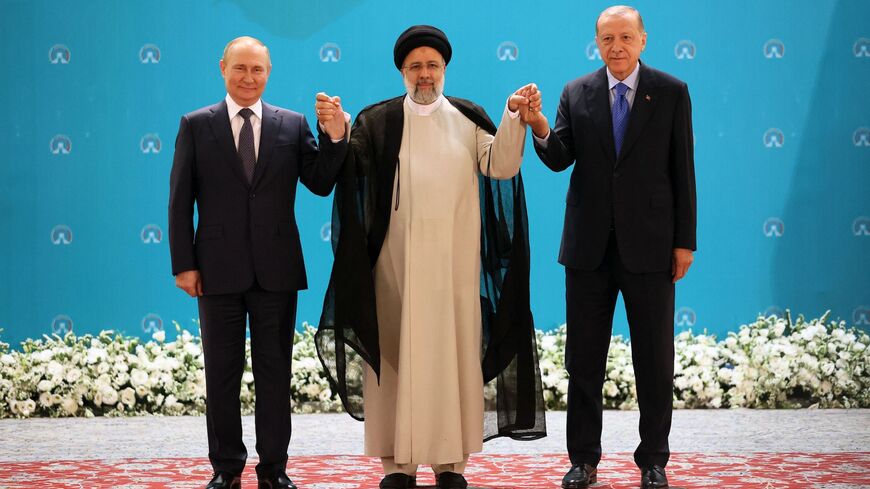 Russia will invest $40 billion in Iran’s oil industry, building upon the $4 billion the Eurasian country has already invested in the sector. The move follows a cooperation agreement between Russian companies, including the gas giant Gazprom, and the Islamic Republic. Private Russian companies will invest in the Iranian oil sector, and details will be discussed between officials in both countries, the official Islamic Republic News Agency reported today.

Why it matters: The investment pledge is a sign of continued Russian support for Iran, particularly in the economic sphere. In June, the two countries agreed to establish mutual trade centers. Earlier this month, Iran facilitated a large cargo shipment from Russia en route to India.

“The issue of increasing Russian-Iranian cooperation in the economic sphere is especially relevant in light of the tightening of Western sanctions against Russia,” Russia’s official news outlet TASS reported.

Iran’s oil industry is included in the sanctions from Washington. Earlier this month, the US Treasury Department unveiled new sanctions against international entities that allegedly facilitated Iranian oil deals.

The investment also came during negotiations between the United States and Iran over the latter’s nuclear program. Russia is also party to the Iran nuclear agreement. Recently, Iranian officials publicly discussed their ability to develop a nuclear weapon.