Iranian officials say decision is theirs to build bomb

Iranian officials state that they can increase enrichment for a nuclear bomb but have chosen not to do so. 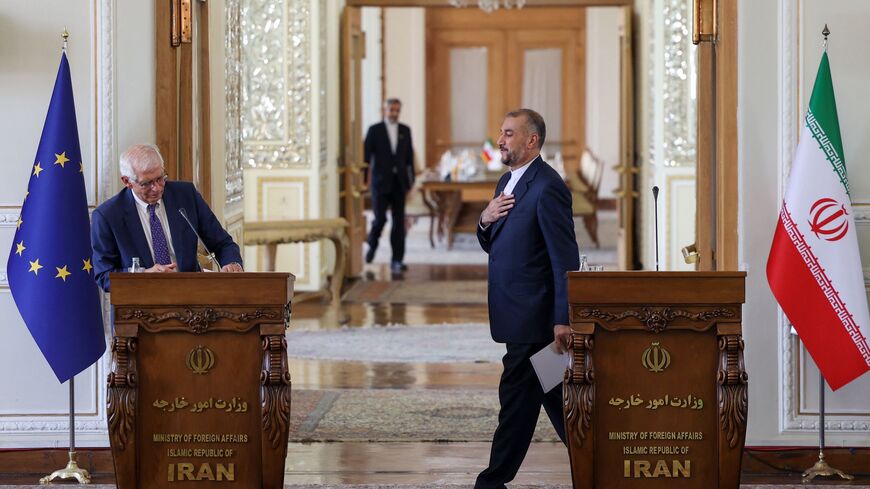 Iranian officials have created a storm of controversy over the weekend with comments regarding Iran’s nuclear capabilities.

The first official to speak about it was Khamal Kharazi, adviser to Supreme Leader Ayatollah Ali Khamenei and chairman of the Strategic Council of Foreign Relations. During an interview with Al Jazeera on July 17, Kharazi was asked about the indirect nuclear negotiations between Iran and the United States to revive the 2015 Joint Comprehensive Plan of Action (JCPOA). Kharazi said that given the US actions, especially their withdrawal from the deal in 2018, “It is difficult to conduct direct negotiations.”

Kharazi added, “It is known to everyone that we have the technical ability to build a nuclear bomb, but we have not made a decision to do this. In the span of a few days, we increased enrichment from 20% to 60% and we could easily enrich to 90%.”

Kharazi’s comments made headlines in international media. Many experts have responded that while Kharazi is technically accurate, the process to make a nuclear bomb, and one that is deliverable, would take much longer than Kharazi is implying.

Mohammad Javad Larijani, who has held numerous high-level positions within the Islamic Republic, followed up Kharazi’s comments with his own during an interview with Iranian television. When asked about US President Joe Biden’s trip to the region, especially Israel, Larijani said, “They promised together that they would not allow Iran to build a nuclear bomb, and naturally, according to Khamenei’s fatwa, we do not have permission to pursue weapons of mass killing such as atomic [weapons], but if we wanted to go after it no one can stop us.”

Khamenei’s fatwa against weapons of mass killing is often used by officials as proof that the country is not pursuing nuclear weapons. According to Shia jurisprudence, any comments, papers or statements published on Khamenei’s website are considered fatwas by the leader.

The fatwa issued aside, the JCPOA gave the International Atomic Energy Agency (IAEA) expanded access to Iran’s nuclear sites. In recent months, as the talks have stalled, Iran has removed the IAEA cameras. When former President Donald Trump exited the deal in 2018, he reapplied sanctions and pursued the so-called maximum pressure campaign. Iran, in return, has gradually increased its nuclear program. After lowering enrichment to 3.67% to abide by the JCPOA, Iran is now enriching at 60%. Many experts believe that the technical jump to 60% is far more difficult than the jump to 90%. Also, whether or not Iran lowers its enrichment, many observers warn that they are gaining valuable knowledge that cannot be unknown if the deal is revived.

One of the roadblocks to reviving the JCPOA is Iran’s desire for economic guarantees, which the Biden administration cannot ensure past his administration. A Republican president would likely scrap any deal that Biden had signed. Iran has also sought that the Islamic Revolutionary Guard Corps be removed from the list of foreign terrorist organizations, though Biden recently said in Israel that he would not do that.