Iran's chief negotiator traveled to Oman a day after Qatar's foreign minister visited Tehran in what seemed to be diplomatic efforts for an impetus to US-Iran nuclear talks. 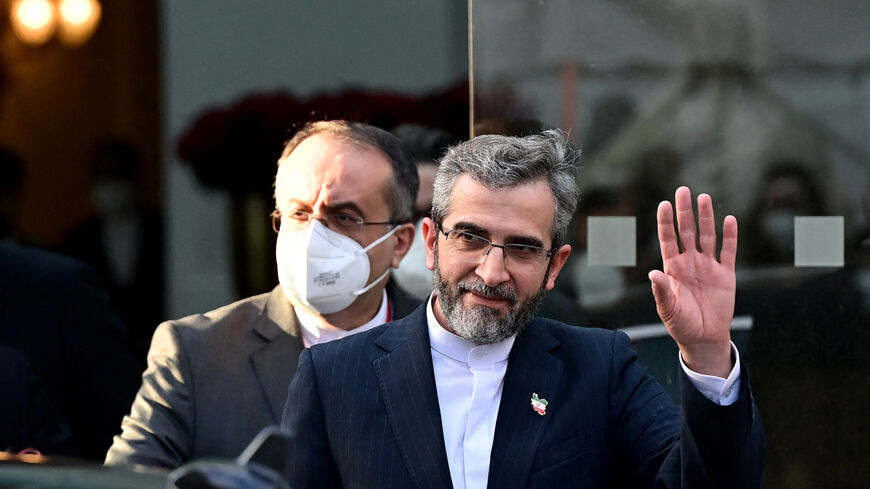 Top Iranian nuclear negotiator Ali Bagheri Kani was in Oman, one of the very few allies of the Islamic Republic in the Arab world and which has a history of pushing for rapprochement between Tehran and Washington.

Ahead of the visit, Iran's media were already speculating about Omani mediation between Iran and the United States, whose indirect talks over the revival of the nuclear deal remain in a state of impasse. In 2013, it was Omani mediation that broke the ice between the archenemies, a step that opened up multilateral negotiations that culminated in the 2015 accord also known as the Joint Comprehensive Plan of Action (JCPOA).

Expanding ties with regional nations has been a core pursuit in the foreign policy agenda of Iran's hard-line President Ebrahim Raisi, within a larger strategy to "neutralize" US sanctions. Yet Raisi has also supported a resurrection of the JCPOA should it fully provide Iran with the promised economic dividends.

Only a day before Bagheri Kani's Oman visit, Qatari Foreign Minister Sheikh Mohammed bin Abdulrahman Al Thani was also in Tehran as his government has been trying to help bridge gaps between the United States and the Islamic Republic. Last week, Doha was hosting US-Iran indirect talks mediated by the European Union, although the negotiations proved disappointing to the American side, which found Iranians showing little seriousness, an assertion that Tehran has rejected.

Bagheri Kani's visit, in the meantime, came against the backdrop of Arab media reports that Oman has also been mediating and establishing "communication" between Iran and Egypt.

Cairo and Tehran have rarely been on good terms since the 1979 Revolution in Iran, which deposed the Western-backed shah of the country, a close ally of then-Egyptian President Anwar Sadat, who hosted the last Iranian king with hospitality until his death. Tensions between the Islamic Republic and Egypt particularly simmered after Sadat's Islamist assassin, Khalid El Islambouli, was elevated to a hero's status by Iranian authorities, one deserving the name of a street in Tehran.

Without mentioning Oman or any other mediator, Iran's Foreign Minister Hossein Amir-Abdollahian confirmed last week that "there were efforts being made" for Egypt-Iran ties to return to "a normal state," adding that such progress would serve the interests of both nations.