Eight killed in northern Iraq in shelling blamed on Turkey 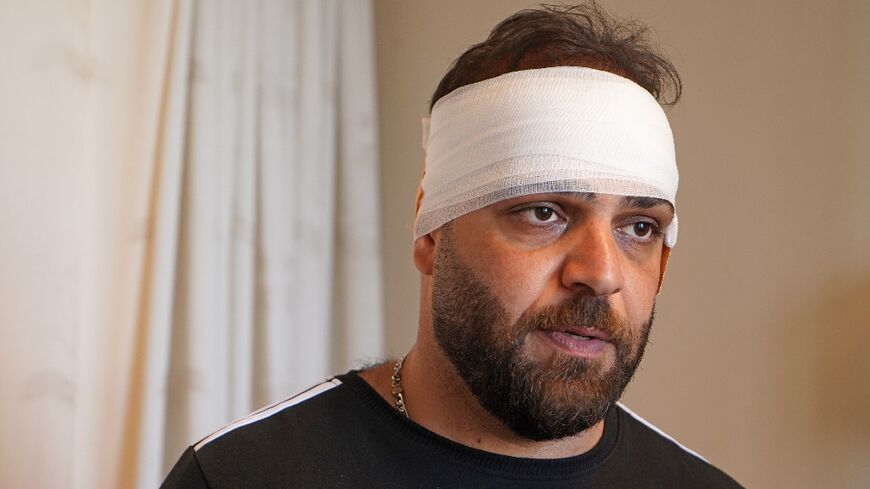 An injured man is pictured at a hospital after shelling in the city of Zakho in the north of Iraq's autonomous Kurdish region on July 20 - Ismael ADNAN
Agence France-Presse
July 20, 2022 — Arbil (Iraq) (AFP)

Eight civilians including two children were killed and 23 wounded in northern Iraq's Kurdistan region on Wednesday, when artillery shells hit a park in an attack local officials blamed on Turkey.

Mushir Bashir, the head of Zakho region, said the victims were mainly "Arab Iraqi tourists, mostly from central and southern Iraq", and blamed forces from across the border.

Bashir, speaking to a local broadcaster, said that "Turkish artillery fire on the tourist region of Parakh killed eight people and injured 23".

The victims were tourists who had come to the hill village of Parakh in Zakho district to escape sweltering temperatures further south in the country, Bashir added.

A source in Turkey's defence ministry said that he had "no information reporting or confirming artillery fire in this area".

Designated as a terrorist group by Ankara and its Western allies, the PKK has been waging an insurgency against the Turkish state since 1984 that has claimed tens of thousands of lives.

Arbil, the capital of Iraqi Kurdistan, has complicated relations with the PKK as its presence in the region hampers vital trade relations with neighbouring Turkey.

The military operations have seen Turkey's ambassador in Baghdad regularly summoned to the Iraqi Ministry of Foreign Affairs.