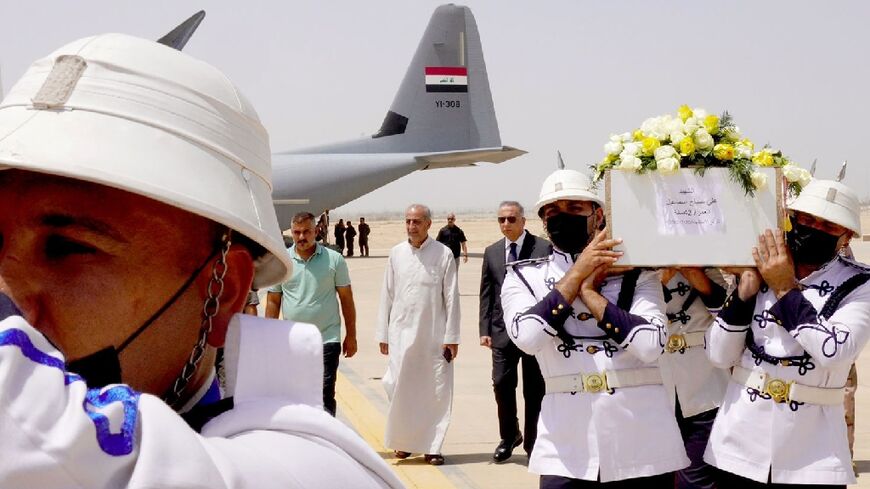 An angry and grieving Iraq on Thursday buried nine holidaymakers, including a newlywed, killed in the artillery bombardment of a Kurdish hill village.

Ankara denied its troops were responsible and instead accused rebels of the outlawed Kurdistan Workers Party (PKK).

The coffins of the nine dead, draped in Iraqi national flags and festooned with flowers, were flown on a military aircraft to Baghdad from Arbil, capital of the autonomous Kurdistan region.

An honour guard bore the coffins at a ceremony witnessed by Prime Minister Mustafa al-Kadhemi on the tarmac of Baghdad's airport, where his office said he met relatives of the victims who came to claim their loved ones' bodies for burial.

Iraqi Foreign Minister Fuad Hussein and Kurdish regional president Nechirvan Barzani had led the pallbearers carrying the smallest of the coffins, a child's, onto the military plane in Arbil, an AFP correspondent reported. 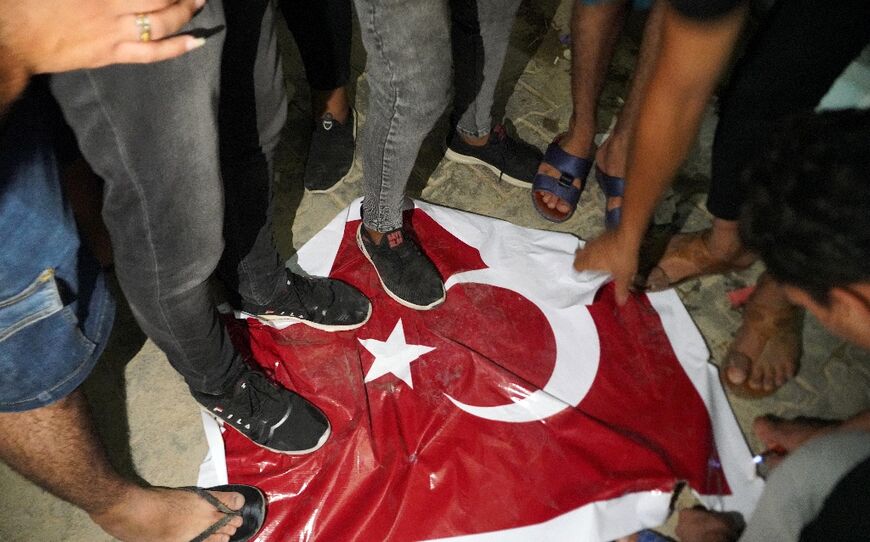 The deaths prompted angry anti-Turkish demonstrations across Iraq, and a formal protest from the government.

A statement from the foreign ministry said it handed the summoned Turkish envoy a "letter of protest" and said that Iraq "calls on Turkey to solve its domestic problems away from Iraqi borders and without harming its people".

In the street, demonstrators wanted more, calling for the ambassador's expulsion as loudspeakers blared patriotic songs outside the Turkish visa office in Baghdad early Thursday. There was a heavy police presence. 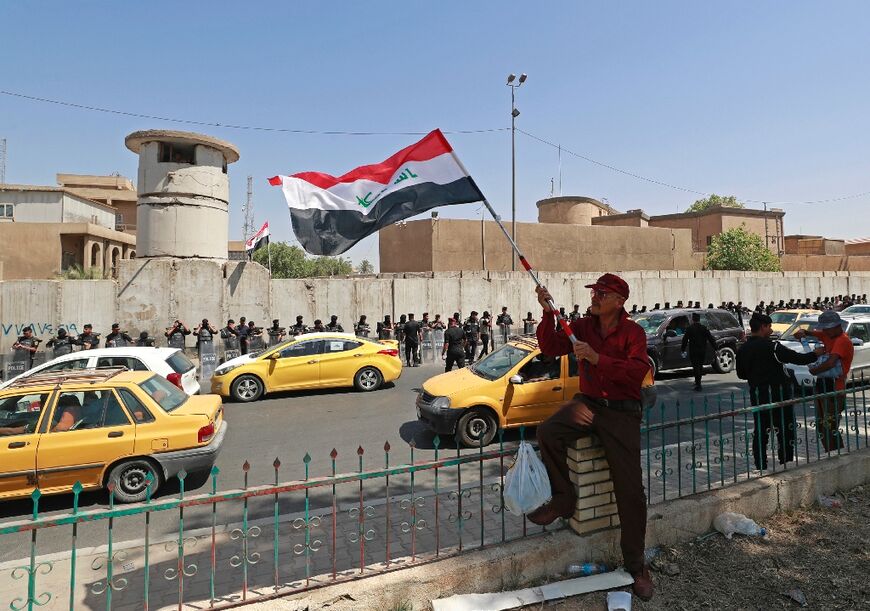 "We want to burn down the embassy," said demonstrator Ali Yassin, 53. "Our government is doing nothing."

There were similar protests on Wednesday night in the Shiite shrine cities of Najaf -- where many of the victims will be buried -- and Karbala, as well as the southern city of Nasiriyah.

Wednesday's shelling in the Zakho district village of Parakh also wounded 23 people, the majority of them domestic tourists seeking respite from the heat of the plains in the mountains of the Kurdish north. 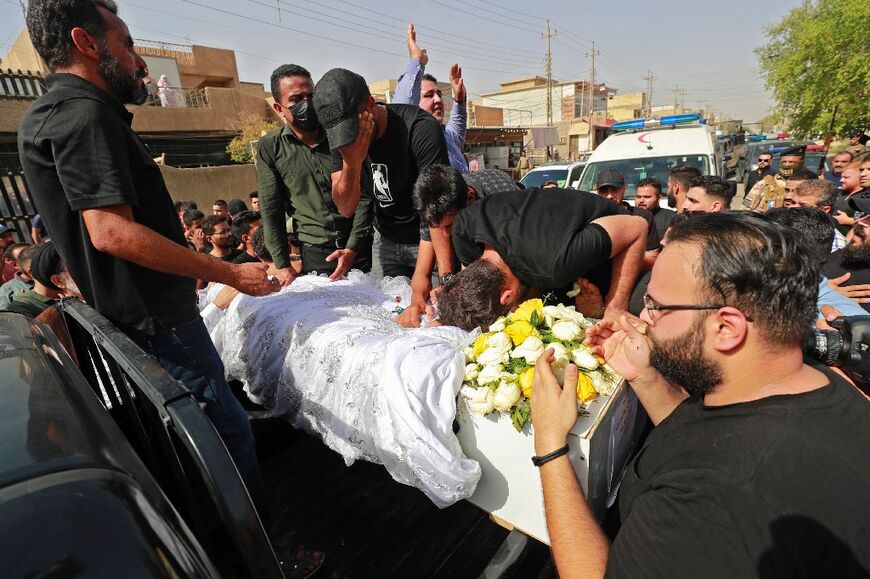 Among the dead was Abbas Alaa, 24, an engineer married for barely a week, said a friend who gave his name as Nour.

Alaa was on his honeymoon -- his first-ever trip, Nour said -- and his wife was wounded.

"We can't believe it," said Nour who waited with other friends at a modest Baghdad home for relatives to return with his corpse.

"This doesn't happen in any other country, only Iraq," Nour said.

Germany's foreign ministry on Thursday said "the circumstances of the attack and those responsible" must be urgently investigated.

France, which also denounced the "indiscriminate strike", said it too was committed to Iraq's sovereignty, and the stability of the autonomous Kurdish region.

In Tehran, the foreign ministry spokesman said "Iran considers the security of Iraq as its own security and will not hesitate to provide any assistance in this regard".

In an unusually strong rebuke, Kadhemi warned Turkey that Iraq reserves the "right to retaliate".

Kadhemi called the artillery fire a "flagrant violation" of sovereignty -- a line echoed by the Kurdistan administration.

Iraq said it was recalling its charge d'affaires from Ankara and demanded an official apology from Turkey along with "the withdrawal of its armed forces from all Iraqi territory".

The Turkish foreign ministry denied responsibility for the bombardment, saying these "kinds of attacks" were committed by "terrorist organisations".

On its Twitter account, the Turkish embassy offered its condolences to "our brother Iraqis killed by the PKK terrorist organisation". 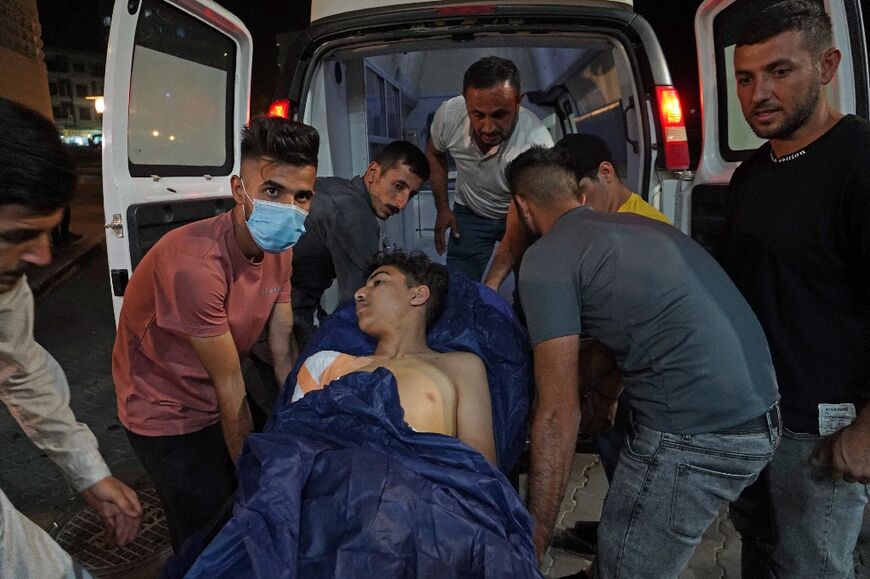 Ankara launched an offensive in northern Iraq in April dubbed "Operation Claw-Lock", which it said targets fighters from the PKK.

The rebels have kept up a deadly insurgency for Kurdish self-rule in southeastern Turkey since 1984.

For the past 25 years, the Turkish army has maintained dozens of outposts across Iraq's Kurdish north as part of its campaign against the rebels. There have been sporadic calls for their removal.

Iraq and Turkey are trade partners but Ankara's successive offensives against PKK rear bases in the north have been a persistent source of tension in relations, particularly when they have caused civilian casualties.