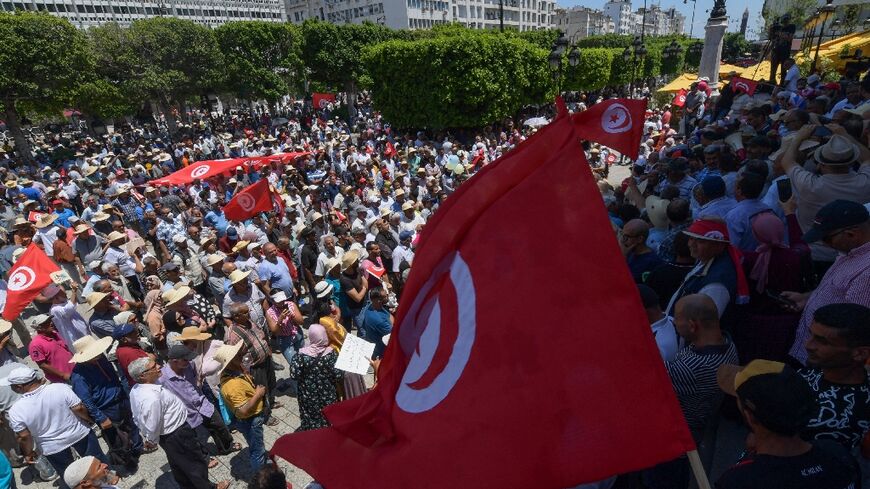 Hundreds demonstrated on Sunday in Tunisia's capital against a planned referendum on constitutional changes and President Kais Saied's recent firing of dozens of judges.

Protesters in Tunis responded to calls from opposition organisations, including Saied's nemesis the Islamist-inspired Ennahdha party, chanting "constitution, liberty and dignity" and "the people want an independent judiciary", an AFP correspondent said.

The new constitution is the centrepiece of reform plans by Saied and is set to go to referendum on July 25, exactly one year after he sacked the government and suspended parliament.

He has steadily extended his power grab since then, including by dissolving parliament in March. Earlier this month he sacked 57 judges, after accusing many of corruption and other crimes.

"The referendum is just nothing but a fraud," said Ali Larayedh, a leader from Ennahdha, which was parliament's biggest party and a key player in the government fired by the president.

"We are demonstrating against the exclusion of the judicial authority and against the coup d'etat that targets the constitution," he said.

The 2014 constitution, a hard-won compromise between Ennahdha and its secular rivals, created a system where both the president and parliament had executive powers.

It was adopted three years after the North African country's 2011 revolution.

Rights groups have condemned Saied's firing earlier this month of the 57 judges as a "deep blow to judicial independence".

Saied is a former law professor elected in 2019 amid public anger against the political class in the North African nation.

He has organised a "national dialogue" around the constitutional reforms, but opponents including the powerful UGTT trade union confederation have boycotted it, on the grounds that it excludes key civil society actors and political parties.

A draft of the new constitution is due to be presented to Saied on Monday ahead of a referendum in the form of a simple yes/no vote.

Ennahdha warned earlier this month against dropping references to Islam in any new constitution.

Sunday's protest came just days after flights were cancelled, public transport ground to a halt and government offices were closed in a nationwide strike by the UGTT that piled more pressure on the president. 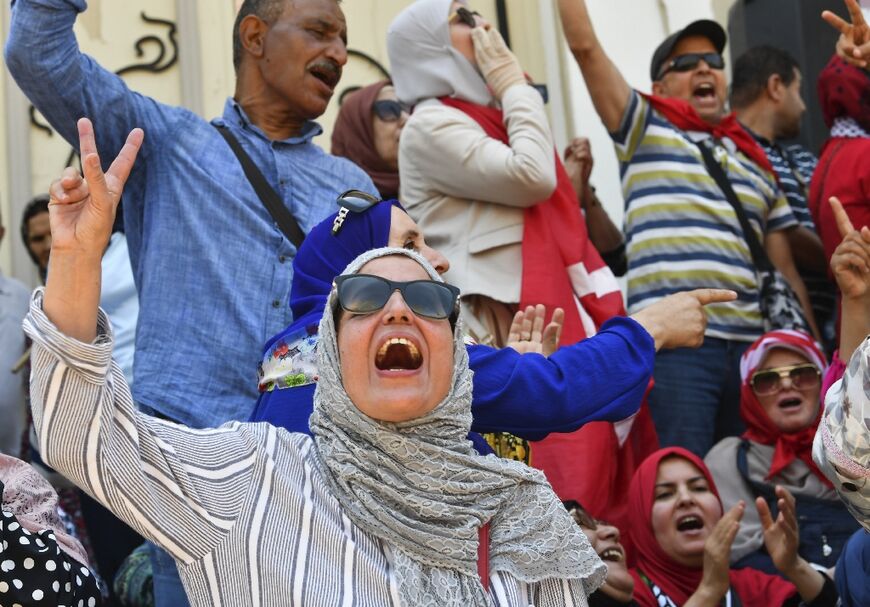 The confederation had urged workers across the North African country's vast public sector to strike, halting work at 159 state agencies and public companies to demand concessions on salaries and threatened reforms.

In February, the president scrapped an independent judicial watchdog and replaced it with a body under his own control.

Saied's opponents accuse him of moving the only democracy to have emerged from the Arab Spring uprisings back towards autocracy.

Some Tunisians however support his moves against a system they say achieved little in the decade since the 2011 revolt that toppled dictator Zine El Abidine Ben Ali.

Legislative elections are planned for December.