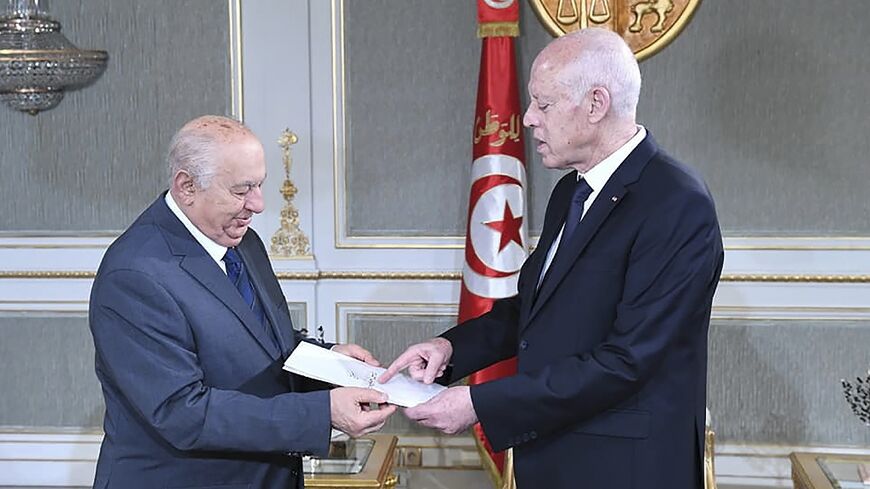 Sadeq Belaid hands a draft of the new constitution to President Kais Saied (R) at the Carthage Palace in Tunis on June 20 last month - -
by Kaouther LARBI
July 3, 2022 — Tunis (AFP)

The Tunisian jurist who oversaw the drafting of a new constitution submitted to President Kais Saied said Sunday it has been changed into a charter that could lead to a dictatorship.

Some articles of the draft constitution published last Thursday in the official gazette could "pave the way for a dictatorial regime", warned Sadeq Belaid, who headed a committee tasked with drafting the document.

The published text is "completely different" from that submitted in person to the president late last month, the respected jurist told AFP.

In July last year, Saied orchestrated a dramatic power grab, which many have denounced as a coup, sacking the government and freezing parliament.

Belaid was viewed as a pro-Saied figure even during subsequent moves by the president to further consolidate power this year.

His disavowal of the altered constitution is therefore a blow for the president, just weeks before it is due to go to a referendum.

Contacted by AFP, Belaid confirmed he has withdrawn his support for the draft.

Saied has since his initial power grab moved to rule by decree and extended his powers over the judiciary and the electoral board.

Some Tunisians welcomed his moves against the sclerotic system that emerged from the revolution that toppled dictator Zine El Abidine Ben Ali in 2011.

But others have protested in the streets and warned that the president is targeting political rivals and dragging the country back towards autocracy.

The constitution for a "new republic" is at the centre of Saied's programme for rebuilding Tunisia's political system.

The president plans to hold a referendum on the constitution on July 25, to mark one year since his power grab.

It allows him to carry out "executive functions with the help of the government", whose chief he would appoint.

The president would also head the armed forces and name judges. The draft constitution waters down the role of parliament. 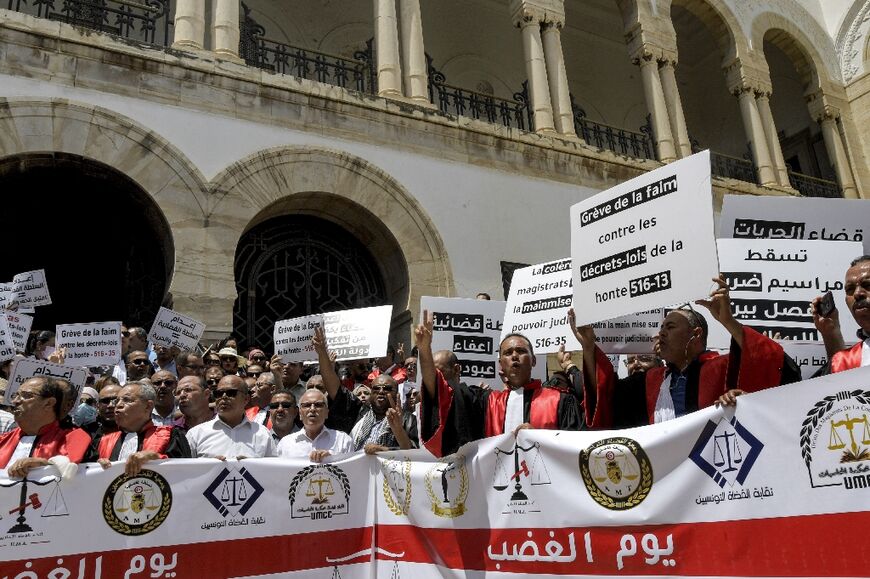 He specifically points to one article, which he said carries an "imminent danger" because it would give the president "very wide powers... that could lead to a dictatorial regime".

"That is why, as head of the national constitution committee... I declare, regretfully and in true conscience... that the committee has nothing to do with the document that the president" will submit for approval in a referendum, Belaid added.

The altered draft constitution augurs a "bad future" for the country, he contended.

His misgivings were initially published as a letter in the Assabah newspaper, and he spoke subsequently to AFP, confirming that he was the author.

"The text that I drew up after several weeks of work with the participation of dozens of experts at all levels is completely different from the text that has been published," he told AFP.

In contrast to Tunisia's past constitutions, the draft also makes no reference to Islam as a state religion or basis of the law.

The 2014 constitution, a hard-won compromise between the Islamist-inspired Ennahdha, which was parliament's biggest party, and its secular rivals created a system where both the president and parliament had executive powers.

It was adopted three years after the North African country's 2011 revolution that toppled Ben Ali.