Sweden has faced Turkish opposition to its effort to join NATO because of what Turkey perceives as Sweden's support of Kurdish "terrorists." 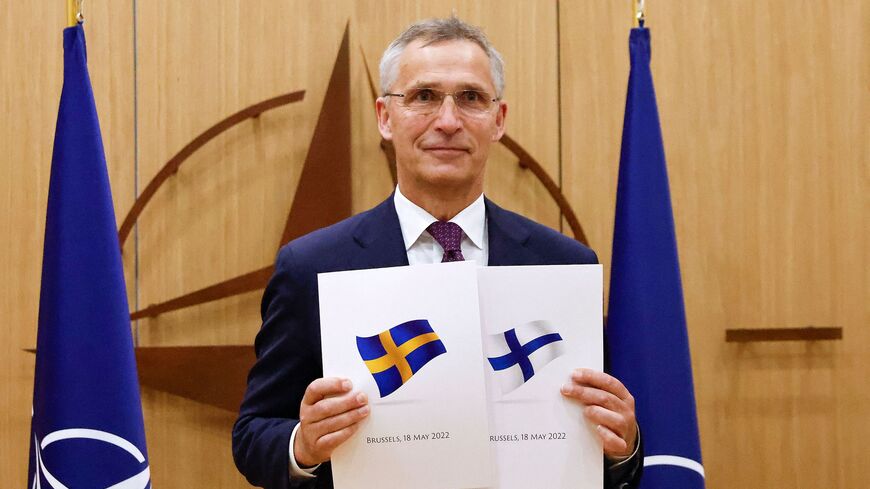 But at a news conference in Helsinki on Sunday, he appeared to concede that the crisis was unlikely to be resolved in time for the NATO summit in Madrid that is scheduled to be held at the end of June. “The summit in Madrid was a never a deadline,” he said.

Turkey wants both countries to ban the activities of groups and individuals affiliated with the Kurdistan Workers Party (PKK), which is waging an armed campaign for Kurdish self-rule and commands strong sympathy among millions of Kurds in Europe.

It also wants both countries to extradite numerous individuals accused by Ankara of terror links. They also need to sever all ties with the US-backed Syrian Kurdish autonomous administration, which Ankara says is a PKK front, and scrap arms embargoes imposed in the wake of the Turkish military’s 2019 invasion of large chunks of northern Syria, if Turkey is to approve the Nordic countries’ accession.

Turkey’s demands have sparked intense debate, particularly in Sweden, which is home to more than 100,000 Kurds and prides itself on its humanist approach to foreign policy. However, in recent weeks Social Democrat Prime Minister Magdalena Andersson has shown willingness to accommodate Turkey even as she faced a potential collapse of her minority government when an ethnic Iranian Kurdish lawmaker vowed to pull the plug if support for the Syrian Kurds was shelved. Andersson said her government was taking Turkey’s concerns over terrorism “very seriously” in a joint news conference with Stoltenberg today.

Last week the Swedish Foreign Ministry presented an updated document on its foreign policy in light of its application to join NATO saying Sweden would “contribute to all of NATO’s security including that of Turkey” and that it “strongly condemns terrorism.” Andersson said that a new and tougher terrorism law approved last year would take effect on July 1. "From the first of July we will also have even stronger legislation when it comes to the fight against terrorism. So here there are no questions about how strongly Sweden views terrorism and that we are willing to contribute to the fight against terrorism," Andersson said.

Stoltenberg applauded the moves. "I welcome that Sweden has already started to change its counterterrorism legislation and that Sweden will ensure that the legal framework for arms export will reflect the future status as a NATO member with new commitments to allies," he said.

He declined to comment on the current status of the negotiations between Turkey, Finland and Sweden, saying, “I don’t think it would be helpful if I go into the details of those talks.”

The new law will make life harder for some Kurds in Sweden, predicts Kurdo Baksi, an independent Kurdish community leader in Stockholm. It criminalizes intent to commit terrorist acts and to knowingly finance and support the activities of terrorist groups. It also allows security services to monitor communications of organizations suspected of terrorist activity. The PKK has been designated as a terrorist organization since 1984. “Sweden is beginning to look like Turkey,” Baksi told Al-Monitor, in an allusion to Turkey's rapid descent into authoritarianism. The changes were introduced months before the spat between Turkey and Sweden erupted.

“Kurdish dissidents in general should feel safe, but the new law certainly seems likely to make life more difficult for anyone providing support or financing for the PKK,” said Paul Levin, director for Stockholm University’s Institute for Turkish Studies. It remains unclear whether any of this will sway Ankara’s thinking. “I don’t think it will be enough for Ankara. But it’s a step and puts some pressure on [Turkish President Recep Tayyip] Erdogan at least,” Levin told Al-Monitor.

Turkey’s problems with Finland seem milder in comparison. This is because there are far fewer Kurds in Finland and its government has not engaged in the public displays of enthusiasm for the Syrian Kurdish administration that Sweden has, according to Toni Alaranta, a Helsinki-based analyst of Turkish affairs. But the Left Alliance, which shares power in the country’s ruling coalition, suggested during a party congress over the weekend that the PKK be delisted as a terrorist organization.

Alaranta noted that Turkey’s demands to extradite “terrorists” would be impossible to meet. “We cannot extradite people who our own judiciary hasn’t found guilty of committing any crimes,” Alaranta told Al-Monitor.

As for Turkey’s end game, few have a full answer. While Erdogan’s domestic political considerations are in play, notably his sagging popularity in the midst of Turkey’s worst economic downturn in two decades, Alaranta reckons Ankara’s main aim is to draw Washington to the table. It directed many of the demands it made of Sweden and Finland to the Biden administration as well — that it ends its support for the Syrian Kurdish administration. “It will get something,” Alaranta said. “This situation cannot go on forever.”

However, despite Stoltenberg’s appeasing stance — he said no other NATO member had suffered as many terror attacks as Turkey — frustration with Ankara is growing by the day. “I get the sense that signals are being sent to Ankara that it should not overplay its hand,” Levin said.“Turkey has filled an important function within the alliance, but it would be a mistake to assume that it is indispensable,” Levin added.