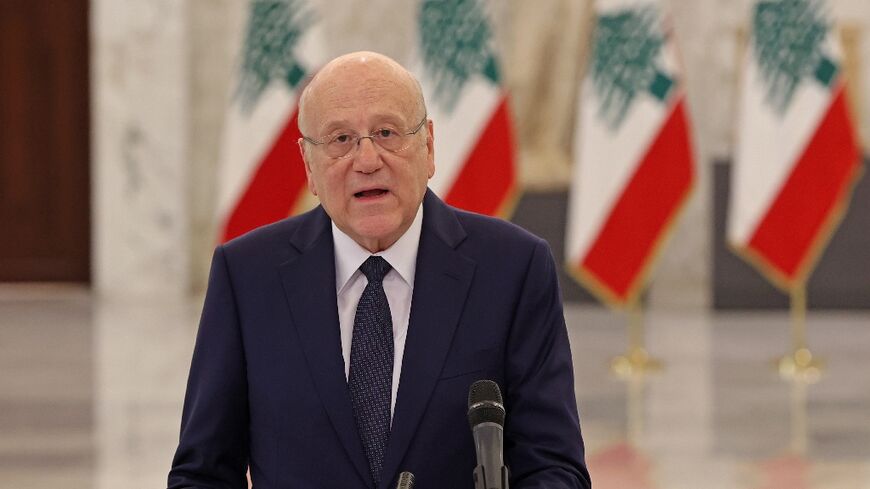 The 66-year-old billionaire, who had been widely expected to keep his job, secured 54 votes during parliamentary consultations, giving him a clear edge over other potential nominees.

President Michel Aoun subsequently asked him to form a new government, a task analysts fear could take weeks, if not months, despite the economic emergency facing the country.

Lebanon defaulted on its debt in 2020, the local currency has lost around 90 percent of its value on the black market, and the UN now considers four in five Lebanese to be poor.

By convention, Lebanon's prime ministerial position is reserved for a Sunni Muslim, the presidency goes to a Maronite Christian and the post of speaker to a Shiite Muslim.

His nearest rival for the post of prime minister-designate was former ambassador to the United Nations Nawaf Salam, who only received 25 votes.

Most of the deputies in Lebanon's 128-seat parliament chose not to designate any candidate.

The powerful Iran-backed Hezbollah movement, whose political alliance lost the clear majority it had in the previous parliament, threw its weight behind Mikati.

The Tripoli native, who is the richest man in bankrupt Lebanon, has already headed three governments since 2005.

Analysts expect him to struggle to reach a deal for a fourth administration. The current cabinet was formed in September last year after a 13-month wait.

The International Monetary Fund announced in April that a conditional agreement had been reached to provide Lebanon with $3 billion in aid and help its economy recover.

The institution warned, however, that its approval hinged on the timely implementation of reforms by Lebanon, whose main power brokers are widely considered as corrupt.

In a statement after his designation on Thursday, Mikati called for "cooperation with parliament to approve the reforms."

"Without an IMF deal, there can be no rescue plan," he said in the statement issued by his office.