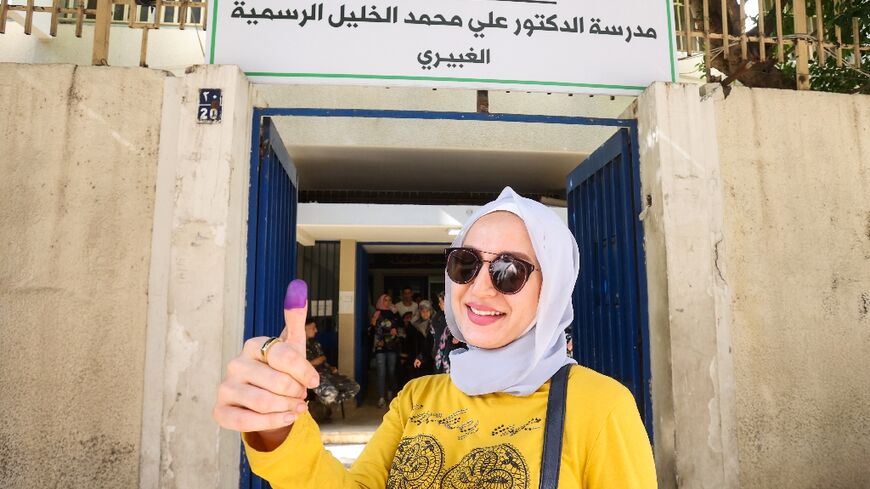 A Lebanese woman shows her ink-stained thumb after casting her vote at Sunday's parliamentary election - ANWAR AMRO
by Jean-Marc Mojon
May 18, 2022 — Beirut (AFP)

Hezbollah's opponents might rejoice at their loss of majority in parliament but Lebanon's packed political calendar now sets the stage for protracted deadlocks at best or violence at worst.

Sunday's polls passed without any major incident, in itself an achievement in a country which has a history of political violence and is suffering its worst crisis since the 1975-1990 civil war.

Iran-backed Hezbollah is a major political and military force, described by its supporters a bulwark against enemy Israel and by its detractors as a state within a state whose continued existence prevents any kind of democratic change in Lebanon.

Hezbollah and its allies lost the clear majority they had in the outgoing parliament, despite a flurry of televised addresses by the Shiite group's leader Hassan Nasrallah in the week running up to the vote.

The biggest winners were the Christian Lebanese Forces party and new faces born of a 2019 secular protest movement, all of whom have a clear stance against Hezbollah.

"Old guard parties will seek to assert their political dominance in the face of the reformists who have entered parliament for the first time," said analyst Lina Khatib, head of the Middle East and North Africa Programme at Chatham House.

As of May 22, after the current assembly's mandate expires, the new lawmakers will have 15 days to pick a speaker, a position Nabih Berri has held since 1992 and is not intent on leaving despite reaching the age of 84.

By convention, Lebanon's prime minister position is reserved for a Sunni Muslim, the presidency goes to a Maronite Christian and the post of speaker to a Shiite Muslim. 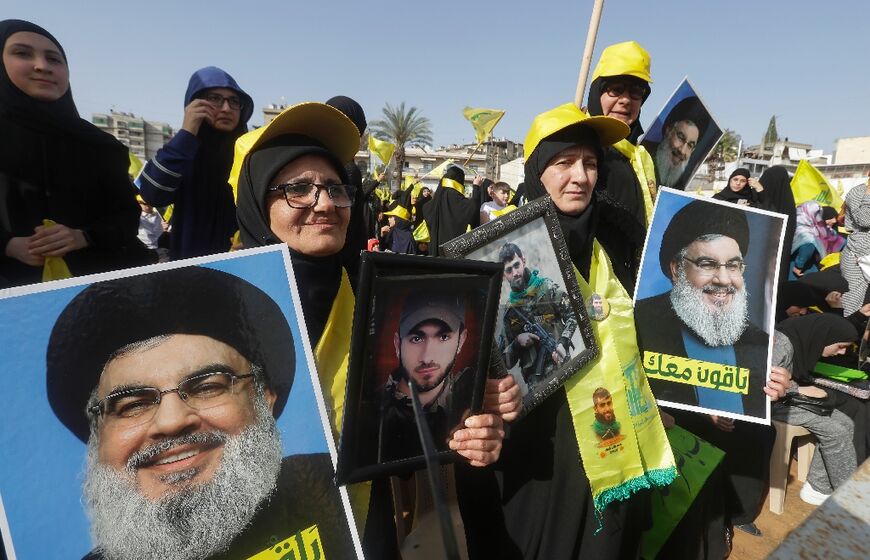 Berri is a deeply polarising figure but all Shiite seats in parliament were won by Hezbollah and the veteran speaker's own Amal party, which rules out the emergence of a consensual candidacy.

The election will be a first test of how willing Hezbollah's opponents are to challenge the Shiite tandem.

The leader of the Tehran-backed movement's parliamentary group set the tone as early as Monday when he warned rivals against becoming "shields for the Israelis".

His words were a reply to Samir Geagea, whose Lebanese Forces have championed the case for disarming Hezbollah, and had laid down the gauntlet by vowing never to support Berri's re-election or join a unity government.

The new polarisation of Lebanese politics raises fears of a repeat of deadly violence that broke out in Beirut last year between Hezbollah-aligned fighters and FL supporters.

The L'Orient-Le Jour daily stressed in an analysis that Hezbollah's parliament majority in recent years had enabled it "not to resort to terror to impose its decisions and preserve its red lines".

"The risk of a total stalemate is real, deadlocks are a Lebanese speciality," said Daniel Meier, a France-based researcher.

In Lebanon's unique and chaotic brand of sectarian consensus politics, forming a government can take months, even when the country faces multiple emergencies. 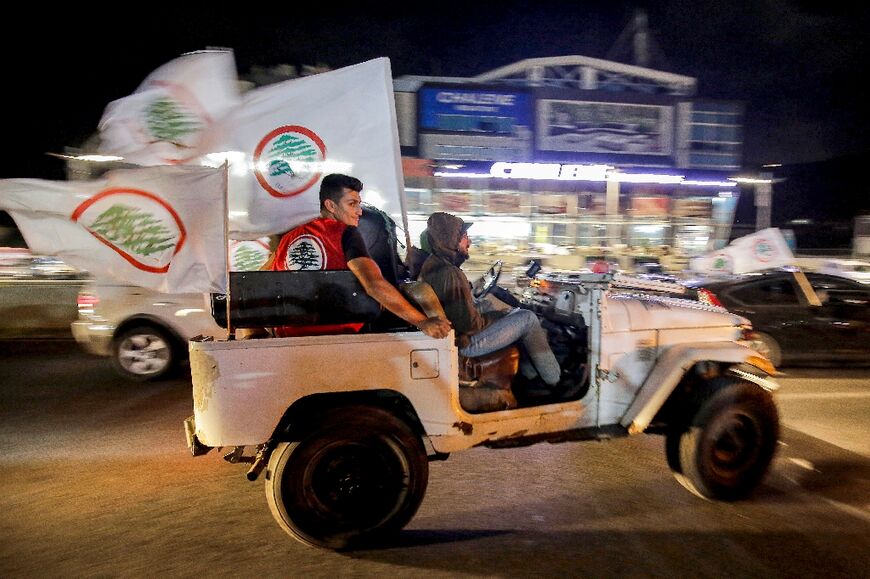 Between the two latest elections, two out of four years were spent under a caretaker government with limited powers as the country's political barons haggled over cabinet line-ups.

The latest government, led by billionaire Najib Mikati, has only been in place since September 2021 after a 13-month vacuum.

It was billed a mostly technocratic government tasked with guiding Lebanon to recovery, but each minister was endorsed by one of Lebanon's perennial heavyweights.

Whether any of the 13 MPs labelled as representing the interests of the 2019 anti-establishment uprising would consider joining a coalition government with that same establishment is doubtful.

"There is change in the balance of power but this will not translate in a programme for change because despite everything Hezbollah keeps its veto power," analyst Sami Nader said.

A quick fix would be to keep the Mikati government in a caretaker capacity until the presidential election.

That is the last but not the least of the major hurdles in the institutional calendar.

Due by the end of the year, the new parliament's pick for a president to succeed Michel Aoun, who will be 89 by then, was further complicated by the latest election.

He groomed his son-in-law Gebran Bassil for years but the electoral surge of the Lebanese Forces, the Christian rivals of Aoun's Free Patriotic Movement, is a spanner in the family works.

Army chief Joseph Aoun has already been tipped as an alternative but talks could drag on.

"Probably we will have a long period of stalemate in the parliament," said Joseph Bahout, a professor at the American University of Beirut.

He predicted a tunnel of institutional deadlocks could delay reforms requested by the International Monetary Fund for a critically needed rescue package until the spring of 2023.