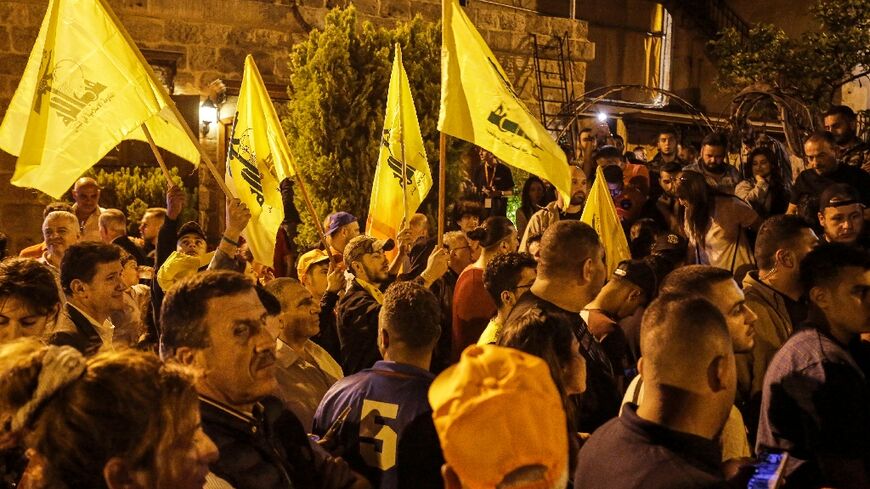 Hezbollah and its ally Amal swept the seats reserved for Shiites in the Lebanese parliament but losses for other allies cost them their majority - Ibrahim Chalhoub
by Jean-Marc Mojon
May 17, 2022 — Beirut (AFP)

Full results announced by the interior ministry two days after the election revealed that no bloc will control the 128-seat assembly, a deadlock observers fear could usher in a tense period of political jostling.

The polls, the first since Lebanon was ravaged by its worst ever economic crisis and a cataclysmic explosion at Beirut port in 2020, were seen as a prerequisite for a crucial IMF bailout.

The Iranian-backed Hezbollah and its main allies had the support of around 70 lawmakers in the outgoing parliament but will now fall just short of the 65 seats needed to retain a majority.

Their strongest opponents in parliament will be led by the Christian Lebanese Forces party of former warlord Samir Geagea, that raked in several new seats on the back of a virulent anti-Hezbollah campaign. 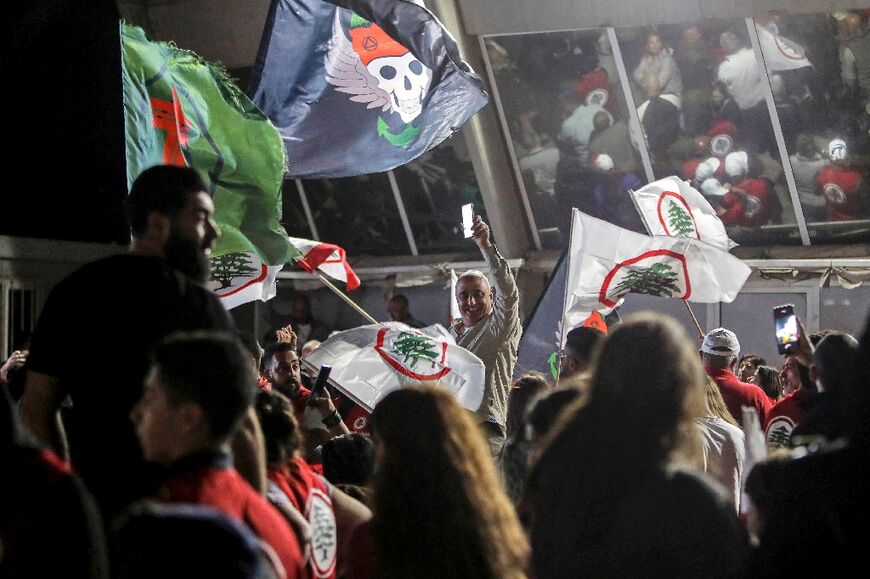 New reformist faces who entered the legislative race on the values of a 2019 anti-establishment uprising made a stronger showing that many had predicted.

At least 13 independents who backed the 2019 protest movement won seats. Twelve of them will sit in parliament for the first time.

Together with other non-aligned MPs who have sometimes supported the now-defunct protest movement's demands, they could find themselves in a kingmaking position but they would need the kind of unity they failed to achieve during the campaign. 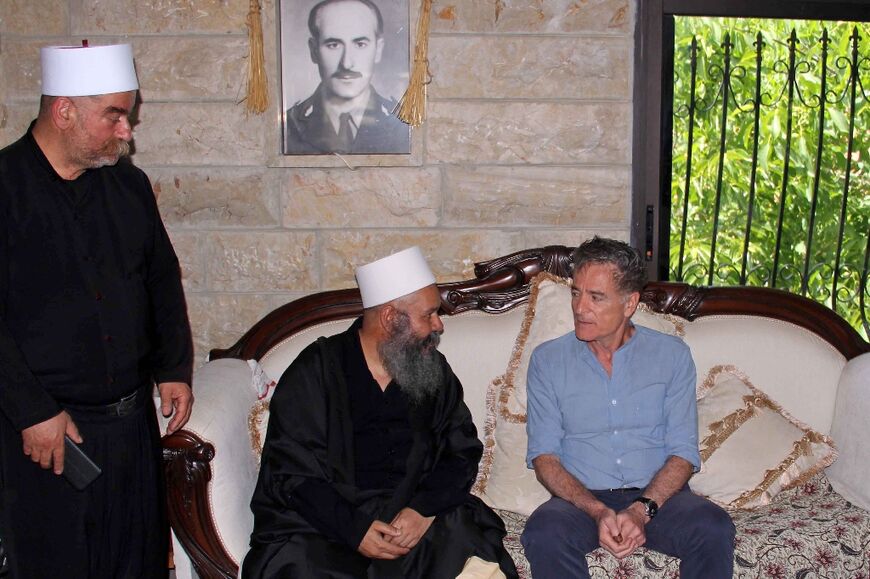 Only eight women were voted into parliament.

One of the most notable victories notched up by independents was the election in southern Lebanon of Elias Jradeh and Firas Hamdan for seats that Hezbollah and its allies had not lost in three decades.

"We will cooperate with all the winners who share the same political orientation and we have to put together a common workplan," Hamdan told AFP.

"There's a lot of work to be done and a new type of political performance that should be demonstrated," he said.

Another major satisfaction for those described in Lebanon as the "thawra" (revolution, in Arabic) candidates, was the defeat of several reviled MPs loyal to the Syrian government of Bashar al-Assad.

In what was interpreted by independents as a gesture of spite by Hezbollah, a group of youths on scooters descended on Martyrs Square overnight and burned down the "revolution fist".

The temporary monument had become a visual symbol of the secular protests that swept Lebanon in October 2019 and had raised hopes of democratic change. 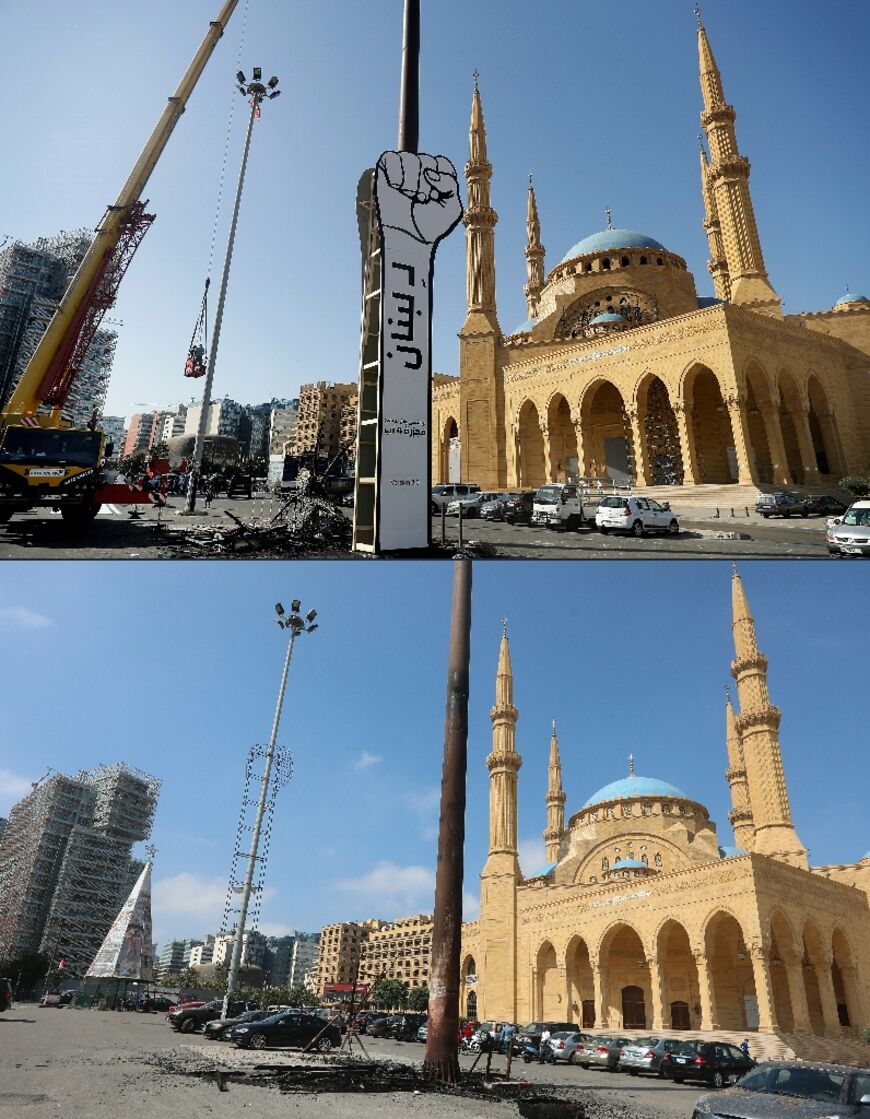 The movement lost momentum as Lebanon's ruling cartel of sectarian political barons bided their time and one of the sharpest economic downturns of our time muffled popular discontent.

The parliamentary elections were a first major test for those in the protest camp who chose to enter the political fray.

Hezbollah and its ally Amal retained all 27 parliament seats reserved for Shiite lawmakers but the Christian bloc led by President Michel Aoun and other coalition partners lost a little ground.

The main issue that polarises parliament is Hezbollah's right to keep an arsenal that is often described as equivalent to or better than the state's.

Some see it as a historical right and the best defence for the small Mediterranean country while others consider Hezbollah's weapons to be the root of all of Lebanon's ills.

Sami Nader, an analyst with the Levant Institute for Strategic Affairs, said that Hezbollah had suffered symbolic losses but was sceptical the polls could yield radical changes. 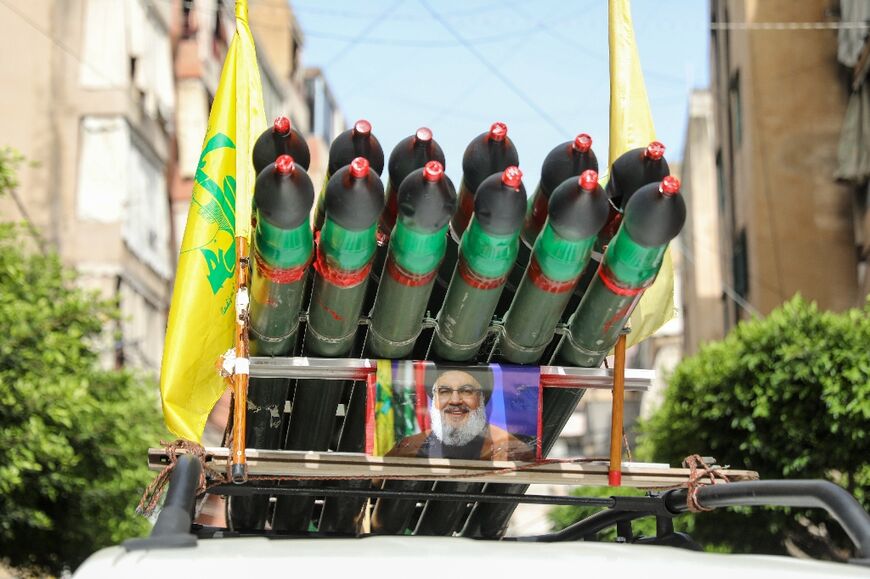 "Hezbollah and the Iranian axis took a blow but will this pave way for change in Lebanon? I have doubts," he told AFP.

The formation of a government, the election of parliament's speaker and the presidential election could all be very contentious and lead to protracted political crises.

Speaker Nabih Berri has held his job since 1992.

President Michel Aoun, the world's third oldest head of state, had long planned for his son-in-law Gebran Bassil to take over but the Lebanese Forces' surge in the polls could disrupt that scenario.

Lebanon shares power among its religious communities, and politics is often treated as a family business. By convention, the president is a Maronite Christian, the premier a Sunni Muslim, and the parliamentary speaker a Shiite.

Despite a turnout of 41 percent on Sunday, the UN envoy to Lebanon said "the elections were a vital expression of Lebanon's citizen engagement, which should serve to strengthen the country's institutions."