Iran supreme leader accuses 'enemy' of trying to use protests 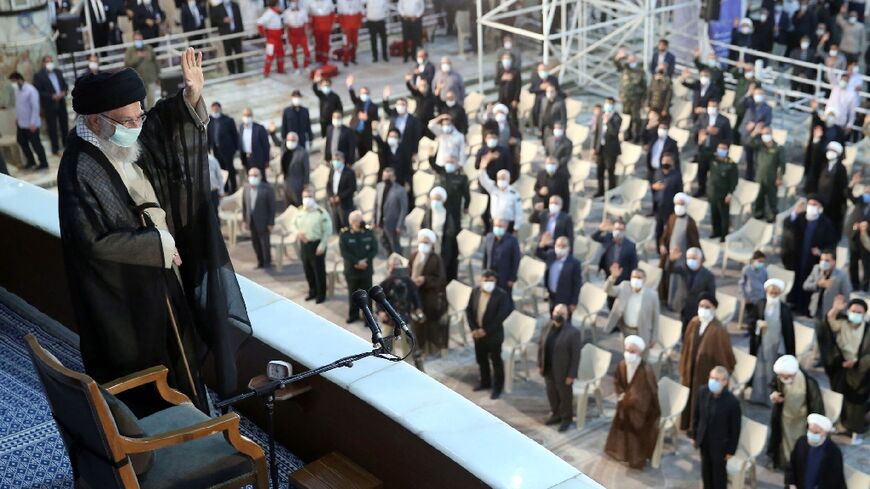 Iran's supreme leader Ayatollah Ali Khamenei on Saturday accused the "enemy", a reference mainly to the United States, of seeking to use protests to weaken the Islamic republic.

In the past few weeks, demonstrations against the rising cost of living and corruption have occurred in several Iranian cities.

"Today the enemy counts on popular demonstrations to strike the Islamic system," Khamenei said during a televised address.

The May 23 collapse of a building under construction in the southwestern city of Abadan has sparked protests demanding that "incompetent officials" be executed after the tragedy killed at least 37 people.

The enemy "hopes to turn the people against the Islamic republic by psychological means, through the internet, money, and the mobilisation of mercenaries," Khamenei said.

He spoke before a crowd including officials at the mausoleum of Ayatollah Ruhollah Khomenei, at a ceremony marking his 1989 death.

Khomenei founded the Islamic republic after the collapse of the US-backed shah's government in 1979.

"The Americans and the Westerners made miscalculations in the past on various questions," Khamenei said.

"Still today, it's a miscalculation that they think they can make the Iranian nation oppose the Islamic republic."

Khamenei repeated his call for punishment of officials responsible for the collapse of the 10-storey Metropol tower block in Abadan.

According to the provincial judiciary 13 people have been arrested, including the mayor and two former mayors.

Iran has been reeling under the effect of sanctions imposed by the United States since 2018 -- exacerbated by rising prices worldwide since Russia invaded Ukraine in February.

Iran has witnessed waves of protests over living conditions in recent years, most notably in 2019 after an unannounced fuel price hike.

Iranian authorities said 230 people were killed in protest-related violence but experts working for the United Nations put the death toll at 400.