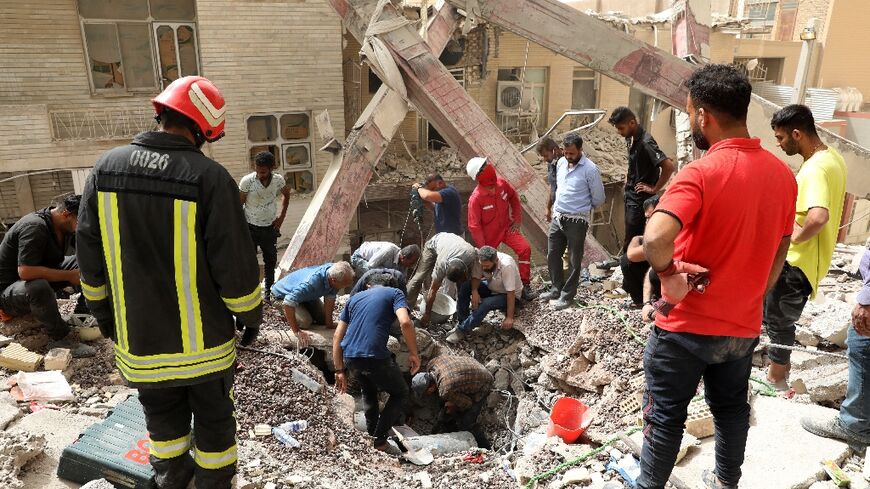 Iranian rescuers search the rubble of a 10-storey building that collapsed in the southwestern city of Abadan - -
Agence France-Presse
May 26, 2022 — Tehran (AFP)

The death toll from the collapse of a tower block in southwestern Iran rose to 19, state media reported on Thursday, making it the country's deadliest such disaster in years.

A large section of the 10-storey Metropol building that was under construction in the city of Abadan, Khuzestan province, crashed to the ground on Monday, with initially dozens feared trapped.

"The exact number of people trapped under the rubble is not known, but so far, the bodies of 19 people have been recovered," state news agency IRNA quoted city governor Ehsan Abbaspour as saying.

He added that "37 people were rescued from the rubble and taken to city hospitals for treatment", with most of them now discharged.

The search and rescue operation will continue "until the last body is recovered", said Abbaspour.

Interior Minister Ahmad Vahidi, who was in Abadan, earlier told the state broadcaster the search was moving slowly and carefully because of the risk of the adjacent buildings collapsing.

Dozens of residents had gathered on Abadan's streets on Wednesday night, calling for those implicated in the tragedy to be held responsible, according to footage aired on state TV.

Iran's supreme leader Ayatollah Ali Khamenei offered condolences to the people of Abadan for the "unfortunate incident", in a letter posted on his website on Thursday.

He called for the perpetrators to be prosecuted and punished, and said preventing a repeat of such incidents was "the responsibility of all of us, the officials of the country". 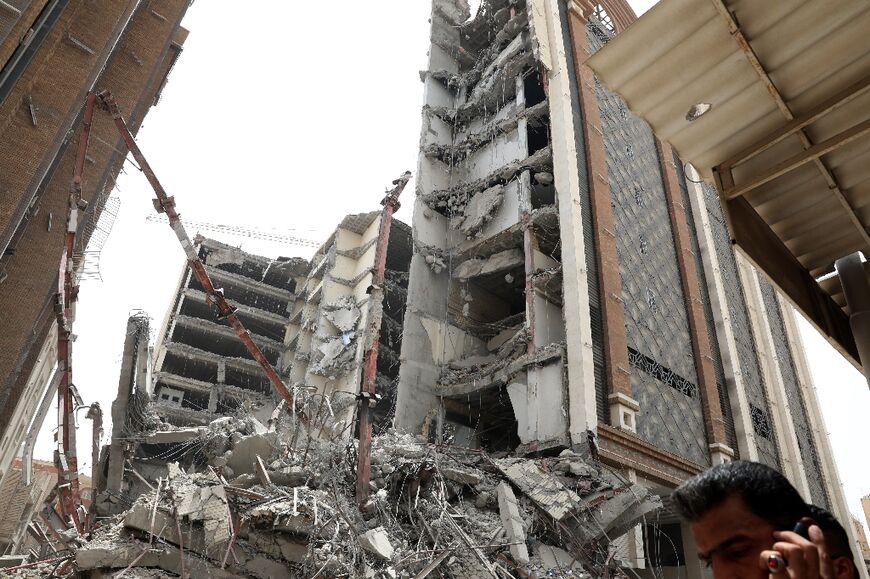 The provincial judiciary said at least 10 people were arrested, including the mayor and two former mayors, accused of being "responsible" for the collapse, state TV reported online.

An investigation has been opened into the cause of the disaster in Abadan, a city of 230,000 people, 660 kilometres (410 miles) southwest of Tehran.

In a previous major disaster in Iran, 22 people, including 16 firefighters, died in a blaze that engulfed the capital's 15-storey Plasco shopping centre in January 2017.