Iran’s foreign ministry says that the Trump administration's policies toward Iran have only continued under Biden. 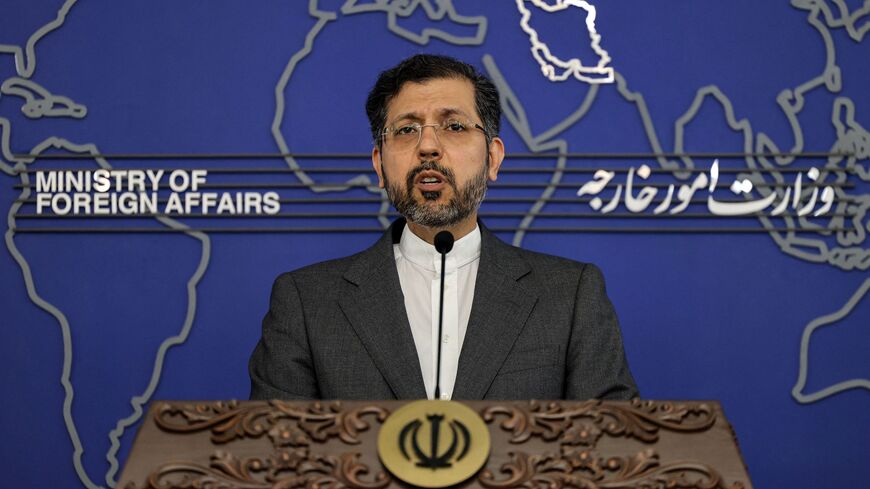 Iran’s foreign ministry spokesman Saeed Khatibzadeh gave his last press conference on the job and discussed the nuclear talks which have been at a stalemate between Iran and the US.

“The double standard policies of Washington have been clear to everyone for some time," Khatibzadeh said. He said that on one hand, the US says they want to correct the mistakes of the Trump administration,  but the Biden administration is continuing Trump’s failed policies. Khatibzadeh used an expression about whether one should trust their own eyes or not.

Khatibzadeh said that the US has shown “one thousand reasons and adds one one thousand reasons every day” as to why Iran should be very careful. He said that the US has “proven its unreliability to the international community.” Khatibzadaeh continued that Iran is still actively moving in the direction of negotiations and diplomacy while the US continues to move in the same direction as Trump’s policies.

The US under President Trump exited the Joint Comprehensive Plan of Action in 2018. It had been signed under his predecessor Barack Obama in 2015. The deal reduced Iran’s nuclear program and increased international inspections in exchange in sanctions relief. When Trump left the deal, he reapplied US sanctions and the so-called “maximum pressure” campaign. In response, Iran incrementally increased its nuclear program, enriching uranium at higher levels and using more advanced centrifuges than the JCPOA permitted. Iran has reduced its cooperation with the UN nuclear watchdog the International Atomic Energy Agency. As a result of a US-led IAEA resolution calling on Iran to increase its cooperation with the agency, Iran retaliated by shutting of dozens of cameras which were installed by the agency at various nuclear facilities.

As a result of the maximum pressure campaign, and a likely green light from the US, it is believed that Israel is carrying out a campaign of sabotage and assassinations inside Iran. Sensitive military buildings have been attacked and commanders of the Islamic Revolutionary Guard Corps have been shot in the street and reportedly poisoned. The attacks, while not strategically crippling for Iran, are security and political embarrassments.

Perhaps in response to the wave of attacks, Hossein Salami, the commander of the IRGC, said today that all institutions must work to “create security” in the country. He added that the IRGC would not allow “the hands of the enemy to invade our security.”