The two countries will focus on energy-related trading and establishing a north-south corridor to rival the Suez Canal. 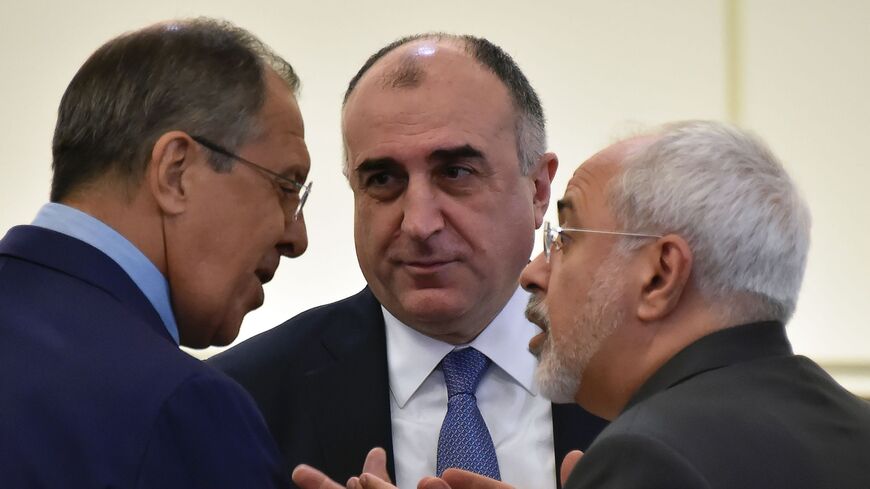 Iran and Russia signed a memorandum of understanding today concerning the establishment of mutual trade centers.

One center will be located in the Iranian capital, Tehran, and the other in Russia’s Baltic port city St. Petersburg. They will facilitate trade between the two countries in the energy, transportation, electronics, agriculture, food, pharmaceuticals and construction sectors. The goals of the memorandum are to help Iranian and Russian businesspeople establish contact and conduct financial transactions. The project will also work toward “accelerating the north-south corridor project,” the official Islamic Republic News Agency reported.

Russia is facing international outrage over its invasion of Ukraine, but relations between the Russian Federation and the Islamic Republic remain strong. Most recently, Russia has demanded that negotiations on the Iran nuclear deal cover the protection of Russian trade interests with Iran.

A viable north-south corridor trade route is a major goal of both Iran and Russia. Both countries participate in the International North-South Transport Corridor, which is a trade route with India that involves a system of roads, shipping lines and railways. Russia and Iran promoted the corridor last year as an alternative to the Suez Canal after a ship got stuck in the strategic Egyptian waterway.

Trade between Russia and Iran steadily rises year by year. In 2019, Russia exported more than $1.5 billion to Iran, while Iran exported more than $500 million to Russia, according to the Observatory of Economic Complexity. This is the most recent year for which the center near the US city of Boston had data.