Russia and Iran are back to promoting the International North-South Transport Corridor as an alternative future option to the Suez Canal after a giant container ship went aground in the canal last month, disrupting global trade traffic for a week. 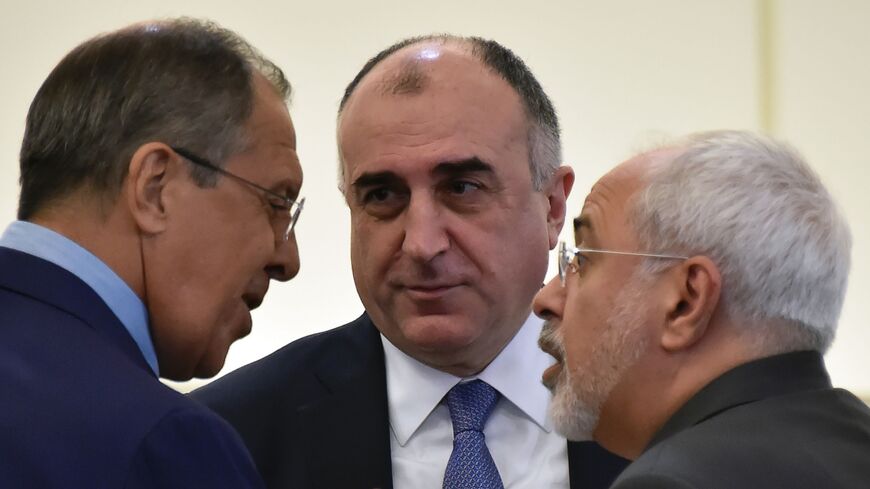 CAIRO — The disruption of global traffic in the Suez Canal in late March after the giant container ship Ever Given went aground prompted Russia and Iran to mention, once more, the International North-South Transport Corridor as an alternative option to the Suez Canal in the future.

The Russian and Iranian proposals raised questions as to whether the corridor could affect the revenues generated from the Egyptian canal.

Shipping was halted in the canal March 23 after the Ever Given was stuck sideways on a narrow section of the canal and required almost a week of efforts before being dislodged.

Speaking to the press ahead of a meeting with his Iranian counterpart in Tehran on April 13, Russian Foreign Minister Sergey Lavrov said Russia and Iran are interested in developing the International North-South Transport Corridor. He added that discussions are underway in Tehran to boost cooperation between the two countries and explore the economic benefits of the corridor, particularly since the disruption of shipping in the Suez Canal has required the consideration of alternative routes.

Yury Trutnev, one of Russia's deputy prime ministers, told the media March 31 that the Russian northern sea route could be an important backup option for global trade in case shipping was blocked again in Egypt’s Suez Canal.

Commenting on the disruption of global trade traffic in the Suez Canal on March 23, Iran's ambassador to Russia, Kazem Jalali, spoke to the press March 28 about the importance of the International North-South Transport Corridor as an alternative option to the canal.

The corridor is a 7,200 kilometer-long (4,475-mile) ship, rail and road transportation network that links the Indian Ocean to the Caspian Sea via the Persian Gulf into Russia and Northern Europe. Russia and Iran have talked of building a canal through Iran to the Caspian Sea. The corridor is still in its early stages despite having been proposed in 2002 by Russia, Iran and India.

In another statement April 5, Rabie said navigation in the canal is unquestionably and undoubtedly safe, and the canal authority’s proactive measures in this regard are part of a continuous effort that started with President Abdel Fattah al-Sisi launching the Suez Canal expansion project in 2015.

He said the canal will remain the main artery for global trade and the shortest, fastest and safest shipping route. The navigation traffic in the canal is fully secured by land, sea and air by the Egyptian armed forces and special forces tasked with securing the canal’s inner navigation route.

Ahmed al-Shamy, an adviser to the Ministry of Transport on maritime transport affairs, said he does not believe the International North-South Transport Corridor would compete with the Suez Canal or even affect its revenues in the years to come.

Shamy told Al-Monitor that the Suez Canal is an international corridor providing top services and safety around the clock, unlike the International North-South Transport Corridor, which lacks such services and safety measures and mainly serves Iran, Russia and India. The northern sea route is only operational part of the year because of freezing weather, he added.

He pointed out that Russia and Iran reached an agreement to develop the corridor 20 years ago. Little has happened since then, and the Suez Canal has not been affected, he added.

Shamy said Suez Canal revenues for 2021 are expected to go beyond $6 billion, the highest ever, despite the nearly one-week blockage. He said Egypt's rapid response to dislodge the vessel and end the crisis has increased the world's confidence in the canal and its management and should have a very positive impact on the canal and its revenues.

Wael Qaddour, the canal authority's former deputy chairman, also ruled out the idea that the International North-South Transport Corridor would affect the Suez Canal’s revenues. He said that weather conditions prevent the corridor from operating throughout the year and that it is used mostly for the transportation of oil and gas while the canal operates throughout the year at full capacity serving all types of ships, including oil tankers and non-oil container vessels.

Qaddour told Al-Monitor that the canal authority must put in place flexible marketing plans to eliminate the repercussions of the recent canal blockage. He said insurance premium pricing for ships will increase, subsequently elevating transport costs via the canal and impacting the size of the ships that might go through the canal in the future. The authority must learn from the experience to better handle giant ships, improve the training of its staff and plan for the use of giant tugboats to quickly respond to any future crisis, he said.

Qaddour said he expected the canal to generate record-high figures in April despite the blockage incident. The canal’s revenues will not be affected by either the International North-South Transport Corridor or by last month's disruption, he said.

Yaman al-Hamaki, a professor of economics at Ain Shams University, told Al-Monitor that the Suez Canal’s geographic location makes it the fastest, shortest, cheapest and safest shipping route. That is not to mention that it is trusted by international freight shipping, which she said was clear from how quickly the authority unblocked the canal. Hence, it is unrealistic to say that the International North-South Transport Corridor is a competitor that would affect the canal’s revenues, she said.