The arrests come at a time of heightened tensions between Iran and Israel, as the latter has been linked to a recent wave of attacks targeting Iran's nuclear and missile programs. 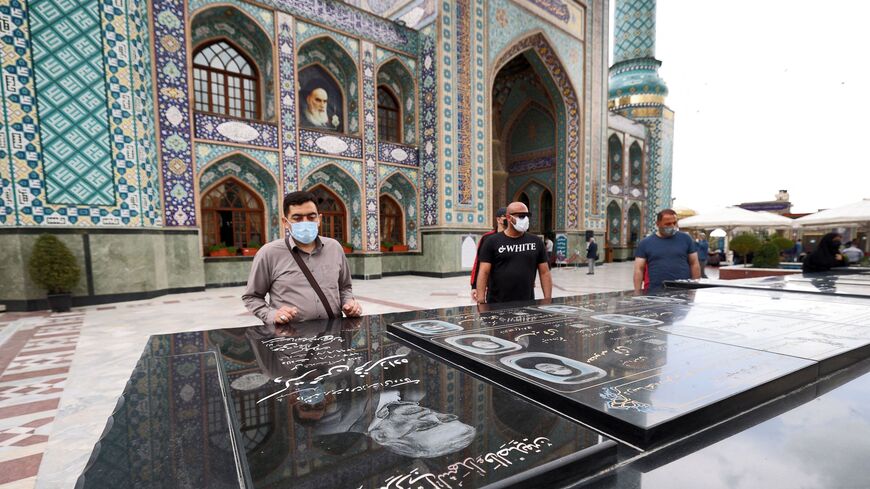 People pay their respects by the grave of Mohsen Fakhrizadeh, an Iranian scientist linked to the country's nuclear program who was killed months before, at the Emamzadeh Saleh shrine in the Shemiran district of Iran's capital Tehran on April 14, 2021. - ATTA KENARE/AFP via Getty Images

According to Mehdi Shamsabadi, the prosecutor in the southeastern city of Zahedan, the three were rounded up from across multiple locations nationwide in April following an eight-month-long sophisticated surveillance operation by Iran's Intelligence Ministry.

"They had been tasked with the assassination of nuclear scientists," the prosecutor told a presser, adding that in the face of damning evidence, the three "showed absolutely no objection to their arrest warrants."

At least five Iranian nuclear scientists have been assassinated since 2010 in operations blamed on Israel. The Israeli government, which considers Iran's nuclear and missile programs to be existential threats, has neither denied nor confirmed its involvement.

Alleged infiltration and sabotage by Israel's intelligence apparatus well inside Iran have in recent months reached a new climax. Individuals linked to Iran's Islamic Revolutionary Guard Corps (IRGC) — including a colonel with its overseas branch, the Quds Force — have been among the targets. On June 13, Iran also announced the "martyrdom" of two experts working for its aerospace industry, which is in charge of the country's missile program. And only on June 20, Iran's Defense Ministry confirmed that a May 26 blast inside the Parchin military complex was an act of sabotage. The highly sensitive center south of the capital, Tehran, has in the past been associated with suspected military aspects of Iran's nuclear program.

The fresh arrests were not the first Iran has made in connection with assassination plots against its nuclear scientists. In 2012, following a chain of such deadly attacks, Iran detained a dozen of its own nationals and brought them before cameras to "confess" details of their ties with Mossad before sentencing them to death.

But 26 months later, only one was kept languishing to be put to the gallows. The rest were secretly released with no official statement as to why the decision was revoked. In 2019, Maziar Ebrahimi, one of those released, recounted from exile how the group was tortured into confessing in a saga that was entirely baseless in the first place and how they fell victim to an internal rift between Iran's two parallel and competing agencies, namely the Intelligence Ministry and the IRGC's intelligence organization.

Ebrahimi's revelations prompted a rare statement from the Intelligence Ministry, admitting that the probe was a failure and that it had paid cash compensation to the detainees upon their release.