A State Department spokesperson said the administration will review the final contracts and financing terms to address any sanctions concerns. 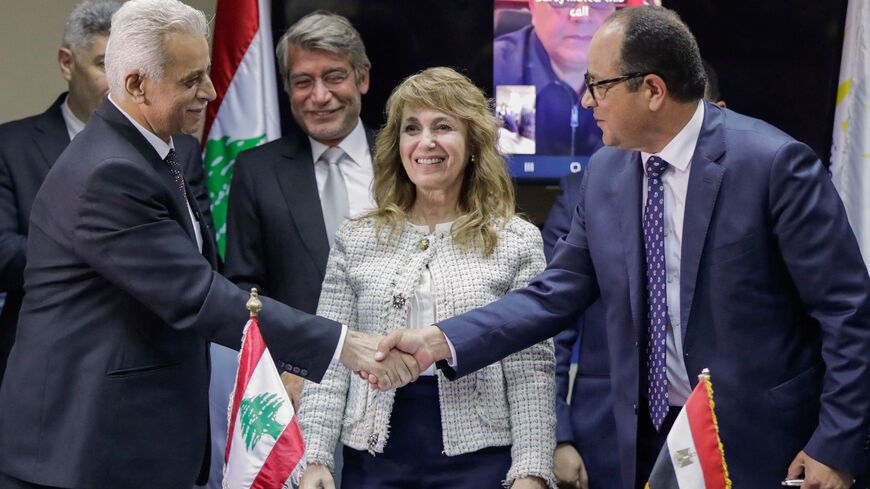 The Biden administration welcomes the newly signed energy deal among Lebanon, Syria and Egypt but will review the final contracts to ensure they are in compliance with US sanctions targeting the Syrian government, a State Department spokesperson told Al-Monitor.

Under the deal signed at the Lebanese Energy Ministry in Beirut on Tuesday, Egypt has agreed to supply Lebanon’s Deir Ammar power plant with some 650 million cubic meters of natural gas each year using the Arab Gas Pipeline, which also passes through Syria and Jordan.

"The United States government welcomes the June 21 announcement that an agreement has been reached to provide much-needed energy to the Lebanese people amid their acute energy crisis," the State Department spokesperson said.

"We look forward to reviewing the final contracts and financing terms from the parties to ensure this agreement is in line with US policy and addresses any potential sanctions concerns,” the spokesperson added.

Why it matters: The Syrian government will receive in-kind compensation in the form of gas supplies, rather than cash payments, for its participation in the energy project. Because of this, Egypt has sought assurances that the gas plan won’t violate US sanctions imposed on Syria through the so-called Caesar Act.

Some Republican lawmakers have also raised concerns that the energy deals, including a separate agreement to send Jordanian electricity to Lebanon, would run afoul of sanctions meant to punish the Syrian regime and its financial backers.

Amos Hochstein, a senior adviser for energy security at the State Department, said last week that the Biden administration had given “pre-approval” for the project. Once the deal is finalized, “I believe we will be in a place where we can say it doesn't violate the Caesar sanctions and have the gas finally flow," he said.

What’s next: Once implemented, the Egyptian gas plan will increase energy-stricken Lebanon’s power supply by four hours per day, up from the current two hours.

Lebanon’s caretaker Energy Minister Walid Fayad said “final guarantees from the United States” are still needed, as well as approval from the World Bank, which has pledged to fund the plan as long as Lebanon makes reforms to its crippled electricity sector. Lebanon’s Cabinet adopted a wide-ranging electricity reform plan in March, but it has yet to be fully implemented.

The Treasury Department “will work closely with the State Department to assess any sanctions implications of a final deal,” a spokesperson said.

Know more: Barbara Leaf, the State Department’s top diplomat for the Middle East, discussed the energy plan during a Senate hearing earlier this month. Rodayna Raydan reports on how electricity shortages in Lebanon are worsening the country’s water crisis.