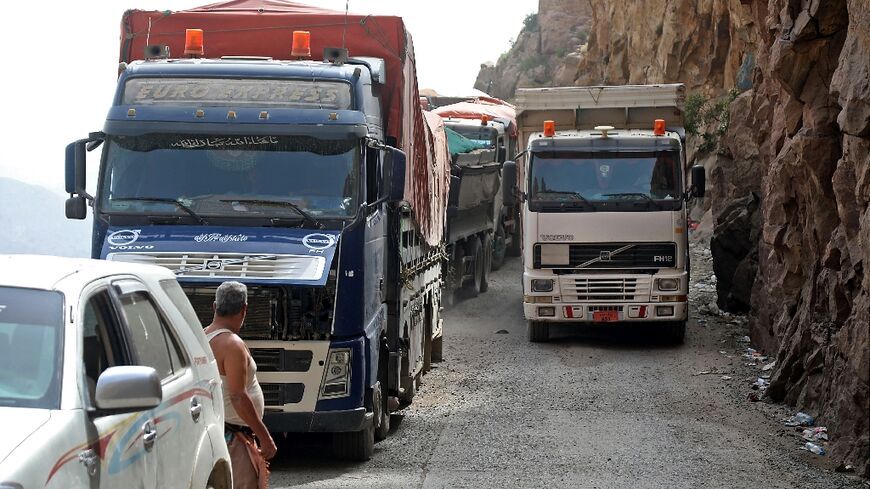 Trucks travel along a heavily damaged road, the only route between Yemen's cities of Taez and Aden - AHMAD AL-BASHA
Agence France-Presse
May 6, 2022 — Taez (Yemen) (AFP)

Overloaded trucks and cars packed with families ply narrow, bumpy mountain roads surrounding this Yemeni city long-besieged by Huthi rebels -- evidence that the terms of a truce have yet to be met.

Announced just over a month ago, the truce called for warring parties to reopen the main roads into Taez, a city of roughly 600,000 people in Yemen's southwest that has been largely cut off from the world since 2015.

So far, however, those roads remain closed, meaning truck drivers and ordinary civilians have no choice but to seek out dangerous alternative routes prone to accidents and seemingly endless traffic jams.

In normal times, one such road, known as "Al-Aqroudh", should allow drivers to reach the village of Al-Hawban east of Taez in just 15 minutes.

But now the trip can take up to eight hours.

"People are tired, especially children and women. We wait in traffic jams for three or four hours because of the narrowness of the road," truck driver Abdo al-Jaachani told AFP.

These days he only uses the road once or twice a week to avoid a rough journey that is compounded by the wear-and-tear on vehicles as well as the rising price of fuel.

The Huthis took control of the capital Sanaa in 2014, prompting the coalition to intervene the following year and giving rise to what the United Nations has termed the world's worst humanitarian crisis.

Hundreds of thousands of people have been killed and the country has been pushed to the brink of famine. 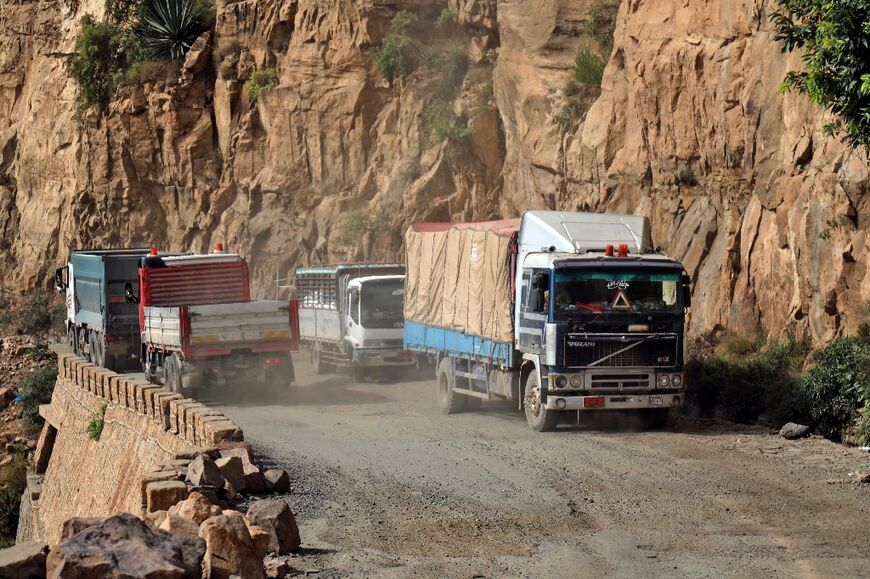 Despite the coalition's backing, forces loyal to the government have failed to prevent the Huthis from seizing control of most of northern Yemen and eyeing other strategic areas.

The two-month renewable truce began in early April, coinciding with the start of the Muslim holy month of Ramadan.

It has provided much of the Arab world's poorest country with a rare respite from violence.

Less than a week after it took effect, Yemen's then president Abedrabbo Mansour Hadi announced he was handing over power to a new eight-man leadership council, fuelling cautious optimism over a long-term ceasefire.

The truce has also seen oil tankers arriving at the port of Hodeida, potentially easing fuel shortages in Sanaa and elsewhere.

But a deal to resume commercial flights out of Sanaa's airport for the first time in six years has yet to materialise, with a planned inaugural flight in late April postponed indefinitely. Each side blames the other for the holdup.

And Taez remains under siege, to the dismay of civil society organisations.

Each day "civilian victims fall on rugged mountain roads", more than a dozen groups said in a joint statement in April.

"The horrifying scenes of vehicles and trucks falling apart with people and goods... are unspeakable." 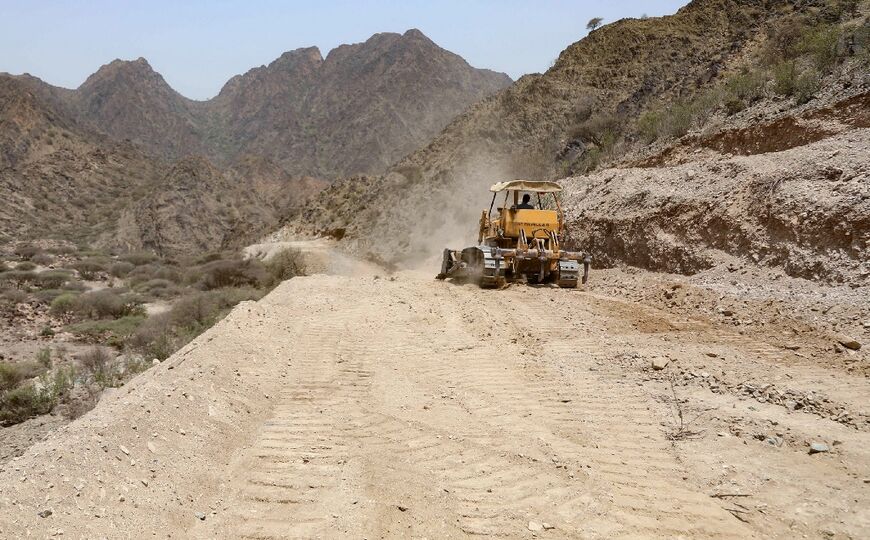 In a Twitter post Wednesday, the French embassy in Yemen expressed "deep concern over the siege of Taez which has lasted for several years and which places its many inhabitants in humanitarian distress".

Residents like Abdallah Rajeh find themselves unwilling to venture out to see relatives as such trips are "very painful because of the bumpy road and the traffic jams".

Like many of his neighbours, he holds out hope that the truce will eventually unblock the main roads in and out of Taez.

"If the crossings are not reopened, people will pay the price," he told AFP.

"All these problems and difficulties only affect ordinary people."