Will Turkish opposition leader's Alevi faith be hindrance at polls?

While some speculate Kemal Kilicdaroglu's faith could cost him votes in a potential runoff against President Recep Tayyip Erdogan, if framed properly it could even provide an opportunity for the opposition. 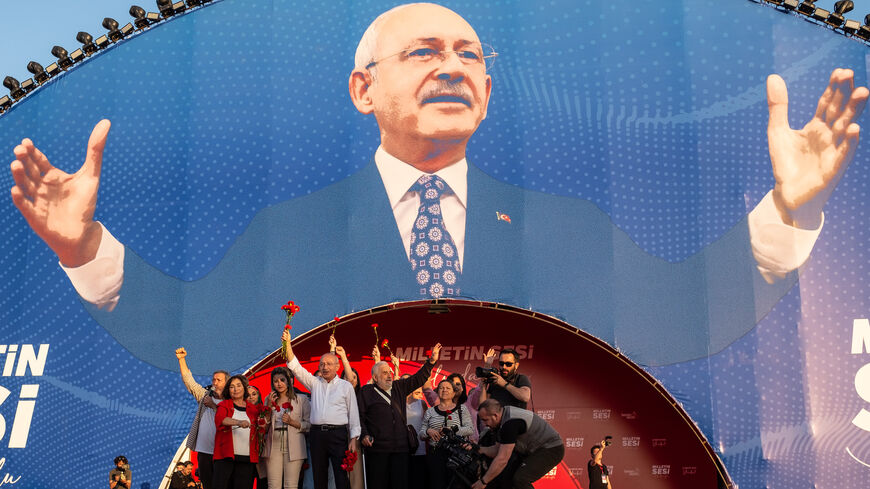 The boil has been lanced. The debate over the Alevi faith of Turkey’s main opposition leader Kemal Kilicdaroglu and what it means for his electoral fortunes in a potential face-off with President Recep Tayyip Erdogan finally spilled out into the public when Ahmet Sik, a left-wing lawmaker and former journalist, made his opinions known.

Sik articulated what many privately thought but dared not say: that Kilicdaroglu’s Alevi roots are a hindrance. Sik was forced to apologize and clarify his remarks after facing sharp criticism for providing fodder to Erdogan, who has played the Alevi card against Kilicdaroglu in the past.

In fact, he might have done Turkey’s opposition a favor. With proper framing, Kilicdaroglu’s faith could even become a trump card and an opportunity for the opposition to project inclusiveness and for voters to cast aside prejudices and unite against Erdogan. It could be Turkey’s Obama moment or its Zelenskyy one when Ukraine, a country stained by antisemitism, elected its first Jewish president in 2019. Some would argue that comparisons with majority Christian countries don’t apply. But then Pakistan, which broke away from Hindu majority India in 1947 as a haven for Sunni Muslims, was founded by Mohammed Ali Jinnah, a Shiite.

Pollsters would call such thinking fanciful. Surveys consistently show that the leader of the pro-secular Republican People’s Party (CHP) would fare poorly against Erdogan. The same polls say CHP mayors of Ankara and Istanbul and Meral Aksener, the leader of the right-wing nationalist Iyi Party, would all beat Erdogan in a runoff.

However, with each passing day, it’s growing clearer that 73-year-old Kilicdaroglu wants to run. Over the weekend, over half a million people gathered to hear him at a rally in Istanbul to protest the jail sentence meted out to the CHP’s provincial chair, Canan Kaftancioglu, over a series of tweets she posted nine years ago. It was more of an opening shot for his presidential campaign, with ordinary citizens invited to the podium to air grievances over skyrocketing prices. His path has been eased by Istanbul Mayor Ekrem Imamoglu’s recent missteps.

Kilicdaroglu insists it’s up to fellow leaders from the diffuse block of opposition parties whose sole purpose is to unseat Erdogan to decide on a joint candidate. Ali Babacan, a former economy minister and founding member of Erdogan’s Justice and Development Party (AKP) who broke away to set up his own liberal Deva Party, announced today that he would throw his hat into the ring if the opposition alliance failed to do so.

At the same time, Babacan hinted that he would not be opposed to Kilicdaroglu, saying, “I would be ashamed to raise issues about the ethnicity, the sect and the religious beliefs, in connection to the presidential aspirations of any of our citizens.”

Turkey’s Alevis have faced centuries of violence and discrimination at the hands of the country’s Sunni Muslim majority, none perhaps more so than the Kurdish Alevis in the southeastern province of Dersim or Tunceli from which Kilicdaroglu hails. (There are also Turkmen Alevis who live outside the heavily Kurdish region.)  At least 80 members of Kilicdaroglu’s tribe perished in the 1938 massacre by the Turkish army that left thousands dead. Some 40 other family members were exiled along with tens of thousands of Alevi Kurds.

Little wonder then that Kilicdaroglu felt compelled to play down his origins as he rose through the ranks of the bureaucracy to become the head of Turkey’s social security agency in 1992 when Turkey’s generals still held sway.

A year later, a crowd of Sunni fanatics set fire to a hotel in the Anatolian city of Sivas where Aziz Nesin, a famous Turkish author who translated Salman Rushdie’s "The Satanic Verses" — a book regarded as blasphemous by Muslims — was known to be staying. Nesin survived, but some 37 others, mostly Alevi intellectuals, died in the blaze.

The Alevis practice a unique religion that is heavily infused with Sufism, venerates nature and the Prophet Mohammed’s son-in-law Ali. Women and men worship together in their own distinct temples known as cemevis, and as such are hailed as progressive in secular circles and denigrated as heretics in hardcore Sunni ones.

Much as President Barack Obama played down race throughout his presidency, Kilicdaroglu has rarely mentioned his religion since becoming CHP president in 2010 — the notable exception being when this correspondent exhorted him to say it in an interview. His words “I am an Alevi, so what?” were splashed across the front page of the mainstream Haberturk newspaper in 2011.

In the ensuing years, Kilicdaroglu — deftly and firmly — fended off multiple challenges to his leadership from within the CHP and steered Turkey’s oldest party founded by Ataturk away from militant secularism to a more inclusive middle ground. Kilicdaroglu now vows to steer the country back to democracy and away from the descent into full blown authoritarianism under 19 years of AKP rule.

Critics have long accused Kilicdaroglu of temerity and conformism, particularly on the Kurdish issue. The pro-Kurdish Peoples’ Democratic Party (HDP) has been excluded from the six-party alliance for fear of alienating nationalist voters. Kilicdaroglu’s support for lifting immunity from prosecution for members of parliament paved the way for the jailing of numerous HDP lawmakers, including its immensely popular former co-chair, Selahattin Demirtas. But it’s precisely this balancing act that helped him assemble right-wing nationalists, liberals and a pro-Islamic party — led by a former lawyer who defended the perpetrators of the Sivas attack — against Erdogan, his proponents say.

Either way, Kilicdaroglu was likely to have heard an earful from his wife and cousin, Selvi, a former journalist who didn’t speak any other language than Zaza, a Kurdish dialect widely spoken in Dersim, until the age of 4. Unlike her husband, she is open about the family’s Kurdish connections and has aired her admiration for HDP women politicians.

However, there is another side to Kilicdaroglu. Even as he was computing pensions in government, Kilicdaroglu was quietly gathering what is said to be Turkey’s largest archive on the Dersim killings. It was he who coaxed Ihsan Sabri Caglayangil, a former police chief and foreign minister, to confess that the army had used poison gas against the Alevi Kurds.

Kurdish voters are set to determine the outcome of the forthcoming elections in 2023 as they did in the municipal polls in 2019, which saw the CHP defeat the AKP in Ankara and Istanbul.

Roj Girasun, a Kurdish researcher in Diyarbakir who runs Rawest, a polling outfit, says his research reveals that interest in the CHP leader is growing among the Kurds. “His popularity is rising in parallel to the possibility that he will be the candidate, and while Kurds do not see them as one of their own, they do feel an affinity,” Girasun said.

In order to win in a first round, a presidential candidate needs to get an outright majority. If none does, the top two scorers face each other in a second round.

More than half of those polled in the Kurdish majority cities of Diyarbakir, Van, Urfa and Mardin this year, said they would vote for Kilicdaroglu if the HDP’s Demirtas, their favorite candidate, failed to make it to a second round.

Tarik Celenk, a pious conservative intellectual, agrees that Kilicdaroglu’s Alevi faith will have little bearing on his fortunes. After all, Sunni purists are unlikely to vote for the CHP no matter which candidate it fields. His biggest problem, Celenk told Al-Monitor, is Kilicdaroglu’s failure to articulate a clear plan to rescue Turkey’s sinking economy and persuade pious voters that they will preserve “the first-class status” conferred to them by Erdogan.

The other is Kilicdaroglu’s body language. “People have grown used to combative personalities, to fights,” Celenk noted. And there is no candidate on the horizon who matches Erdogan on that score.