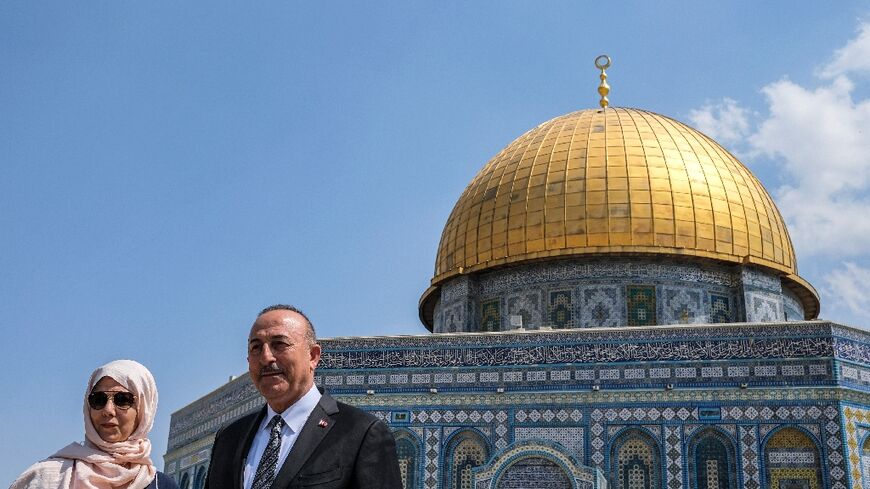 Turkey's diplomatic thaw with Israel will help the Palestinians, Foreign Minister Mevlut Cavusoglu said on Wednesday during the first trip to Israel by Ankara's top diplomat in 15 years.

Cavusoglu, who met Palestinian officials in the occupied West Bank on Tuesday, was in Jerusalem as Turkey and Israel seek to mend ties which began to fray following an Israeli military operation in the Gaza Strip in 2008.

Ties fully collapsed in 2010 when Israeli forces stormed a Turkish aid ship bound for the blockaded Gaza Strip, in a botched operation that claimed the lives of 10 Turks.

Cavusoglu and his Israeli counterpart Yair Lapid stressed economic ties had continued to grow, despite years of acrimony between the two countries.

"We won't pretend that our relationship has not seen its ups and downs," Lapid said.

"Even in times of political tension, economic cooperation between our countries has been constantly on the rise."

Addressing the Israeli-Palestinian conflict, Cavusoglu voiced hope Turkey and Israel could "address our disagreements in a more constructive manner".

"Turkey is ready to take responsibility to continue the efforts towards (Israeli-Palestinian) dialogue," he said.

After meeting Lapid, Cavusoglu visited the Al-Aqsa mosque compound in Israeli-annexed east Jerusalem, Islam's third holiest site and the scene of repeated clashes between Palestinians and Israeli police during the Muslim fasting month of Ramadan.

More than 200 people, mostly Palestinians, have been wounded at the site in the past few weeks. One man died this month from injuries suffered as he was caught up in unrest at Al-Aqsa.

Cavusoglu's visit, which passed without incident, saw him pray at the Al-Aqsa mosque and meet with Azzam al-Khatib, head of Jerusalem's Waqf Islamic affairs council, which administers the site.

Last month, Erdogan called his Israeli counterpart amid clashes at Al-Aqsa, known to Jews as the Temple Mount and the holiest site in Judaism. 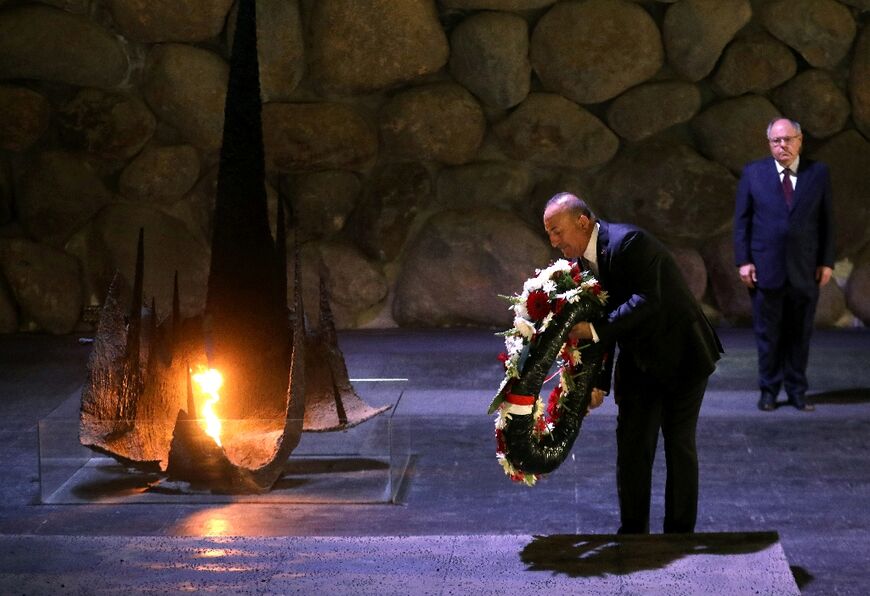 The massive deployment of police as well as increasing presence of observant Jews at the site have been widely perceived as a "provocation" by Palestinians and several Muslim countries.

Erdogan remains a vocal supporter of the Palestinian cause but analysts say he wants improved relations with Israel to bolster Turkey's struggling economy, including through joint gas initiatives.

At his meeting with Lapid, Cavusoglu noted Turkey was a top 10 trading partner for Israel and a major destination for Israeli tourists, voicing hope deepening ties could yield benefits for Palestinians.

"We believe that normalisation of our ties will have a positive impact on peaceful resolution of the conflict," he said.

Israel and Turkey hailed a new era in relations when Herzog met with Erdogan in Ankara in March.

Cavusoglu and Lapid on Wednesday agreed to set up a formal process that would allow Israeli carriers to land in Turkey and renewed a bilateral economic commission.

During Cavusoglu's trip to Ramallah on Tuesday, Turkey signed nine new pacts with the embattled Palestinian Authority, ranging from agriculture to education and trade.