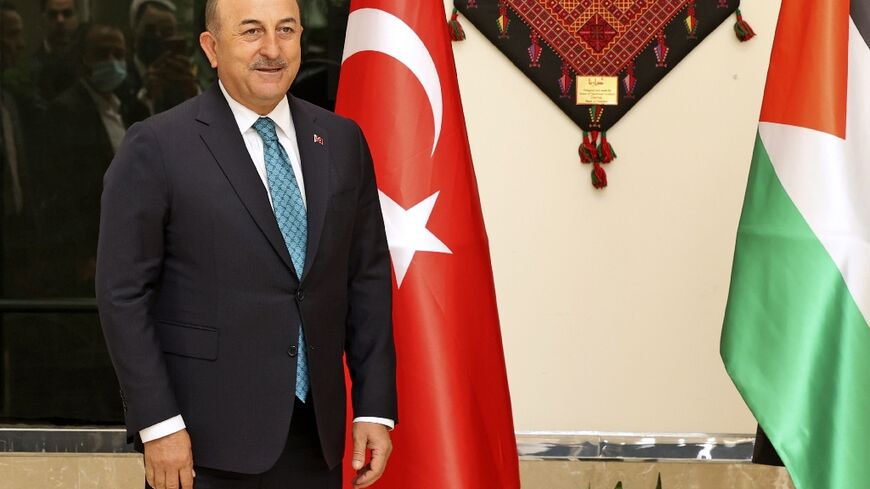 Cavusoglu, who met Palestinian officials in the occupied West Bank on Tuesday, was in Jerusalem as Turkey and Israel seek to mend ties following a breakdown that began during an Israeli military operation in Gaza in 2008.

Cavusoglu and his Israeli counterpart Yair Lapid stressed that economic ties had continued to grow despite years of acrimony between the two countries.

"We won't pretend that our relationship has not seen its ups and downs," Lapid said.

"Even in times of political tension, economic cooperation between our countries has been constantly on the rise."

Cavusoglu noted that Turkey was a top 10 trading partner for Israel and a major destination for Israeli tourists, voicing hope that deepening ties could yield benefits for Palestinians.

"We believe that normalisation of our ties will have a positive impact on peaceful resolution of the conflict," he said.

Cavusoglu claimed that dialogue between Turkish President Recep Tayyip Erdogan and his Israeli counterpart Isaac Herzog helped "maintain calm" during a tense period in Jerusalem this year that saw widespread clashes as the Muslim holy month of Ramadan and the Jewish passover holiday overlapped.

"Turkey is ready to take responsibility to continue the efforts towards (Israeli-Palestinian) dialogue," Cavusoglu said.

Israel and Turkey hailed a new era in relations when Herzog met with Erdogan in Ankara in March.

Erdogan remains a vocal supporter of the Palestinian cause but analysts say he wants improved relations with Israel to bolster Turkey's struggling economy, including through joint gas initiatives.

Cavusoglu and Lapid on Wednesday agreed to set up a formal process that would allow Israeli carriers to land in Turkey and renewed a bilateral economic commission.