Kobani, Manbij and Tel Rifaat stand out as the main targets in a prospective new Turkish operation in northern Syria, but Erdogan might narrow his objectives to avoid tensions with the United States. 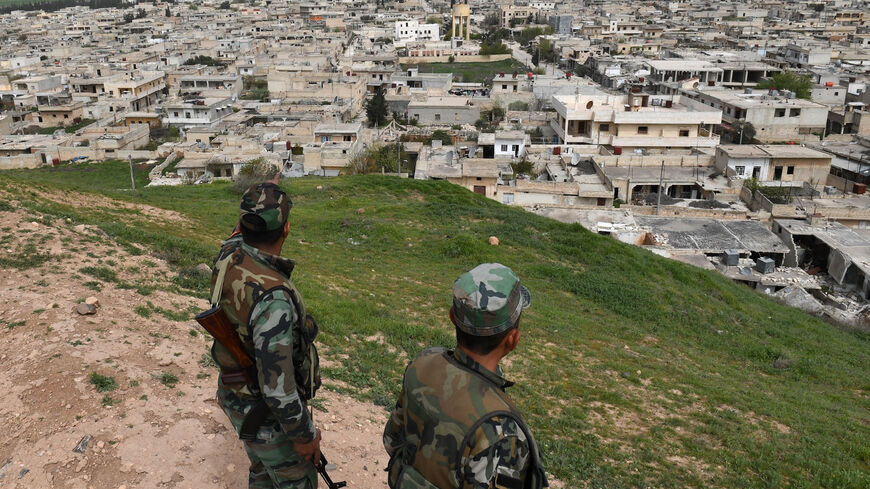 Turkish President Recep Tayyip Erdogan has raised the prospect of a fresh military operation in Syria, trying his hand once again at creating a safe zone with a depth of about 30 kilometers (19 miles) along the border — a plan he had to shelve in October 2021 after failing to get a green light from Russia and the United States.

The plan, aimed at areas held by US-backed Kurds, is back on the table amid what Ankara sees as more favorable conditions since Russia’s invasion of Ukraine. With the war boosting his stock, Erdogan believes he can now forge ahead in Syria, wielding Turkey’s veto power against Finland's and Sweden’s NATO bids as a bargaining chip. According to Ankara’s calculus, Washington could acquiesce to a Turkish move in Syria to clear the way for a historic NATO expansion and, depending on the targets Turkey selects, the operation could mesh with US plans to open a second front to Russia in Syria in response to the invasion of Ukraine. Similarly, Ankara reckons that Russia would struggle to focus on Syria amid its preoccupation with Ukraine and be unwilling to vex Turkey, which has provided it with a lifeline against the barrage of Western sanctions.

The conjuncture has domestic aspects as well. Under growing pressure over Turkey’s hosting of millions of Syrian refugees, Erdogan is drawing a link between the incursion plan and the goal of repatriating the refugees, while diluting the public’s focus on the country’s deepening economic woes. To drum up popular support, he argues that a military operation would provide a safe space for refugees to return.

Turkey is eyeing Tel Rifaat and Manbij to the west of the Euphrates, and Kobani, Ayn Issa and Tell Tamer to the east of the river.

The border city of Kobani disconnects the areas that Turkey has come to control as a result of operations Euphrates Shield and Peace Spring. Also, it bears symbolic significance as a place where Syrian Kurds affiliated with the PKK, the armed outfit designated as a terrorist group in Turkey, are holding sway and the battlefront where the United States first came to the help of the Kurds against the siege of the Islamic State (IS) in 2014.

Ayn Issa and Tell Tamer, lying to the south of Tell Abyad and Ras al-Ayn, which Turkey seized in Operation Peace Spring in October 2019, are important in terms of securing the strategic M4 highway and disconnecting Kurdish-held areas. Yet Syrian government forces were deployed to those regions after the Turkish operation, coupled with Russian coordination, patrol and military policing missions. US forces withdrew from Manbij, Tabka, Kobani, Ayn Issa and Tell Tamer at the time, effectively facilitating the Turkish thrust, and are not within the range of the new operation plan. The Kurds, however, expect the United States and Russia to deter Turkey as the respective guarantors of the Oct. 17 cease-fire deal and the Oct. 22 Sochi agreement that followed Operation Peace Spring.

The Biden administration has expressed concerns over a new Turkish military campaign on the grounds that it would hamper the fight against IS. Russia, for its part, has issued mixed signals in an apparent bid to make use of the Turkish-US rift in Syria. Foreign Minister Sergey Lavrov’s remarks last week, justifying Turkey’s security concerns in Syria, resonated as backing for Ankara’s plans, but Russian moves on the ground paint a different picture. Russia sent two warplanes and six helicopters to the Qamishli airport, with the helicopters subsequently flying over Amuda, Darbasiyah and Kobani as well as some frontlines. In a first, Russian forces conducted joint patrols with the Kurdish People’s Protection Units (YPG) in Darbasiyah. And according to the Syrian daily al-Watan, Russia dispatched a military force comprised of dozens of vehicles to an area south of Ayn Issa in what the paper described as a warning to Turkey.

Erdogan’s announcement of the new operation plan on May 23 followed claims that Russian forces had begun to withdraw from Syria. But a Syrian military spokesman denied allegations that the Russians had evacuated positions in Qamishli, Tell Tamer, Ayn Issa, Aleppo and Idlib. And the opposition’s Syrian National Liberation Front said that Russian troops continue to fight on all battlegrounds in Idlib, Hama and the Latakia countryside.

Tel Rifaat, situated strategically in northern Aleppo, and the nearby Mining airbase have been under YPG control since 2016, with the Syrian army setting foot in the area simultaneously. In 2018, the Kurdish forces that lost Afrin to Turkey’s Operation Olive Branch retreated to Tel Rifaat. About 140 Kurdish-populated villages in northern Aleppo reinforce the YPG’s influence in the area. Russia greenlit Turkey’s seizure of Afrin but drew a red line at Tel Rifaat. Similarly, Russia allowed the Syrian army into the countryside of Manbij to stop Turkey from seizing the city.

Under the terms of Turkey’s 2019 Sochi deal with Russia, YPG elements and their weapons were to be moved to a depth of 30 kilometers from the Turkish border, in addition to the YPG’s removal from Manbij and Tel Rifaat. Ankara maintains that these pledges have remained unmet.

Turkey’s arguments on Tel Rifaat have been largely met with understanding, but a military move on Kobani is likely to trigger international outcry due to the city’s dense population, the traumas of 2014 and Kobani’s identification with resistance against IS.

The YPG holds positions in the villages of Suganka, Kantari, Samuka, Hasajak and Dam al-Shahba near Tel Rifaat, according to Arab sources. Turkey claims the YPG uses those positions to attack the Turkish-backed Syrian militia in Afrin, Jarablus, Azaz, Marea and al-Bab. Hence, its argument goes, a fresh operation is needed to prevent attacks on areas held as part of operations Euphrates Shield and Olive Branch.

Two contrasting scenarios stand out regarding Tel Rifaat. The first has it that Russia could acquiesce to limited Turkish gains in Tel Rifaat, provided that they would not threaten Aleppo, in the hope of putting a spanner in Turkish-US ties and forcing the Kurds to move closer to Damascus. According to the second scenario, a conflict in Tel Rifaat could spoil the Turkish-Russian rapprochement, strain Russia and turn up pressure on Damascus, thus playing into Washington’s hands. Turkey and Russia had come to loggerheads in 2020 amid clashes that saw Damascus regain control of the M5 highway, with a Russian bombing raid killing 34 Turkish soldiers.

Also, should Tel Rifaat change hands, the two Shiite settlements on the route to Afrin, Zahra and Nubl, would be encircled anew — a prospect alarming Iran. Zahra and Nubl have been protected by Hezbollah and local Shiite militia since 2016 when a four-year siege by Turkish-backed groups was lifted. The Syrian army is also present in the area.

Of note, the specter of a new Turkish operation has stirred Iran-linked forces around Aleppo. Members of the Islamic Revolutionary Guard Corps have held a meeting in Mayadin and tested short- and medium-range missiles in southern Raqqa, according to al-Quds al-Arabi daily.

A new Turkish operation in Syria is facing heightened risks due to the presence of Syrian forces at points of intersection with the Kurds since 2019. In a letter to the United Nations following Erdogan’s threat, Syria’s Foreign Ministry slammed Turkey’s military presence and actions in Syria as “aggression, occupation and demographic cleansing.”

On the ground, militia from the Turkish-backed Syrian National Army have been taking positions convenient to target Kobani, Manbij and Tel Rifaat amid reconnaissance flights over lines of contact in all three areas, Arab sources report. A Turkish military convoy, including 56 tanks, 11 rocket launchers and dozens of vehicles carrying logistical equipment, has reportedly crossed into Syria, heading in the direction of Manbij.