Islamic State leader Abu Hasan al-Hashemi al-Qurashi has been reportedly arrested in Istanbul, but the news has not yet been independently confirmed. 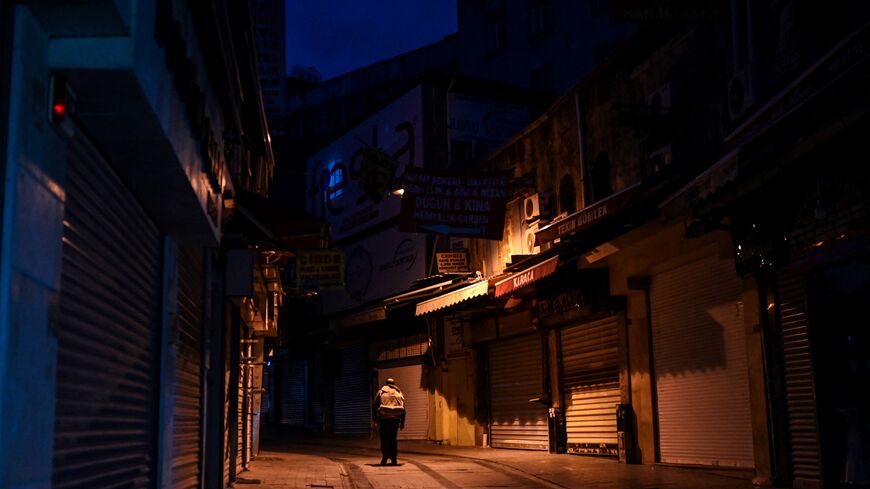 A porter walks on a street early on Oct. 28, 2021, near the Grand Bazaar in Istanbul. - OZAN KOSE/AFP via Getty Images

The Islamic State's most recent leader, Abu Hasan al-Hashemi al-Qurashi, was captured in a raid in Istanbul, according to media reports Thursday.

Al-Qurashi was caught last week during a raid at his hideout in Istanbul, according to a report by Turkish crime reporter Toygun Atilla. According to the report, the jihadist leader is being questioned by Turkish intelligence and police. His arrest came after extensive surveillance by the Turkish authorities and no shots were fired during the raid by Istanbul counter-terrorism police, the report added.

There was no immediate confirmation from official sources. An unnamed senior Turkish official confirmed to Bloomberg that Turkish police had arrested a man who was believed to lead the radical group since the assassination of its former leader, but stopped short of identifying the suspect by name. Al-Qurashi assumed the leadership of the jihadist Islamic State militant group after his predecessor was killed in a March US operation in Syria near the Turkish border.

Turkey's President Recep Tayyip Erdogan is expected to announce the details of the operation, according to Atilla's report.

A few hours after the reports, Turkish police shot a man suspected of planning to carry out a suicide bombing at the police headquarters in Turkey's border province of Gaziantep. The suspect has an extensive criminal record and authorities are investigating the incident, Gaziantep Governor Davut Gul tweeted without elaborating. Whether the incident is connected with the reported arrest remains unknown, but it has fueled fears of potential retaliation by the Islamic State. The jihadist group carried out several bloody attacks across the country, killing hundreds of civilians.