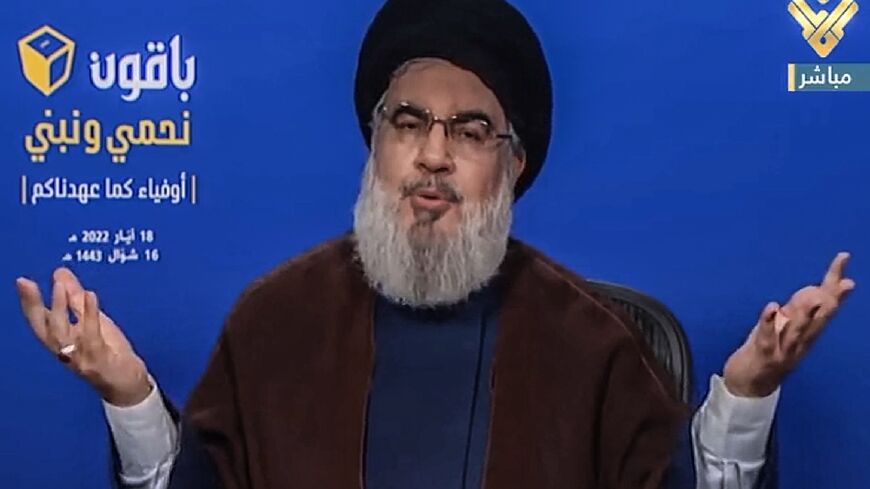 The head of Lebanon's powerful Shiite movement Hezbollah called Wednesday on parliamentary factions to cooperate, following elections that saw no bloc achieve a majority and the representation of independent lawmakers rise.

Nobody "can claim that the majority belongs to this or that group," said Hassan Nasrallah, acknowledging for the first time that his organisation and its allies lost their overall parliamentary majority in Sunday's poll.

Hezbollah and its allies -- comprised of fellow Shiite movement Amal and a Christian bloc led by President Michel Aoun -- fell just short of the 65 seats needed to control the 128-seat chamber, after accounting for around 70 lawmakers in the last parliament.

The elections came as Lebanon remains mired in one of the modern world's worst-ever economic crises -- one that has seen the currency lose more than 90 percent of its value against the dollar and the unemployment rate nearly triple to 30 percent since 2019.

Urging factions to co-operate, Nasrallah warned that "emptiness, chaos and failure" were "the alternative to partnership and cooperation".

"We are facing political blocs and independents," he noted, after non-aligned candidates capitalised on discontent arising from the economic crisis and repeated failures by the ruling elite to agree on a recovery plan.

Backed by Iran, Hezbollah is a major political and military force, described by its supporters a bulwark against its enemy Israel, and by its detractors as a state within a state whose continued existence prevents any kind of democratic change in Lebanon.

Considered a "terrorist" organisation by many Western countries, it is the only organisation to have kept its weapons following the 1975-1990 civil war.