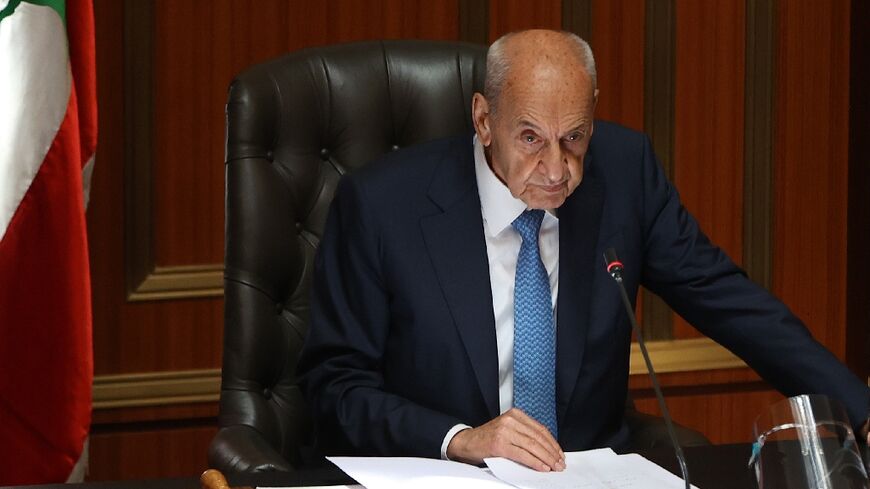 Lebanese lawmakers re-elected Nabih Berri as parliament speaker Tuesday for a seventh consecutive term, cementing his reputation as an immovable centrepiece of the country's political landscape.

Berri's candidacy went largely unchallenged but the 84-year-old clinched only the bare minimum number of votes needed for a win -- one of his lowest counts since he first rose to the helm of parliament 30 years ago.

Some lawmakers spoilt their ballots by writing slogans blaming the ruling class that Berri embodies for the successive crises that have hit Lebanon, from the 2020 Beirut port explosion to political assassinations and an ongoing economic meltdown.

"I will put the insults behind me... and approach blank ballots with a blank heart," Berri said after his victory, in one of his trademark quips.

He said he would extend his hand to all lawmakers so that, together, they can streamline overdue reforms and facilitate the appointment of a prime minister and a new president.

"The Lebanese, and the rest of world, are looking to you as a beacon of hope, possibly the only one," Berri told lawmakers. "We all live if Lebanon lives."

Aged 84, the warlord-turned-politician is one of the longest-serving chiefs of any parliament in the world.

An ally of the powerful Shiite militant group Hezbollah, Berri has weathered decades of turbulence and shifting political tides, including the current economic crisis and a 2019 protest movement demanding wholesale political reform.

Even after parliamentary elections in May yielded modest but unprecedented gains for independent candidates, Berri's position remained largely unchallenged.

He clinched a new four-year term during parliament's opening session on Tuesday with the votes of just 65 of parliament's 128 members. That was down from the 98 votes he secured in 2018. 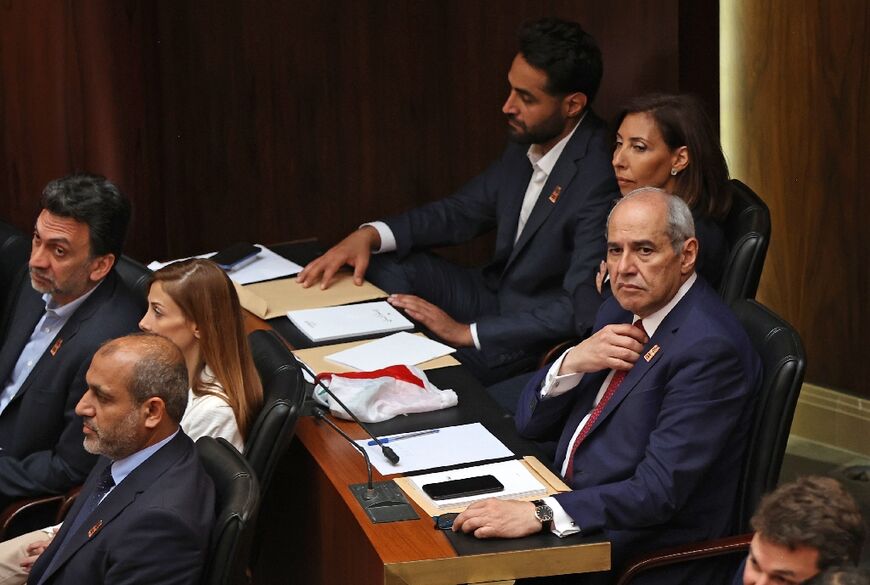 Opponents spoilt their ballots with a variety of political slogans.

"Justice for the victims of the Beirut blast," read one ballot, referring to a 2020 explosion at the capital's port that killed more than 200 people.

"Lokman Slim," read several ballots, referring to a Hezbollah critic who was found murdered in his car last year.

Berri will preside over a deeply fragmented parliament prone to the kind of deadlock that has paralysed Lebanese politics for decades.

Lawmakers will be called upon to push through long-overdue reforms to stem a financial crisis that has plunged most Lebanese into poverty.

Berri's re-election Tuesday was largely expected and held within legal deadlines but intense political horse-trading is expected in the coming months.

Observers have warned of protracted deadlocks during consultations to name a new prime minister and in the run-up to an election later this year to replace President Michel Aoun. 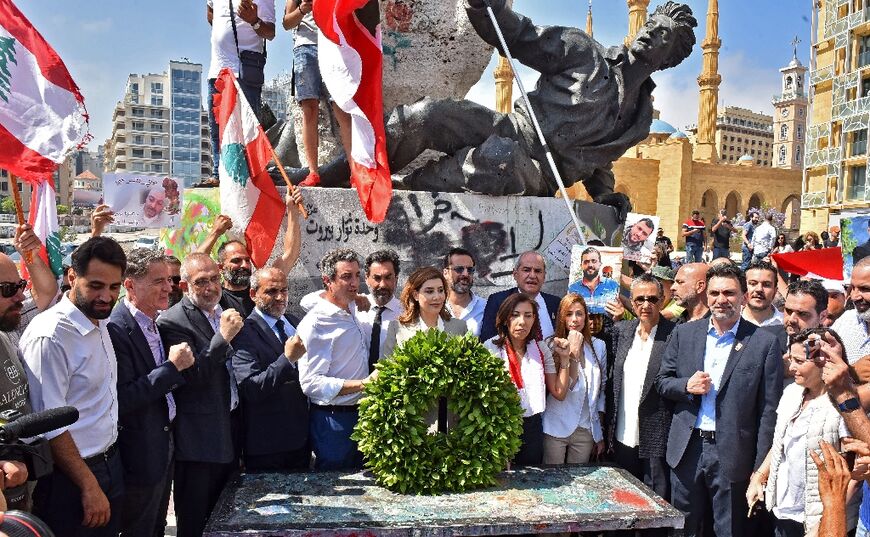 Ahead of Tuesday's session, independent lawmakers born out of the 2019 protest movement joined relatives of the victims of the Beirut port blast in a symbolic march from the docks to parliament.

They chanted "revolution" as they passed by Martyrs' Square -- the focal point of the 2019 protests.

"This square will be our reference," said independent lawmaker Firas Hamdan, who stepped into parliament for the first time on Tuesday.

A lawyer by training, Berri won power as a militia leader during the 1975-1990 civil war and transitioned to politics as the war ended.

That year, in the first polls after the war ended, Berri was simultaneously elected a member and speaker of parliament -- the highest post for a Shiite in the country's sectarian political system.