Tourist visits are increasing each year to the autonomous part of northern Iraq, an area that offers many natural, cultural and religious attractions. 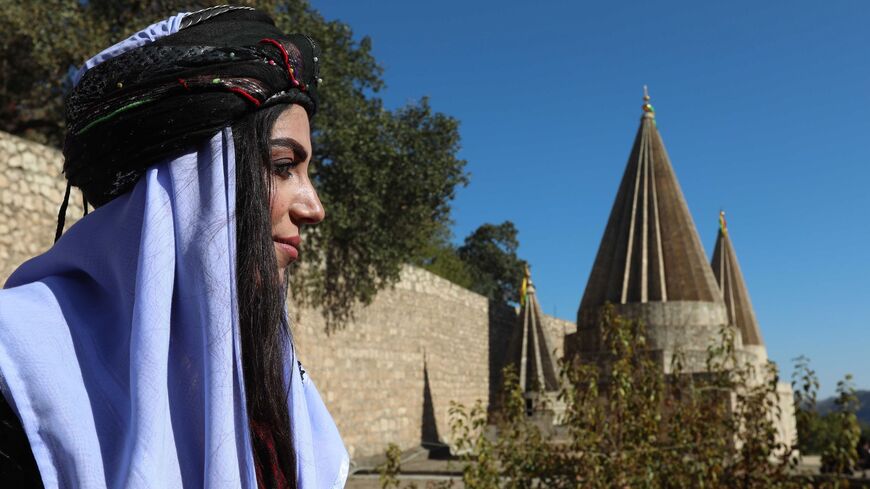 An Iraqi Yazidi woman visits the Lalish temple situated in a valley near Dohuk, northwest of the Iraqi capital, on Nov. 18, 2020. - SAFIN HAMED/AFP via Getty Images

The Kurdistan Regional Government (KRG) in Iraq is adding two new tourism directorates in a bid to attract visitors.

KRG Prime Minister Masrour Barzani said he plans to establish tourism directorates in the Soran district of the central province of Erbil and the Zakho district in the northwest province of Duhok. The decision aims to help the two districts better showcase their tourist sites, Kurdistan 24 reported today.

Why it matters:  Tourist visits to the Kurdistan Region are increasing. In 2018 and 2019 — before the COVID-19 pandemic — more than 3 million people visited the autonomous area of northern Iraq annually. Tourism plummeted in 2020 due to the pandemic, but numbers are going up again. More than 4 million tourists visited in 2021. Visits are on track to exceed that figure this year, according to the Kurdish news outlet Rudaw.

Zakho and Soran are particularly important to the tourism sector because they contain border crossings from Turkey and Iran, respectively.