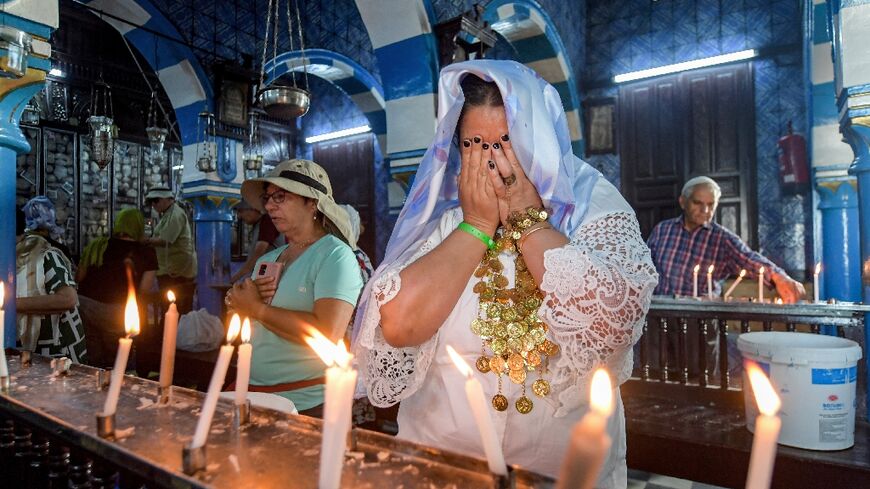 Hundreds of Jewish worshippers flocked to Africa's oldest synagogue in Tunisia on Wednesday, reviving an annual pilgrimage after a two-year hiatus due to the coronavirus pandemic.

Pilgrims passed through airport-style scanners and passed a heavy, armed police guard to enter the whitewashed Ghriba synagogue on the southern Tunisian resort island of Djerba.

Inside, they lit candles, prayed and handed each other sweets and nuts.

Many took photos and filmed relatives and friends inside the intricately decorated synagogue.

Others sat praying or reading scripture on their own, before leaving with their friends and family.

Solange Azzouz, 75, who was born in Tunis but has lived in Marseille, France for 58 years, said she had "lots of emotion".

"My father was from Djerba and for him the pilgrimage was very important," she said. "As I get older I appreciate it more and more."

She wore a brightly coloured silk blouse and pearls as she stood outside in the heat.

The pilgrimage marks the Lag BaOmer festival, which starts 33 days after the start of the Jewish Passover. 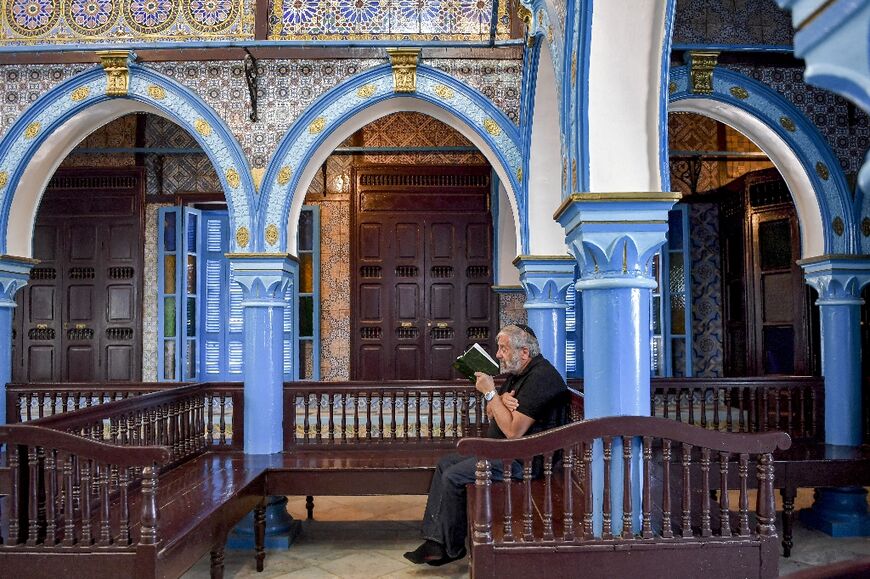 Djerba is home to one of the last Jewish communities in the Arab world, and the synagogue is believed to date to the sixth century BC.

The community is still recovering from a suicide bombing claimed by Al-Qaeda at the synagogue in 2002 that killed 21 people.

Before that, some 8,000 pilgrims used to travel to Djerba for the annual celebration.

The number plunged afterwards but had since recovered somewhat -- until the Covid-19 pandemic struck.

Last year a pilgrimage was held but with much reduced numbers and strict sanitary conditions.

Moroccan-born Paris resident Adi Wizman Nicodeme, 74, said he was on the pilgrimage for the first time on the invitation of a friend.

"For me it was important to come and get to know the place," he said. "I'm a professor of Judaism and Hebrew. My friends and students have told me about this place."

"After more than two years of closure it was important to be able to come. I hope we've reached the end of this pandemic which was so difficult for the entire world."