The proposals come as Iraqi cleric Muqtada al-Sadr's 40-day window to form a government draws to a close. 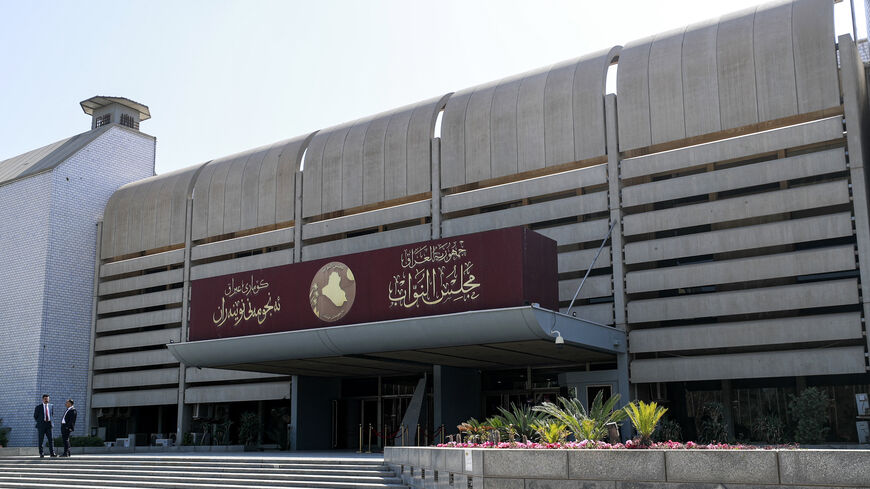 This picture taken on March 26, 2022, shows a view of the exterior of Iraq's Council of Representatives in Baghdad's heavily fortified Green Zone. - AHMAD AL-RUBAYE/AFP via Getty Images

The process of forming the new government in Iraq has come to a halt due to the lack of agreement between Iraq's political parties.

The parliament is divided into two rival blocs: the Saving the Homeland alliance (SH) and the Coordination Framework (CF).

The CF includes Nouri al-Maliki’s State of Law Coalition and the Fatah Alliance, which is associated with some of the Popular Mobilization Units factions and a few other small Shiite groups, in addition to an alliance with a small number of Sunni members of parliament and the Patriotic Union of Kurdistan.

Neither side has been able to gather two-thirds of the members of the 329-member Council of Representatives (parliament), which is required to select a president.

After three attempts to select a president, Muqtada al-Sadr, who has the largest bloc in parliament in the SH alliance, announced that he would give 40 days' time to the CF to form a government. Those 40 days end next week.

With that said, both sides now prepare to move their chess pieces against the other.

They also demanded changing the electoral law, which was just changed last year. The CF claims that SH has exploited the new electoral law to its benefit and gained more seats in parliament.

This means that the electoral law will remain a critical issue between the two sides in any upcoming election — whether in the 2025 elections or in early elections before that — if both sides fail to form a government.

The initiative also includes an offer to independent members to propose their candidates for the prime minister position.

The Sadrist movement has sought to bring in independent members in order to bring them into the alliance.

The initiative was relatively successful, as around 30 independent parliament members attended the second session to select a president, reaching 202 attendees — 18 less than the 220 required.

The more than 40 independent parliamentarians could sway the balance between the two camps.

Iraq's local media reported that Sadr is also preparing an initiative to form a government.

The details of Sadr's initiative are not known; however, it is very unlikely that he will propose something different from his first initiative to form a national majority government.

Soon after the CF's initiative, Sadr tweeted that Iraq's political forces are divided into three parts: the national coalition (SH), which is the largest bloc and calls for a majority government; the CF, which calls for a consensual government and has already failed to form a government; and independents. Sadr called upon independents to join him in forming a government, offering them the option that Sadrists would not get any share in the new government. He is delivering the message to independents that he is not looking to dominate the government and there is no need to be afraid of him.

It has also become clear that the main source of conflict in forming a new government is Shiite groups, who have split into two: Sadrists with 73 members, and other Shiite groups inside the CF with over 60 members.

The tension is compounded by the regional influence in Iraqi politics, which desires coordination among the Shiite parties in the selection of a prime minister.

In such circumstances, it is unlikely to witness a détente in the political deadlock in the near future