Afghan refugees who fled the Taliban have faced hardship in Iran. The Islamic Republic wants to have friendly relations with the Islamist group next door. 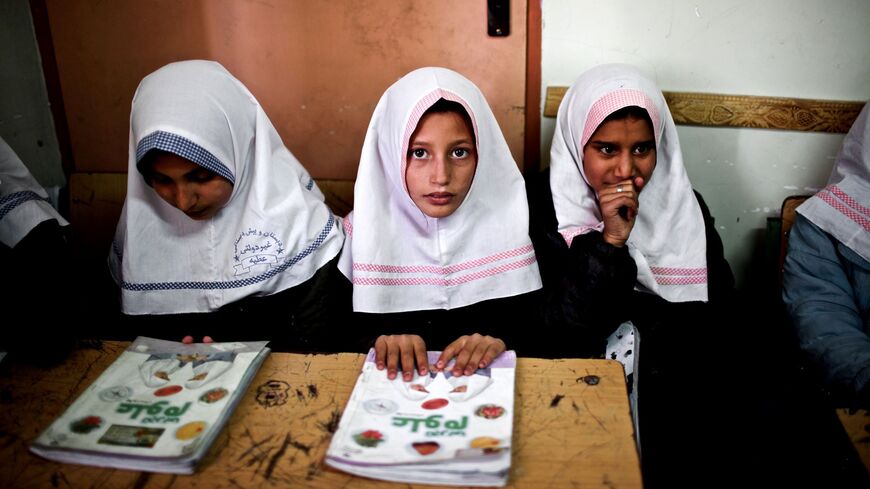 Afghan schoolgirls attend a class at the Shahid Nasseri refugee camp in Taraz Nahid village near the city of Saveh, some 130 kms southwest of the capital Tehran, on February 8, 2015. - BEHROUZ MEHRI/AFP via Getty Images

An Iranian minister said today that Afghan refugees in the country must participate in the census.

Interior Minister Ahmad Vahidi said that not participating in the census is “illegal” and “called on the Afghan nationals to cooperate.” The government wants to determine exactly how many Afghans are in Iran in light of the influx following the Taliban takeover last year, the official Islamic Republic News Agency reported today.

Iran conducts censuses every few years to determine the size of its population.

Why it matters: The move could complicate an already complex relationship between the Islamic Republic and the Taliban. Iran has had mixed relations with the radical Islamist group since they emerged in Afghanistan in the 1990s, and Iranian politicians are divided on how to deal with them. Following the Taliban victory last year over the previous US-backed government, Iran sought to establish relations. Taliban diplomats are now stationed at the Afghan embassy in Tehran.

The relationship has not been without its issues so far. Last month, Iran closed consulates in Afghanistan after protests there against the treatment of Afghan refugees in Iran.

Around 780,000 Afghan refugees are currently in Iran, according to the United Nations.

This is not the first time the refugees have been targeted by the Iranian government. Tens of thousands of Afghans who fled the Taliban were deported from Iran last year, per the UN. Refugees have also reported facing hunger and abuse in Iran.

Know more: The Iranian government is concerned about the country’s declining population. This has led to the passage of harsh laws restricting abortions, among other measures.