Despite a massive security presence, many Iranian cities continue to witness rallies triggered by soaring prices, with protesters chanting slogans against the country's top leadership. 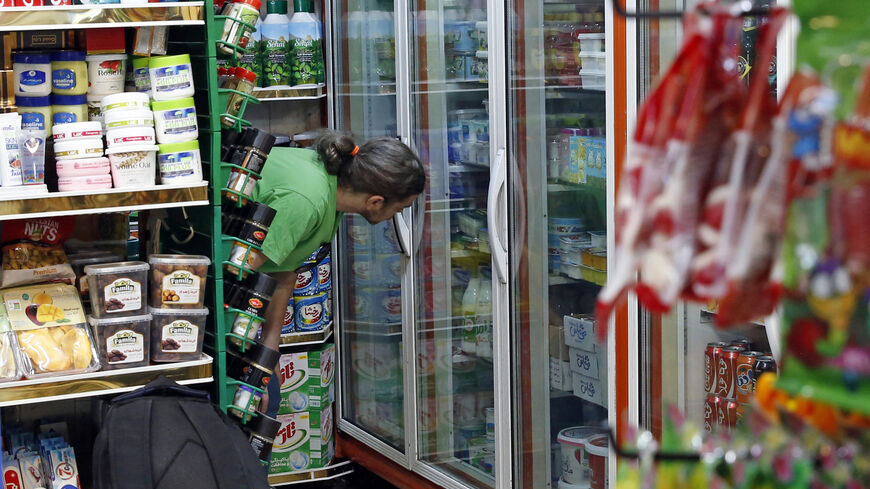 An Iranian shops at a food store in Tehran on May 13, 2021, as prices on basic goods soar. Hundreds of people have taken to the streets in cities across Iran to protest the government's decision to raise the prices of essential goods, state media reported today. - AFP via Getty Images

"Police will act against those individuals with firmness," Rezaee declared in an interview May 19, adding that his forces "will not tolerate" the rallies in which "public and private properties" have been targeted.

Much of Iran's impoverished south and southwest has been rocked by protests over the past 10 days amid a jump in the already high food prices. The new rallies gathered steam after hard-line President Ebrahim Raisi introduced an ambitious regulatory program aimed at abolishing subsidies, making up for them with higher cash handouts. The government has defended the plan as an "economic surgery" leading to a fair distribution of public funds.

Already facing livelihood strains and speaking from past experience, Iranian protesters fear that more biting inflation rates could shoot up prices of products well beyond the list of the designated food staples. Iran's government, on the other hand, has promised that with its controlling economic policies, it will keep the cap as tight as possible.

"The surgery was on people's lives rather than on the economy," tweeted Reformist journalist Omid Feraghat in a sarcastic message to Raisi. "The public has a point to be sacred because it is the market mafia which manipulated the prices. They are even manipulating you, aren’t they?"

Videos making rounds on social media have shown security forces tear-gassing and arresting protesters. In some cases, live rounds have also been reported, with demonstrators seen shouting slogans against Supreme Leader Ayatollah Ali Khamenei and tearing up his portraits. While activist groups have reported a death toll of at least five, the government is dismissive of any fatalities.

On Thursday, state media reported a "spontaneous" counter-rally in the southwestern city of Izeh, which has been the scene of the most intense scuffles. "The religiously zealous people of Izeh rallied to condemn the mosque desecration by hired thugs and mercenaries," wrote ultraconservative paper Kayhan, in reference to one of the rallies in which parts of a mosque were filmed in flames. Opposition outlets blamed the incident on the pro-government militia, arguing that the arson was meant to provide justification for a clampdown.

"The enemies and ill-wishes are taking advantage," Rezaee said in his interview, noting that action against the protests is in response to "requests from the public."

Rezaee recognized "the rights of people to be protesting against higher prices and shortages of commodities." Yet he did not specify if the government was willing to issue formal permits for such rallies.