Iran is seeking damages from Canada and accused it of politicizing the sport. 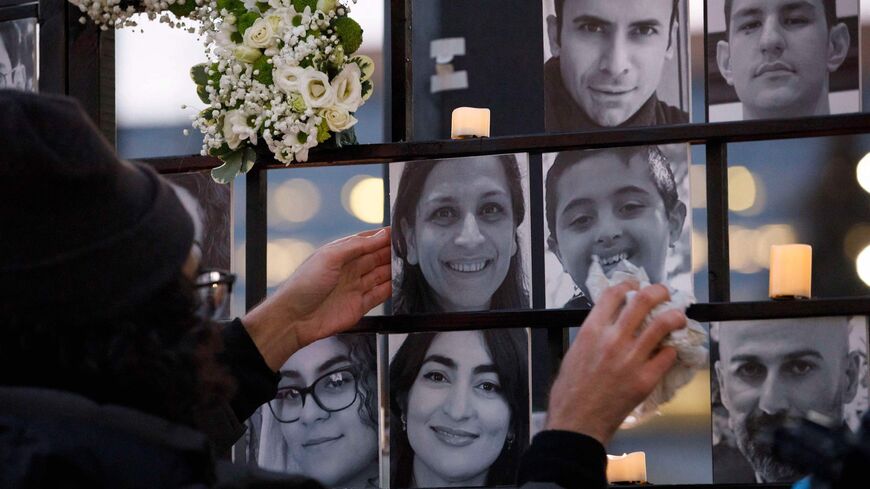 A person wipes the portrait of one of the victims as mourners attend a vigil for the victims of Ukrainian passenger jet flight PS752, which was shot down two years ago over Iran, in Toronto, Canada, Jan. 8, 2022. - COLE BURSTON/AFP via Getty Images

Canada has cancelled an upcoming soccer match with Iran amid high tensions between the two countries.

Yesterday, Canada Soccer released a statement saying it canceled the June 5 match against the Iranian national team in Vancouver.

“Over the past week, the untenable geopolitical situation of hosting Iran became significantly divisive, and in response, the match was cancelled,” said the organization.

The match was intended as a warmup for the FIFA World Cup in Qatar in November. Both Iran and Canada have qualified for the tournament.

The Canadian Broadcasting Corporation reported that the families of those killed on Ukrainian International Airlines Flight 752 protested the match. The aircraft was shot down over Tehran in January 2020 while Iran was striking US military positions in neighboring Iraq. There were 85 Canadian citizens and permanent residents among the dead. Iranian authorities maintain the plane was struck by accident, attributing the disaster to human error and charging 10 people in relation to the incident.

Why it matters:  The tragedy increased tensions between Iran and Canada. In May 2021, a Canadian court ruled that the act constituted terrorism on behalf of the Islamic Republic. Iran publicly rejected the ruling. In June that year, the Canadian government declared that Iranian authorities were “fully responsible” for shooting down the plane and exhibited “recklessness, incompetence, and wanton disregard for human life.”

In response to Canada Soccer’s statement, Iran’s deputy sports minister tweeted that the Islamic Republic is seeking $10 million in damages from Canada over the cancelation.

Know more:  The shooting down of the plane also damaged Iran’s relations with Ukraine. Last November, the Iranian government accused its Ukrainian counterparts of refusing to continue dialogue over the issue. Like Canada, Ukraine rejected Iran’s conclusions regarding the incident.