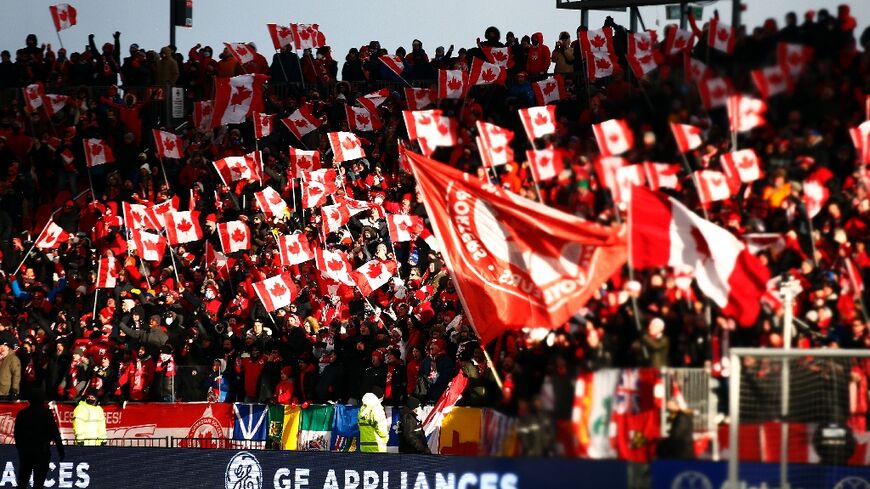 Canadian fans celebrate after the team's qualification for the World Cup in March 2022 - Vaughn Ridley
Agence France-Presse
May 26, 2022 — Montreal (AFP)

Canadian football authorities cancelled an upcoming friendly against Iran on Thursday following a backlash against the game led by Prime Minister Justin Trudeau.

Canada's game against fellow World Cup qualifiers Iran in Vancouver on June 5 was seen by Canadian football authorities as pivotal preparation for this year's finals in Qatar in one of the few remaining international windows of 2022.

However, the fixture provoked a storm of controversy, with Trudeau voicing opposition to the game, describing it this week as a "bad idea."

Eighty-five Canadian citizens and permanent residents were among the 176 people who perished in the tragedy, which the Iranian armed forces later described as a mistake.

"Canada Soccer has cancelled the international match that was scheduled for 5 June 2022 against Iran as part of the men's national team preparations for the FIFA World Cup Qatar 2022," Canada Soccer said in a brief statement Thursday.

The cancellation was welcomed by the Canadian government.

"We commend Canada Soccer for making this decision and we look forward to cheering on our men's soccer team during the 2022 World Cup," sports minister Pascale St-Onge said.

In remarks to Canadian media on Tuesday, Trudeau had hinted that the delegation of players and officials from Iran may not have been allowed into the country.

"I've expressed my concern that I think this game was a bad idea. I can assure you that Sport Canada has not delivered any funding for this game," Trudeau said.

Pressure on Canada Soccer had intensified throughout the week, particularly after reports emerged stating that the Canadian federation was paying $400,000 to Iran for its participation in the fixture.

"This behavior by Canada Soccer is repugnant," Canada's High Commissioner to the United Kingdom Ralph Goodale wrote on Twitter.

"It calls into question both the competence and the values of the organization," added Goodale, a former special advisor to Trudeau on the PS752 tragedy.

"The last thing that our country should be doing is engaging in cordial dialogue with an oppressive and dangerous regime," Lantsman wrote.

The lawmaker welcomed the decision to cancel the fixture on Thursday.

"An overdue but welcomed decision on the path to justice," Lantsman wrote on Twitter.

"Canada's policy with the dangerous Iranian regime is, one of controlled engagement. Sportswashing by the regime -- is not that."

Canada's football team qualified for the World Cup in March for the first time in 36 years, emerging as the surprise package of regional qualifiers to reach the tournament in Qatar ahead of Mexico and the United States.

Canada's only other World Cup appearance came at the 1986 finals in Mexico.