A court in Ontario, Canada, ruled that Iran's 2020 shooting down of Ukraine International Airlines Flight 752, which killed 55 Canadians, was a terrorist act. 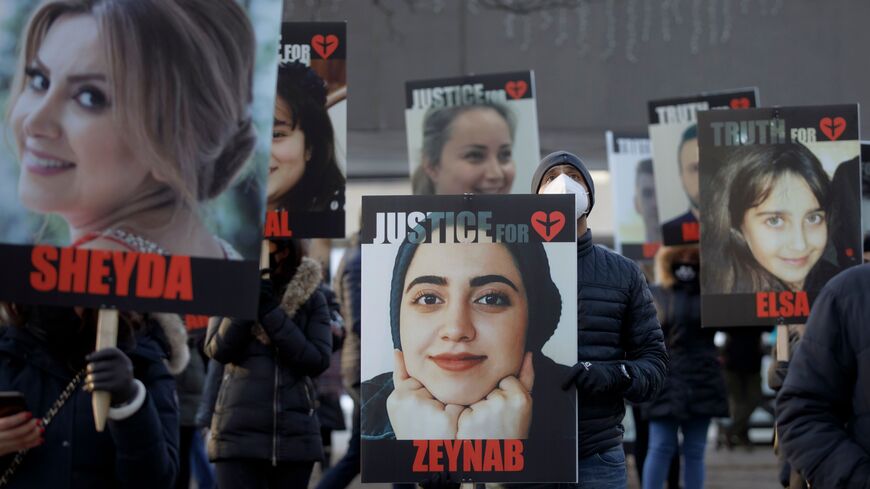 People hold signs with images of the victims of the downed Ukraine International Airlines flight PS752, which was shot down near Tehran by Iran's Revolutionary Guard, as family and friends gather to take part in a march to mark the first anniversary, in Toronto, Ontario, Canada, on Jan. 8, 2021. Canada and other nations whose citizens died in Iran's downing of a Ukranian jetliner on Jan. 8, 2020, called on Tehran to come clean about the tragedy and "deliver justice" for the victims' families. - COLE BURSTON/AFP via Getty Images

Iran has rejected a Canadian court’s decision that it is liable for the shooting down of a passenger plane carrying Canadian citizens last year.

The top court in the Canadian province of Ontario ruled Thursday that the shooting down of Ukraine International Airlines Flight PS752 was an act of terrorism by the Iranian state. The ruling allows families of the victims to seek damages from the Islamic Republic, the Canadian Broadcasting Corporation reported.

Ukraine International Airlines Flight 752 was shot down on Jan. 8, 2020, by the Islamic Revolutionary Guard Corps shortly after taking off from Tehran. All 176 people on board died, including 55 Canadian citizens. Many of those on board were dual nationals of Iran and other states. At the time, Iranian forces were in the middle of striking US military positions in neighboring Iraq. The legal decision was the result of a lawsuit brought by some families of the victims.

The Iranian government said the tragedy was the result of a human error, as air defense forces mistook the aircraft for a military target during the conflict with the United States. An Iranian court charged 10 people in relation to the incident in April.

In response to the court’s decision, Iran’s Foreign Ministry spokesman told reporters that Canada has no jurisdiction in the case.

“Everyone knows that the Canadian court basically has no jurisdiction over this air crash or any possible failure in an incident that has occurred outside Canada’s territory,”  Saeed Khatibzadeh said Friday, according to the semi-official Press TV.

Khatibzadeh added that the decision was “politically motivated” and would disrupt international aviation law, according to the outlet.

The incident damaged Iran’s relations with Ukraine as well. In March, Ukraine’s foreign minister rejected Iran’s conclusion that the shooting was caused by human error.

Regarding possible restitution, Iran has allocated 200 million euros ($243 million) for the families of the victims, according to Press TV.