The Iranian government said last year's shooting down of Ukraine International Airlines Flight 752 was the result of a human error. 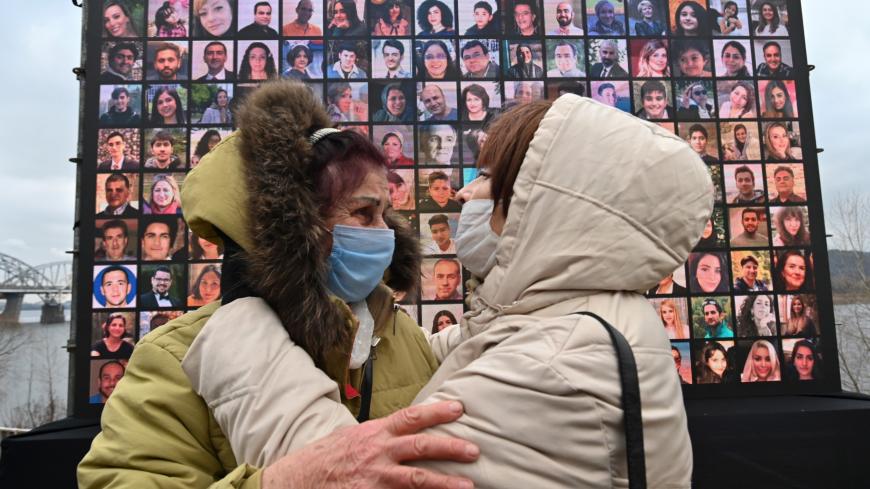 Relatives hold each other on Jan. 8, 2021, in Kiev, Ukraine, in front of a huge screen bearing portraits of crew members and passengers of Ukraine International Airlines Flight 752 who were killed when Iranian forces shot down the plane on Jan. 8, 2020, in Tehran, Iran. The screen was part of a commemorative ceremony that took place at the site of a future memorial along the Dnipro River. - GENYA SAVILOV/AFP via Getty Images

The Iranian government has concluded that the fatal shooting down of a Ukrainian plane last year was the result of human error. Ukraine, however, has rejected the findings.

Ukraine International Airlines Flight 752 took off from Tehran’s Imam Khomeini International Airport for Kiev on Jan. 8, 2020. Shortly after takeoff, the plane was shot down by Iran’s Islamic Revolutionary Guard Corps (IRGC), which led to the deaths of all 176 people on board. At the time, Iran was conducting retaliatory strikes against the US military in Iraq following the death of IRGC commander Qasem Soleimani. Many of the victims were dual nationals of Iran and Canada, and there were also citizens of Ukraine, Sweden and other countries aboard the flight.

The Iranian government’s final report on the incident concluded that an air defense operator mistook the plane for a hostile target and fired two missiles at it, Reuters reported Wednesday.

The Ukrainian foreign minister rejected the report, however, saying it was “biased” and “deceptive.”

“This is not a report, but a collection of manipulations aimed not at establishing the truth but acquitting the Islamic Republic of Iran,” said Dmytro Kuleba in a video statement Wednesday. “We will not let Iran hide the truth or avoid responsibility for this crime.”

Some people suspect the downing was intentional.

Canada also has criticized the Iranian investigation for lacking transparency. In a joint statement, Foreign Minister Marc Garneau and Transport Minister Omar Alghabra said, "It is clear we still do not have answers as to why Iran did not put in place the necessary measures, such as a full closure of their airspace, to prevent such a tragedy."

Iran agreed to pay compensation to the families of the passengers in November.