Iran concluded that the deadly strike last year was the result of an air defense mistake, but Ukraine has so far rejected this conclusion. 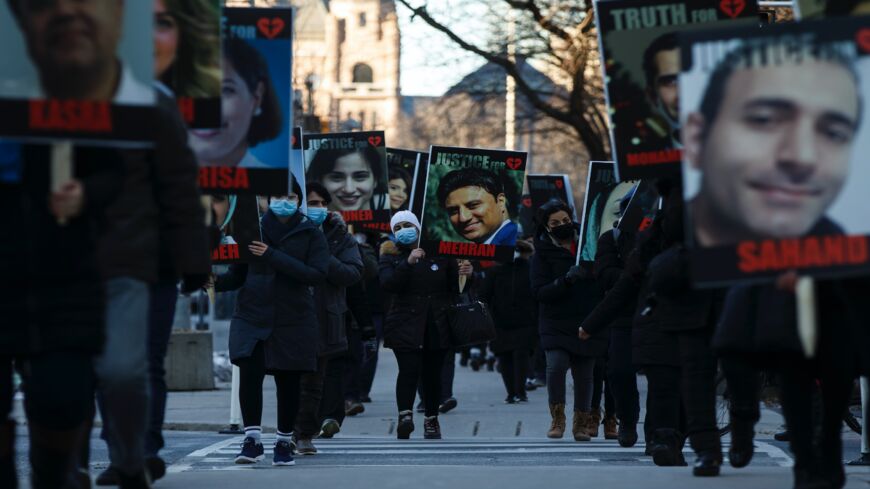 People hold signs with images of the victims of the downed Ukraine International Airlines flight PS752, which was shot down near Tehran by Iran's Islamic Revolutionary Guard Corps, as family and friends gather to take part in a march to mark the first anniversary, in Toronto, Ontario, Canada, on Jan. 8, 2021. Canada and other nations whose citizens died in the tragedy called on Tehran to come clean about the tragedy and "deliver justice" for the victims' families. - COLE BURSTON/AFP via Getty Image

An Iranian military prosecutor announced indictments for 10 people on Tuesday over the deadly shooting down of a Ukrainian passenger plane last year.

Ghulam Abbas Turki did not provide many further details on the charges and described the indictees as “responsible.” He said there would be a trial this year, the state Iranian Students’ News Agency reported.

Ukraine International Airlines Flight 752 departed Tehran on Jan. 8 but was shot down by Iran’s Islamic Revolutionary Guard Corps (IRGC) shortly after takeoff. All 176 people on board died. Iran was conducting retaliatory airstrikes against US military positions in neighboring Iraq at the time following the US drone strike that killed IRGC commander Qasem Soleimani in Baghdad days earlier. Many of the departed were Iranian dual nationals, and citizens of Ukraine, Canada and other countries were on board.

In March, the Iranian government concluded that the fatal incident was the result of human error, saying an air defense operator mistook the plane for a hostile target. The Ukrainian Foreign Ministry dismissed the report, calling it a “collection of manipulations.” Ukraine has not commented on the news of the indictments.

Turki did not mention when the trial would take place.