Israel’s relatively new natural gas supply plays a major role in the country’s relations with its neighbors in the eastern Mediterranean Sea. 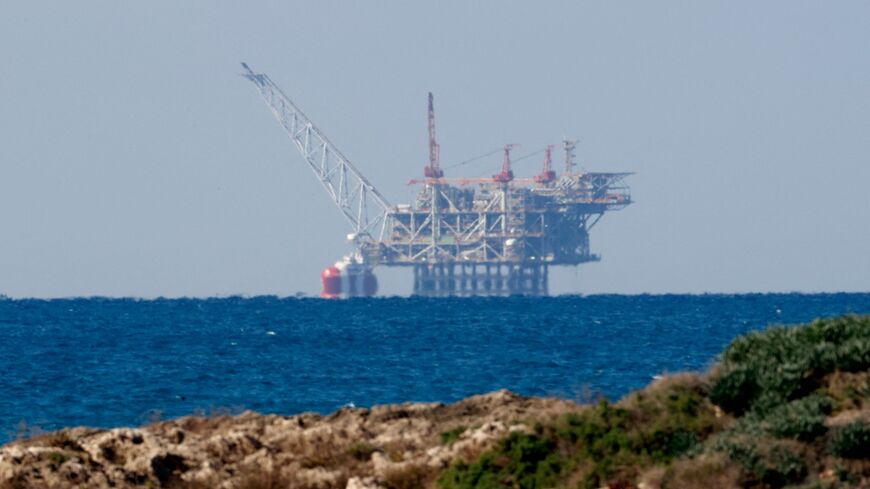 A view of the platform of the Leviathan natural gas field in the Mediterranean Sea is pictured from the Israeli northern coastal city of Caesarea on Jan. 25, 2022. - JACK GUEZ/AFP via Getty Images

More natural gas has been discovered off the coast of Israel, a British energy company announced today.

Energean said in a press release that it found 8 billion cubic meters of gas in an area known as Athena near Israel’s Tanin field, west of the northern city of Haifa. The London-based firm said it's considering options to sell the gas domestically in Israel and may also export it to Egypt via an agreement with the Egyptian Natural Gas Holding Company. Another option is to export it as liquified natural gas via pipeline in Egypt and Cyprus to Europe.

Why it matters:  Israel discovered natural gas in its waters in the eastern Mediterranean Sea in the early 2000s, before which Israel's energy resources were few.

The gas discovery has significantly affected Israel’s relations with other states in the eastern Mediterranean. Israel and Cyprus are in the midst of a territorial dispute over a gas field in the sea. Israel and Egypt have signed numerous gas shipping agreements in recent years. Turkish President Recep Tayyip Erdogan is also interested in cooperating with Israel to export gas to Europe. Negotiations in Israel and Lebanon's dispute over gas fields in the sea have continued on and off since 2020.

Some European countries are also exploring the possibility of importing Israeli gas in response to the Russian invasion of Ukraine.

Know more:  Israel’s NewMed Energy said in February it was in negotiations to conduct energy exploration off the coast of Morocco. NewMed Energy operates in Israel’s Leviathan gas field southwest of Tanin.